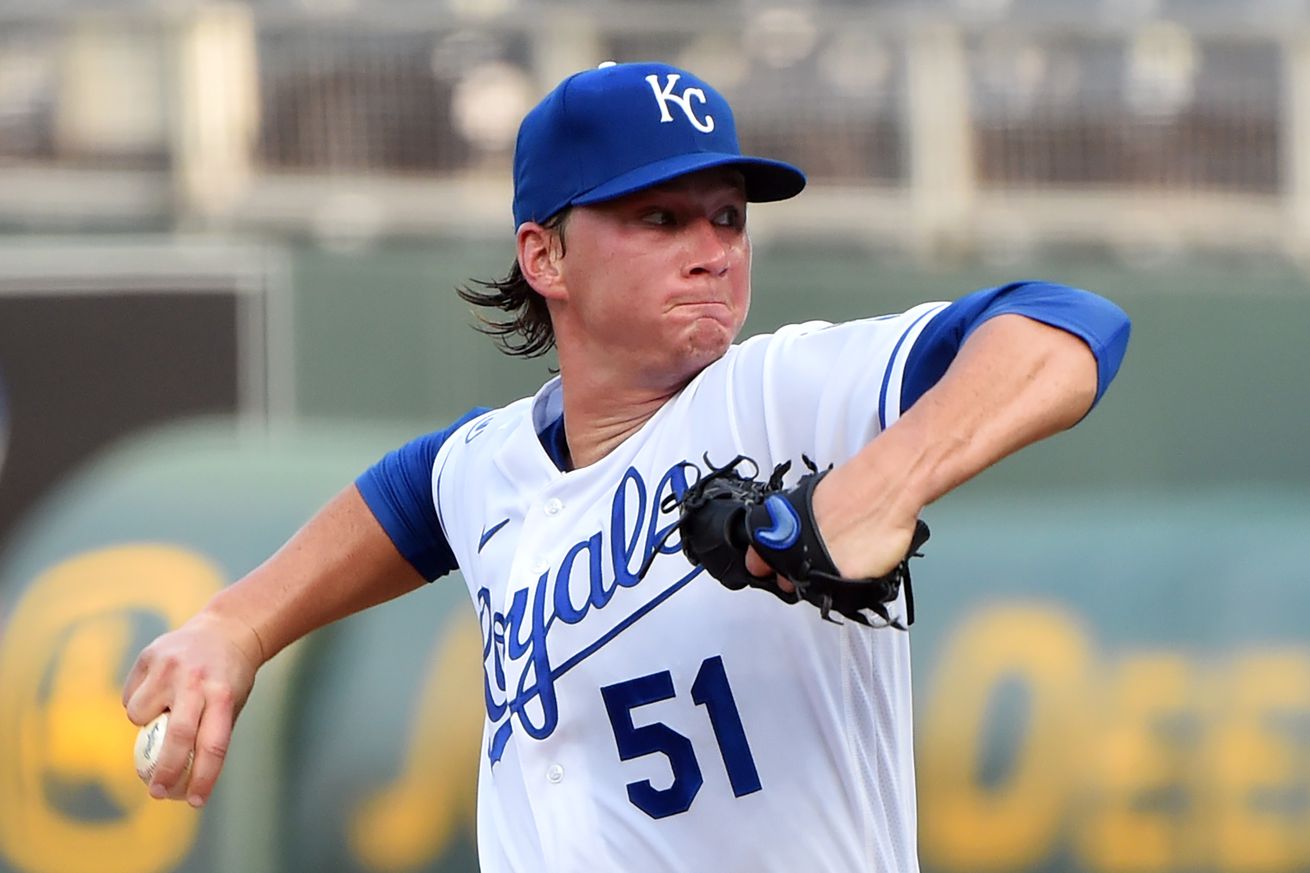 Things did not go as planned for Brady Singer, tonight. | Photo by Ed Zurga/Getty Images

You can blame the offense for this one.

A couple of weeks ago I wrote about the inconsistency of the Royals’ hitters. Immediately after I did that the team got hot and it was easy to wonder if maybe they had figured it out after all. But, of course, that’s the nasty part of the inconsistency – they’ll get hot for a minute and play at the top of their ability and it makes you want to believe that this time they’ve figured it out. And they never have.

The pitching, admittedly, wasn’t great in this one. Brady Singer gave up four runs in four innings. However, he struck out three and walked none. He also gave up only two hits when he settled down after the first inning. I found the start as promising as any he’s had this year for how good he looked after struggling through the first inning. Ian Kennedy gave up three runs in relief and it’s fair to wonder if he’s just done. Mike Matheny is doing a lot of things right, from an analytical perspective, but continuing to start Alex Gordon and allowing Tyler Zuber and Ian Kennedy to pitch in close games defies any kind of reason.

However, the hitting was the real problem, tonight. The Royals had great scoring opportunities in the third, fifth, and sixth innings and came away with only two runs in the fifth – one of them a solo home run by Alex Gordon who, despite my complaining, didn’t make an out at the plate, tonight.

That was the highlight. Some of the lowlights included Maikel Franco grounding into a double play on a 3-0 pitch, Cam Gallagher failing to get a bunt down with runners at first and second and nobody out, and Adalberto Mondesi overswinging his way into a strikeout with the bases loaded.

The Royals will – thankfully – play their final game of the season against the Twins tomorrow afternoon. Kris Bubic will take the mound for the Royals. Unlike Danny Duffy last night and Singer tonight who both had to pitch three straight games against last year’s top home run team it will be only his second straight start against them.