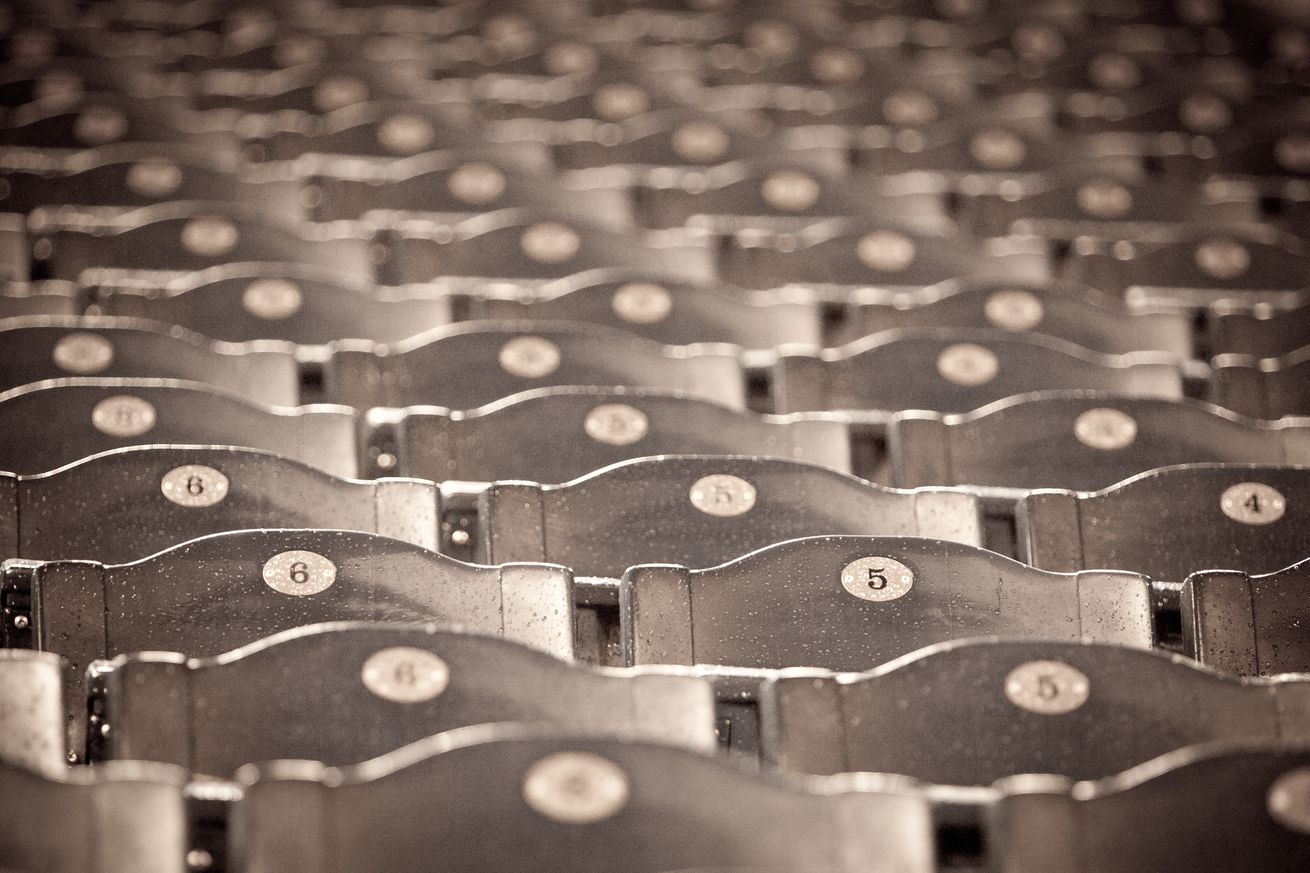 What should baseball do?

The outbreak of COVID-19 virus or coronavirus has been officially declared a global “pandemic” by the World Health Organization, having spread to 114 countries including the United States. Over 120,000 worldwide have contracted the disease with over 4,000 deaths. China, South Korea, Italy, and Iran have been hit the hardest so far, but the United States is starting to feel the effects as well with over 1,000 known cases and 32 deaths, with Seattle, New York, and San Francisco among the hardest-hit areas so far.

The outbreak has caused conferences, concerts, parades, and other major gatherings to be cancelled as health officials try to prevent the spread of the disease. Among the major events cancelled or postponed over health concerns include SXSW in Austin, the Coachella music festival, the Chicago St. Patrick’s Day parade, and the Houston Livestock Rodeo.

Of course, some of the largest gatherings of people are for sports. The city of San Francisco has temporarily banned all gatherings of 1,000 people or more, meaning the NBA’s Golden State Warriors will have to play games without fans. Seattle has issued a similar ban for gatherings of 250 people or more, meaning the MLS Sounders and the XFL Dragons will have to consider playing in an empty stadium or consider moving their games. Ohio Governor Mike DeWine is also expected to ban gatherings for major events, which will impact the NBA’s Cavaliers, the NHL’s Blue Jackets, and NCAA tournament games scheduled to take place in Dayton and Cleveland in the next two weeks.

But it won’t be just tournament games in Ohio without fans, as this afternoon the NCAA has made the unprecedented decision to close the entire national tournament to spectators. Some conference tournaments have already made similar decisions for their tournaments this weekend (update: the Big XII tournament will not have fans beginning on Thursday), and the Ivy League went ahead and cancelled their conference tournament.

All the D1 baseball programs that have canceled classes or moved to remote instruction, according to @d1baseball pic.twitter.com/YSHXImOQ0e

So far, the only steps MLB has taken has been to temporarily prohibit media access to the clubhouse and some teams have taken steps to limit human-to-human contact when players sign autographs for fans. But with baseball season scheduled to start in just two weeks, MLB will have to make some difficult decisions on how to proceed. Teams could play games with no fans, as Italian soccer clubs did before the league suspended the season. The Orioles hosted a game with no fans in 2015 after civil unrest following the death of Freddie Gray. However there are concerns about having players travel to cities with outbreaks, even without fans present. And some players have protested the idea.

Logging on for this tidbit: IMO.. I don’t want to play in any empty stadiums. Fans are one of the BEST parts about this game. I hope everyone stays safe but damn, NO FANS!?!? I want to hear the roar of MMP & even the boos that will come. I’m out! Blessings ⚡️

MLB could also consider moving games in cities with outbreaks to areas without any reported cases. Already there are discussions to relocate Mariners regular season games to their spring training facility in Peoria, Arizona. If bans on gathering in San Francisco and Ohio are still in place by the start of the season, the Giants, Reds, and Indians may have to consider alternate game sites as well. The Royals are scheduled to begin the season in Chicago. There have been 25 confirmed cases of coronavirus in Illinois, most of them in the Chicago area, including a downtown worker. There has also been one reported case in Kansas, in the Kansas City area.

MLB could also consider delaying the start of the season altogether, as leagues in Japan and Korea have already done. Rescheduling games would be a logistical nightmare, and more likely they would have to cancel games and shorten the season, which would present a host of problems with TV contracts and player contracts.

The big concerns with these gatherings is the spread of the virus. The number of known cases around the world has grown exponentially. The best way to combat further spread is “social distancing”, or avoiding person-to-person contact as much as possible. That, along with mass screenings and mass testings, have made an impact to stem the viral spread in South Korea, but it has also come at great economic impact.

While some 80 percent of the population will only experience mild symptoms or no symptoms at all with coronavirus, those with underlying health problems or immuno-compromised populations like the elderly could be at a much higher risk of death. The mortality rate of coronavirus is estimated at around three percent, ten times more lethal than the seasonal flu. There is no known cure and no vaccine for coronavirus.

Having a viral pandemic will also place a great strain on hospitals and supply chains, as medical professional will have to stretch personnel and resources to cope with the number of people that need to be treated. Already in Italy, hospitals are having to make difficult decisions on who can get care. The sooner the U.S. can “flatten the curve”, the better it can avoid reaching a crisis point in the health care system.

Sports are a great diversion from the more serious problems in the world, but we also have to recognize their priority should be secondary to public health. Right now, baseball has time to explore options for all contingencies. But the United States will need to get out in front of this disease quickly before its options become more limited.

You can monitor coronavirus updates and receive guidance from the CDC here. And remember to wash your hands!

What do you think baseball should do about the upcoming season?