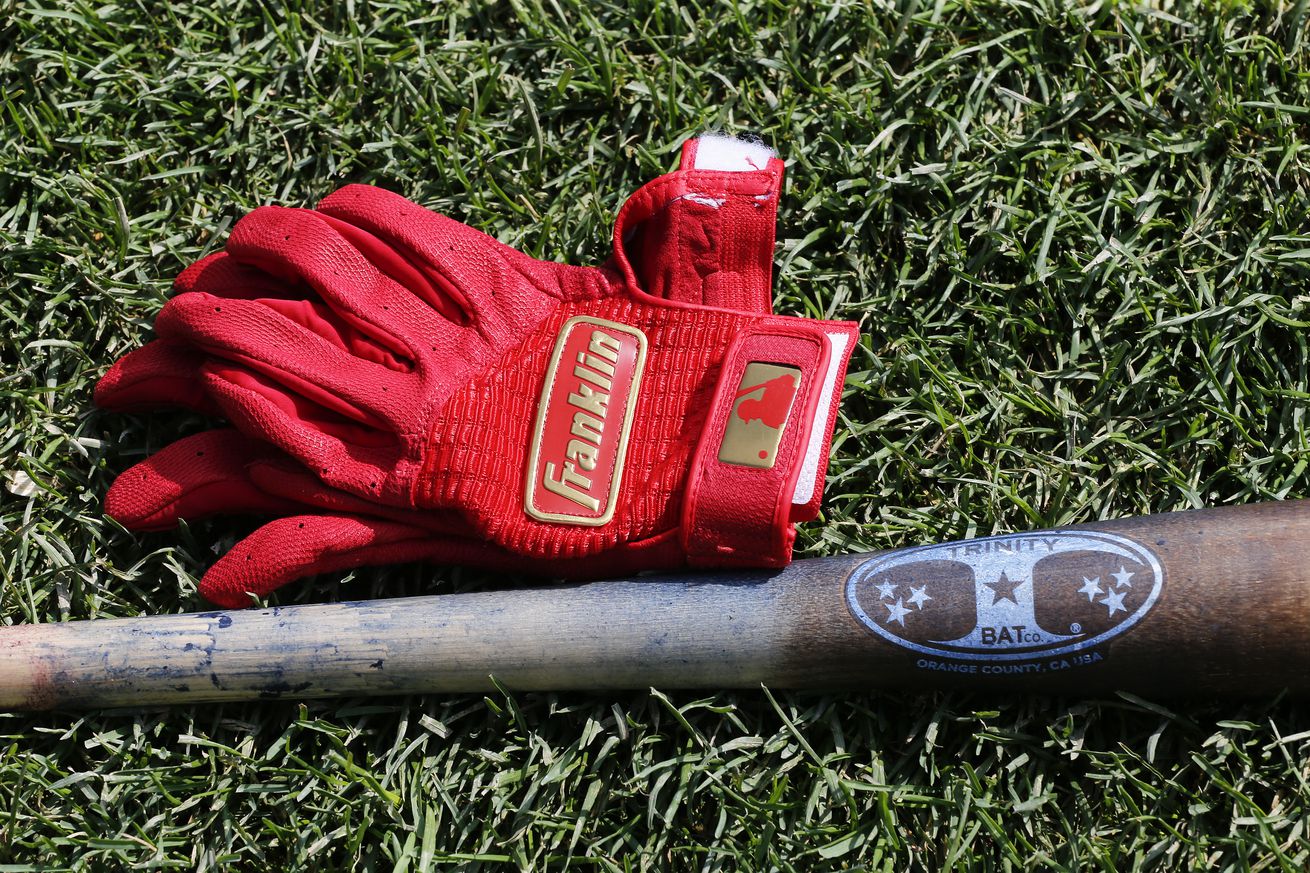 A bat and a set of Franklin baseball gloves belonging to Ben Zobrist #18 of the Chicago Cubs were sitting on the field non the first day of his return to the club following an absence of several months prior to a game between the Chicago Cubs and the Milwaukee Brewers at Wrigley Field on September 01, 2019. | Photo by Nuccio DiNuzzo/Getty Images

Sometimes people do stupid stuff. When I was, I don’t know, 10, I shoved my classmate to the ground during recess in full view of the teachers. It was not one of my strongest moments. I don’t even know what he did to elicit that particular response, and it didn’t matter: I was in deep trouble. When the teachers came over, I knew I had to do something, so I took particular care in apologizing to my classmate; it was something along the lines of “I’m sorry. I shouldn’t have done what I did. Will you forgive me?”

I still went to the principal’s office. But, even at 10, I knew the power of a good apology.

Sportsball players are also people, and as people they also do stupid stuff that needs apologizing for. They also tend to know the power of a good apology. But I am routinely floored about how unbelievable terrible so many apologies are. They are often so, so very bad.

I’ve been kicking around the idea for this article for a while now because no team is made up of perfect people that always do perfect things. Kansas City Royals fans don’t even have to think very hard to come up with a time in which a current Royal issued an awful apology for a serious wrongdoing: Danny Duffy’s DUI charge in August of 2017. Another Royals or Chiefs player will perform an apology-worthy act again and how they apologize matters.

But, of course, what really kicked off this article now was the Houston Astros’ total and unbelievable firestorm of a hideous excuse of a press conference last week about their cheating. Their apologies were so magnificently terrible that it’s worth analyzing what an apology is and what makes it good and why their apologies didn’t cut it.

What’s the point of an apology?

So, this may seem very complicated. I assure you it is not. Every apology in the history of media follows the same basic format for the same basic reasons. Here’s what an apology isn’t for:

Here’s what an apology is for:

That’s it! That’s really it. Simple. But that’s only the broad purpose, and it can be technically possible to pull off an apology without making a meaningful apology.

They say the first step is admitting you have a problem, and that’s also true for an apology. A person’s apology that doesn’t inherently and explicitly mention the wrongdoing and, if applicable, that person’s role in said wrongdoing, it by definition isn’t an apology. It’s a statement in the form of an apology. But it’s mostly just nonsense dressed up in a format people generally understand, much like Arnold Schoenberg’s entire body of work.

In Duffy’s case, he never addressed that he got into a DUI and just danced around it during his initial statement. It’s part of why it was weak, but not all of it, because he also didn’t…

Acknowledge the Suffering Caused by the Wrongdoing

Bad things are bad because of specific reasons. That sounds like the fluffiest sentence I’ve ever wrote, but it’s absolutely true; I promise. An act of wrongdoing has negative consequences for others—that’s why it’s wrong. Therefore, in an apology, you must acknowledge what that pain is, how it was caused, and who suffered that pain.

Poor apologies dance around this, too. It’s important to note that nobody has to actually be hurt for suffering to occur. Again, in Duffy’s case, he didn’t hurt anybody. However, behaving such recklessly could have potentially resulted in harm to others, absolutely reflected poorly on the Royals, and was a terrible example for kids that looked up to Duffy.

Apologize for the Wrongdoing

It’s important to note here that intent does not matter. If a player said something sexist or homophobic or whatever and was genuinely caught off guard by the response, that intent is irrelevant: wrong happened, so apologize for it, and then vow to do better.

An Example of a Terrible Apology

Below is Alex Bregman’s apology on the first media day of Spring Training in its entirety:

I’m really sorry about the choices that were made by my team, by the organization, and by me. I’ve learned from this and I hope to regain the trust of baseball fans. I would also like to thank the Astros fans for their support. We as a team are totally focused on moving forward to the 2020 season. Thank you.

Let’s run it through the good sports apology test:

Uh, no? It doesn’t acknowledge anything. It says stuff about “the choices” but doesn’t even go the bare minimum of saying what those choices were. Also to get a little technical with the writing of the apology: it was written in passive voice (choices were made) as opposed to the much stronger active voice (we made choices).

Absolutely not. What suffering? What could sign stealing possibly do in a zero sum game like baseball? Let’s not mention that here!

Bregman uses the word “sorry” here, which is kinda something, but otherwise no there’s not much apologizing for what happened— the act of performing illegal sign stealing, and not just the choices (which sounds like an unreleased M. Night Shyamalan film).

Taking all that we’ve learned today, I’d like to craft a better apology for Bregman. Good apologies don’t need to be long. This one isn’t appreciably longer than his, but it’s much more potent:

I would like to apologize for my participation in our sign stealing operation and for the operation as a whole. There is ultimately no excuse for cheating, and we recognize the harm this has done to other players as well as the reputation of our team and Major League Baseball. My teammates and I intend to use this as an opportunity to improve and be better ambassadors for the Astros and the league. Thank you.

The shitshow that is the current Astros situation is due to a lot of factors; however, a large contributing factor has been the lack of an acceptable apology. A good apology defuses tension and begins the process of healing through contrition and humbleness. Another way to determine if an apology is good is through its effectiveness, and there has been no clearer example than what has happened here.

But failed apologies by the Astros in the last few weeks as well as Duffy in 2017 are only two such examples. There will be many more. Kansas City fans will encounter these situations again, as will other fans for other teams. It will behoove us to determine which apologies are good and which ones aren’t.