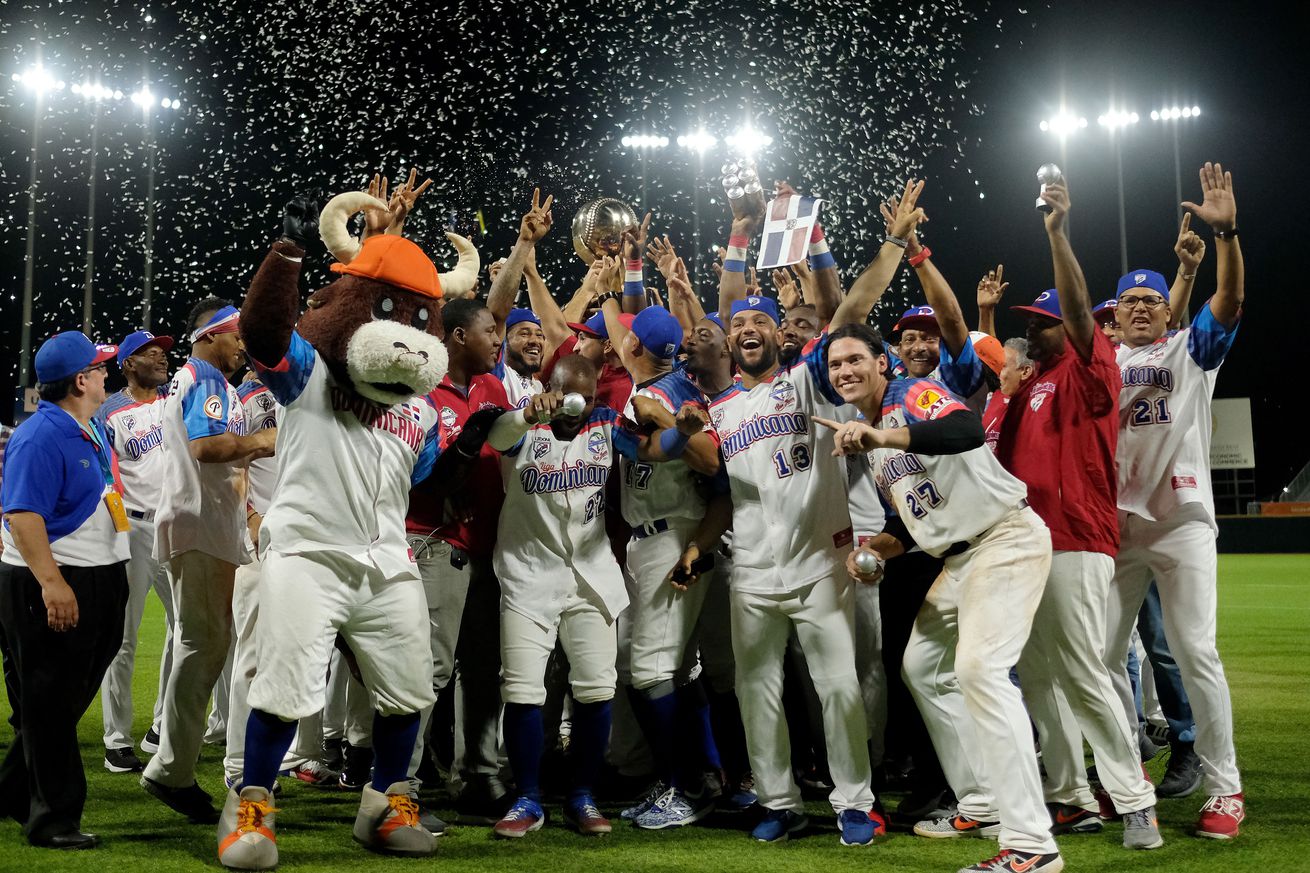 It has been a cold winter without baseball in Kansas City, but in other, warmer parts of the world, baseball has been played the last few months. For some Royals players, there has been little off-season. Instead, they have spent their winter honing their skills in the Caribbean and even as far away as Australia.

Playing in winter ball is a tradition that has lasted decades with numerous Hall of Famers participating such as Willie Mays, Sandy Koufax, Pete Rose, Reggie Jackson, and Rickey Henderson. The Caribbean Series began in 1946, pitting the top team from each of the Caribbean winter leagues to participate in a round-robin tournament. The participating leagues can vary, but it is typically composed of leagues in Cuba, Puerto Rico, Dominican Republic, Mexico, and Venezuela. This year, leagues from Panama and Colombia joined, while Cuba could not participate in the tournament in Puerto Rico due to visa issues with the United States.

Teams are usually made up of native players, although you will often see American-born players looking for a chance to get some extra playing time against top competition. The teams can feature some big Latin American stars looking to play in their home country, and crowds are usually boisterous and loud. Let’s take a look at how some Royals players fared in winter leagues.

Outfielder Nick Heath seemed to love his time with Tigres del Licey in the 50-game Dominican League. The speedy outfielder hit .252/.336/.359 in 34 games with 16 steals in 17 attempts.

Holy s**t… Dominican Republic Winter League baseball is ELECTRIC!! First time I’ve ever NOT been able to hear my teammates yelling at me from 20 feet away. Is this game 7 or just Opening Day?

Heath was joined by infielder Erick Mejia, who hit .273/.366/.333 with eight steals in 39 games and 20 walks. Ryan McBroom appeared in just eight games for Licey, hitting .231/.310/.423 with a home run. Royals minor league pitchers Foster Griffin and Tyler Zuber excelled for Licey. Griffin posted a 2.31 ERA with 31 strikeouts in 23 1⁄3 innings, while Zuber had a minuscule 1.20 ERA in 15 innings of relief. Ofreidy Gomez pitched in just two games. The team was loaded with former big leaguers like brother and former Royals Jorge and Emilio Bonifacio, infielder Hanley Ramirez, and pitcher Ervin Santana and the team definitely found ways to celebrate as they ended up in the league finals.

Third baseman Kelvin Gutierrez, who missed the last month of the season with a fractured toe, was back on the baseball field with Gigantes del Cibao. although he appeared in just three games. Yunior Marte had a 4.32 ERA in 16 2⁄3 innings out of the bullpen with 13 strikeouts and 9 walks. The team also featured former Royals like infielder Ramon Torres, minor league outfielders Elier Hernandez and Donnie Dewees, and 37-year old reliever Ramon Ramirez.

In the 32-game Puerto Rican League, Khalil Lee had his season cut short after just five games when he was struck in the hand by a pitch, causing a fracture. Lee has been invited to big league camp, so the Royals must be expecting him to be ready for spring training. Lee was joined by third baseman Emmanuel Rivera, who hit .309/.353/.439 with three home runs in 31 games. Jorge Lopez had a 2.81 ERA with 12 strikeouts and 4 walks in 16 innings and minor leaguer Holden Capps had a 2.04 ERA in 17 2/3 innings, although with 11 walks. The team featured former Royals like pitchers Eric Stout and Jonathan Sanchez, and still creating post-season drama was infielder Christian Colón.

One Royals prospect went all the way to the other side of the world to play ball this winter. Infielder D.J. Burt spent his winter (summer down there) playing in Australia for the Melbourne Aces. He hit .338/.403/.400 with three steals in 16 games on a team that also featured former big league slugger Delmon Young and former Royals reliever and Australian native Peter Moylan. Former Royals minor leaguer and Australian native Ryan Dale played infield, and Allan de San Miguel, who was once a Royals farmhand and was on the minor league coaching staff last year, caught for the Aces.