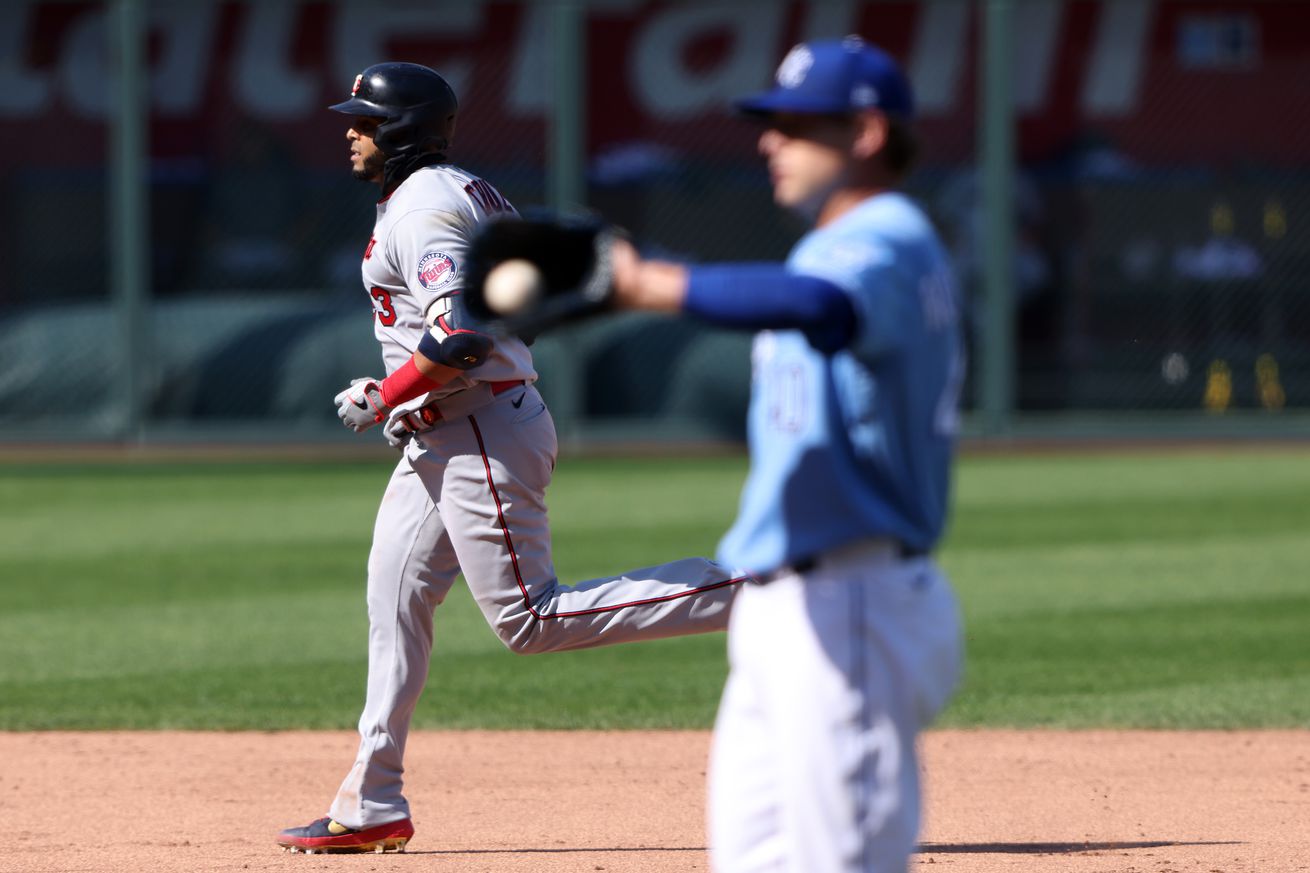 Nelson Cruz #23 of the Minnesota Twins rounds the bases after hitting a home run off Trevor Rosenthal #40 of the Kansas City Royals during the 9th inning of the game at Kauffman Stadium on August 23, 2020 in Kansas City, Missouri. | Photo by Jamie Squire/Getty Images

There is also a fourth thing that is true and applicable here, which is that COVID-19 has scuttled many things, one of them being schedule parity. The result? Some teams this year have had really brutal schedules, while others have had very easy schedules. And the Royals are in the former camp, enough so that it behooves maybe taking a second look at how bad the Royals have been.

In a normal season, each team plays their own divisional opponents 19 times and every other team in the league either six or seven times. The rest of the games come from interleague play. Most of those games come from one division, which rotates. For instance, in 2018 the Royals played the National League Central, and in 2019 they played the National League East. The rest of the games come from interleague rivalry games, which is why the Royals and the St. Louis Cardinals play each other even when the NL Central isn’t the AL Central’s interleague match.

The result? Though teams play 47% of their games against their divisional opponents, they play a large swath of opponents and strength of schedule generally evens out unless your division and your interleague division are full of good teams.

But, of course, 2020 is as abnormal as you can get. To limit travel as much as possible, each team plays the other four teams in their division 10 times. The other 20 games come from interleague games with the corresponding geographic location—aka, the AL Central plays the NL Central, and so on.

The result is that there is a potential for a lopsided schedule—starting with your divisional opponents. Instead of 47% of games being against divisional opponents, two thirds (or 67.67% if you want that) come from four opponents. And depending on the your same-geographic interleague division, you could experience two divisions that are particularly good or bad.

All this is to say that, combined with scheduling quirks, you could get a really awful stretch of games—such as this year, when the Royals played 34 of their first 45 games against opponents with a winning record.

How did this happen? Primarily, it happened because of this:

At the time of me writing this, those three teams are a combined 86-55 with a +156 run differential. Then, the Royals had

So while the Royals certainly aren’t world beaters, there is a solid argument that the Royals have been unduly screwed so far by their schedule, an argument that is supported by some interesting analytics. In addition to simple wins and losses, there are additional metrics called first, second, and third order winning percentages that can be used to tell how lucky a team has been. Without getting too in the weeds, these metrics look at underlying data—runs scored and batting lines independent of sequencing. Third order winning percentage also takes into account strength of schedule.

When looking at these winning percentages, you can clearly see that there is a particular jump when looking at Kansas City’s strength of schedule:

Yes, you’re reading that correctly: taking into account the underlying batting lines of the Royals and their opponents and adjusting for strength of schedule suggests that the Royals should be a .500 team.

What does this mean, if anything? Well, it might just suggest that the Royals are closer to contention than they have looked for most of the year. They have sure settled into a groove lately. It will be interesting to see how everything pans out for the rest of this short season, that’s for sure.