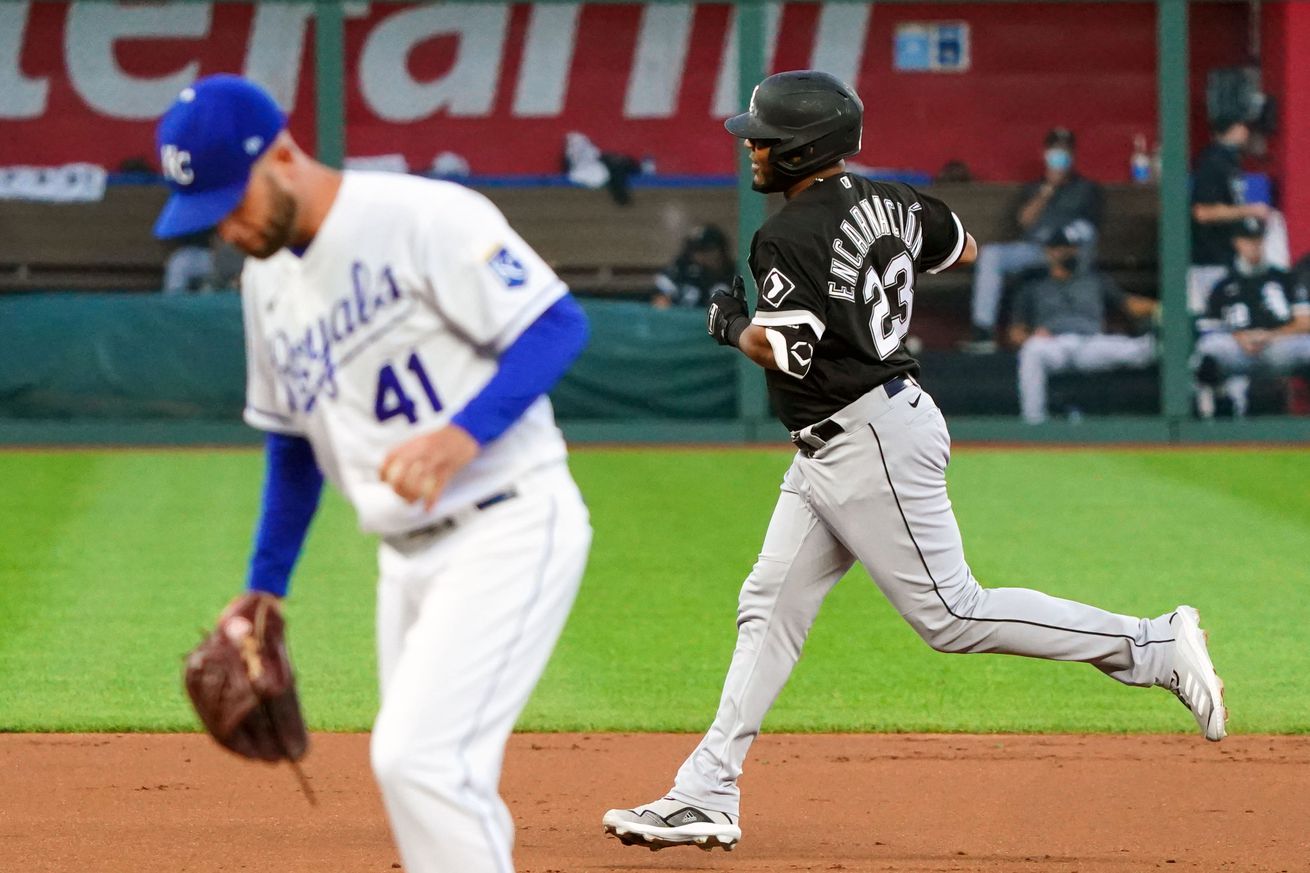 A pair of five-run innings sunk Danny Duffy and the Royals in a series-opening 11-6 loss to the a White Sox tonight. The loss was Kansas City’s 8th in the span of 11 games while Chicago moved to within half a game of Cleveland in the AL Central.

Hunter Dozier jumped on the White Sox quick, homering off of Chicago starter Dylan Cease to put the Royals up 1-0.

Kansas City starter Danny Duffy labored through his first two innings, though, with seven of the first 11 batters reaching against him.

He escaped the first inning with no damage done, but Edwin Encarnacion led off the 2nd with a home to tie the game. Duffy got Yoan Moncada to line out before the next four batters reached base, including a bases loaded walk to Tim Anderson to give the White Sox their first lead of the night. The floodgates opened after that.

Duffy’s control problems continued with a two-out wild pitch and another walk to load the bases back up. Jose Abreu broke the game open with a double to make it a 5-1 game.

It would have been 6-1 had it not been for another Alex Gordon-to-Adalberto Mondesi relay. In the end, Duffy gave up four hits and walked three batters in the inning.

Anderson added a homer of his own in the 4th to make it 6-1.

Aside from the Dozier homer, the Royals offense was nonexistent until an Alex Gordon double chipped away at the White Sox lead, making it a 6-2 game. They added two more on a Nicky Lopez double to make it 6-4 after six innings.

However, any hopes of a comeback were quelled in the top of the 7th. A five-run inning, capped off by a Luis Robert three-run homer, put Chicago up 11-4.

The Royals would add two runs in the 8th to solidify the final score at 11-6. They did threaten in the 9th by loading the bases but we’re unable to score.