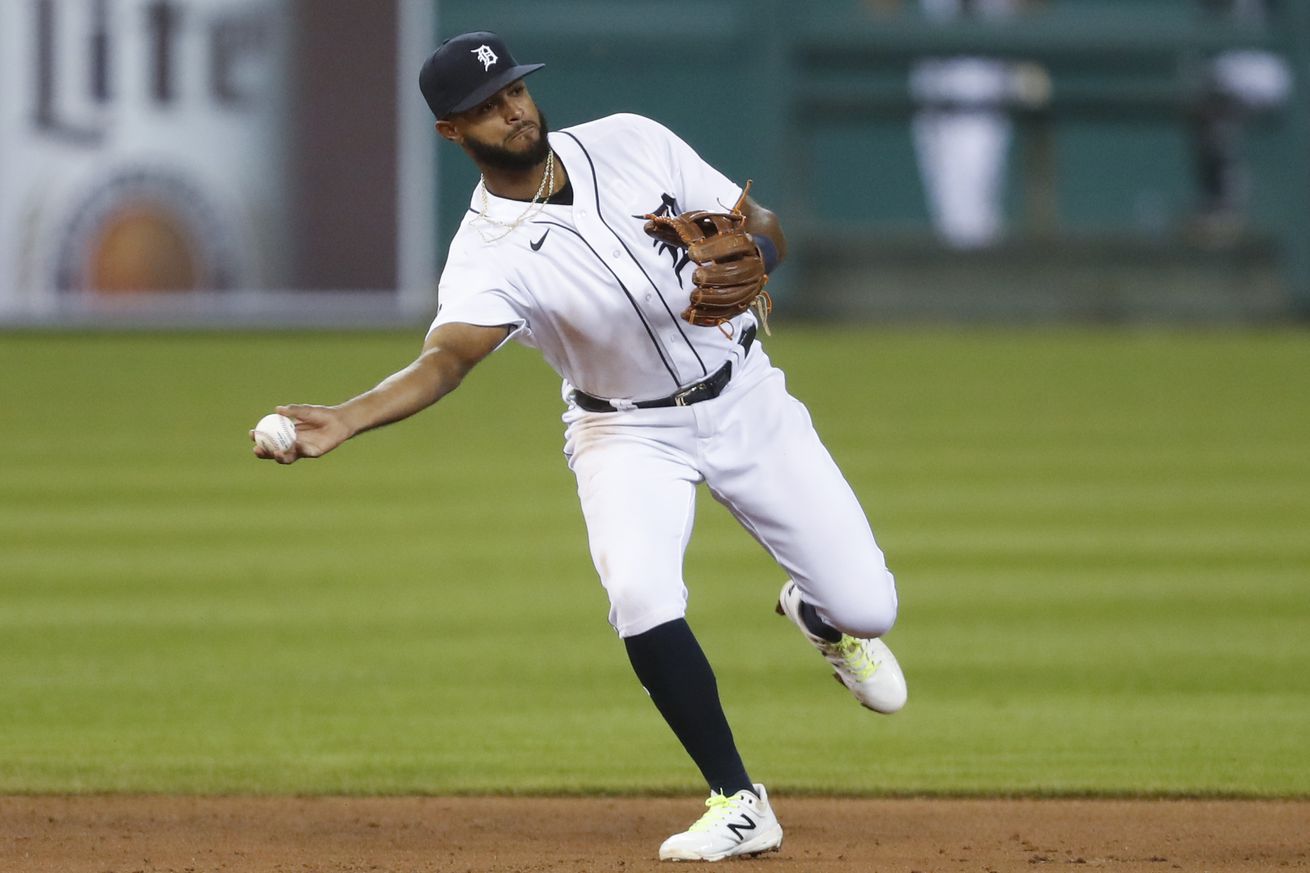 A short season comes to a close with two teams hoping for brighter futures duking it out to avoid the basement of the AL Central.

This is it. After all that, it comes down to a battle for fourth place and the opportunity to draft probably something like sixth vs. seventh in the 2021 draft. While the White Sox graduated from rebuilding to contending and then some, the Royals and Tigers remain in the basement of the American League Central. The Tigers have shown some signs that maybe they’re about to take that next step with the emergence of Jeimer Candelario, Victor Reyes, JaCoby Jones (before he got hurt) and Willi Castro to join their impressive pitching depth in the upper levels of the minors. Similar to the Royals, they’ve seen debuts of two of those top arms. Can they take the next step? I guess we’ll find that out soon enough, but for now, it’s still a battle of two bad teams who hope to not be so bad in the near future.

Boy there was a time when seeing Michael Fulmer as the probable starter would be cause for concern. That time is definitely not now, as he’s worked his way back from Tommy John and the Tigers have been extremely careful with him. And he’s struggled quite a bit. He’s given up three or more runs in five of his nine starts. He hasn’t pitched more than three innings in any of his starts, though that’s at least somewhat by design. He’s struck out a batter per more per inning just twice all season. The control has been good, so that’s a plus for him. Command hasn’t been good, but control has. But it’s not that there hasn’t been glimmers of hope. Three of his nine starts are scoreless, including his most recent one against the Indians. It’s easy to see why he’s struggled. Even with shorter outings, his fastball velocity is down more than three miles per hour. His slider has gotten loopy and his changeup seems like he’s having more trouble controlling it. The Royals knocked him around for three home runs back in July and he’s been horrendous on the road, so this is a decent matchup right now for the Royals.

Kris Bubic gets his final start of 2020, and it’s disappointing to say that because it means it’ll be another six plus months before we get to see his progress again. It’s been a lot of fun to watch him develop at the big league level this season. Since struggling against the Twins in his second of back-to-back starts against them, Bubic has made four starts and gone 22.2 innings with 17 hits allowed and 25 strikeouts and an ERA of 1.99. He’s gotten whiffs on 13 percent of all pitches and while there’s still a bit of an issue with pitch efficiency, he’s shown quite a bit to wrap up his season. Good or bad in this one, the progress was clear. Even though the Tigers lineup still isn’t that good, they do handle lefties well, so it’s one final test for the young lefty.

Spencer Turnbull has been the Tigers best starter this year and it’s not particularly close. Ignore the 3-17 record from last year, you could kind of see it coming as he showed good stuff and an ability to get good hitters out in his first full season. He struggled at times, but he’s been solid this year, but unspectacular. He limits home runs extremely well, having allowed just 17 in 216.1 career innings but he’s walked way too many this year and has struggled a bit in September. That said, he’s coming off a nice outing against the Indians where he didn’t walk anyone, so he has some confidence. His four-seamer has been his money pitch this year, allowing just a .183 average on it with a 27.7 percent whiff rate. Of course, he’s gotten whiffs on nearly 45 percent of swings on his slider, so maybe that’s his money pitch. Righties have fared better against him than lefties and he’s not likely to get too deep into the game given his history, so that gives the Royals a bit of an edge on him. So even if he’s good, if the Royals can be patient, they’re not likely to have to deal with him for too terribly long.

Brad Keller takes the ball now having to know what it feels like to have given up a home run in 2020 after giving up two in his last start. The good news is Dan Vogelbach doesn’t play for the Tigers, so he should feel a little bit safer. That was such an odd start for him. He didn’t really have much command working, but outside of a couple mistakes, he was really fine. Of course, that sort of brings up the old joke about asking Mrs. Lincoln how she liked the play, but still. All in all, it’s been a fantastic third season for Keller and one that I’m sure he and the Royals both wish could play out a little longer. This will be his fifth start and the next time he gives up more than one run will be the first this season. He’s thrown 27 innings at Kauffman Stadium with 14 hits allowed and just one run. So yeah, you could say he’s been good at home.

The Royals get another crack at Matthew Boyd after becoming one of the few teams to not beat him around in his last start against them in Detroit. He did walk four in his 5.2 innings, but it was his only start of the season in which he didn’t allow a run. With Jorge Soler back, I have a feeling that won’t happen again, but you never know. I won’t get too deep into Boyd’s struggles in case there’s a stray Tigers fan who made their way here to read, but it’s been real bad. He’s given up 32 extra base hits in 11 starts, which is actually fewer than I’d expected. Sure he gets a lot of strikeouts, but it’s just not enough for a guy who the Tigers absolutely should have dealt at the deadline last year. And even with his really nice game against the Royals in Detroit, he still has a career 6.14 ERA against them in 21 starts.

Carlos Hernandez gets his third career start, and he should have one goal in mind in this one. Keep the fastball in the upper part of the zone. If he can learn to work up there with regularity, he can become a monster. If he continues to work his fastball in the lower third, he’s going to get hit with the home runs that have been an issue for him in his first two starts. He had his first bouts of control issues against the Cardinals, but their offensive strategy seems to mostly be just leave the bat on their shoulders and wait, so it sort of makes sense. But against this Tigers lineup, if he can attack up in the zone, he could find himself in good enough shape to get through five for the first time and maybe pick up his first career win.

This might not actually be the season finale for the Tigers as they may have to make up games with the Cardinals, but as far as the schedule goes, it ends with Tarik Skubal on the mound. And that’s pretty fun for them. The lefty top prospect hasn’t been great, but he’s shown a lot of what has made him one of their building blocks for the future. He gave up a few runs against the Royals in Detroit a couple weeks ago, but he struck out eight and didn’t walk anyone over six innings, and it was probably his best career start. He was really getting it done with this fastball and changeup and was getting most of his strikeouts in the top half of the zone. The Royals should be cognizant of that in this one, but Skubal looks like a guy who, when he’s on, can do pretty much what he wants and while that’s not fun for the Royals in the future, it’s fun for baseball.

Brady Singer takes the ball in the Royals final game, and I’m glad he gets an opportunity to wash away the taste of his last game against the Cardinals. With a different zone against a different team, Singer might have been looking at another very good start as he found himself living all around the strike zone, but didn’t find it quite enough. A team like the Tigers is a better matchup for him at this point, and he dominated them for six innings in Detroit. He almost threw an immaculate inning in the first and didn’t give up a hit until the fourth. If he hadn’t thrown 119 pitches in his previous start, I’m sure he’d have been in there for longer. It was his second solid start against the Tigers, but he seemed to make some adjustments from that first start back in July and you like to see that. He actually relied on his slider more than his fastball against Detroit a couple weeks ago, so I’m curious to see if he stays with that or if he changes things up a bit since the matchups are pretty close together.

I love a series that lines up with the four Royals starters pitching at age 25 or younger. It’s a fun glimpse into the future. I think the Royals have played well enough against the Tigers this season and the Tigers are sort of limping to the finish while the Royals aren’t exactly sprinting, but seem to be a bit better off at this particular moment. Still, I’m calling for a split because what would I be if not consistent and I predicted a 25-35 finish for this team and a split gets them there. How could I bet against myself now?