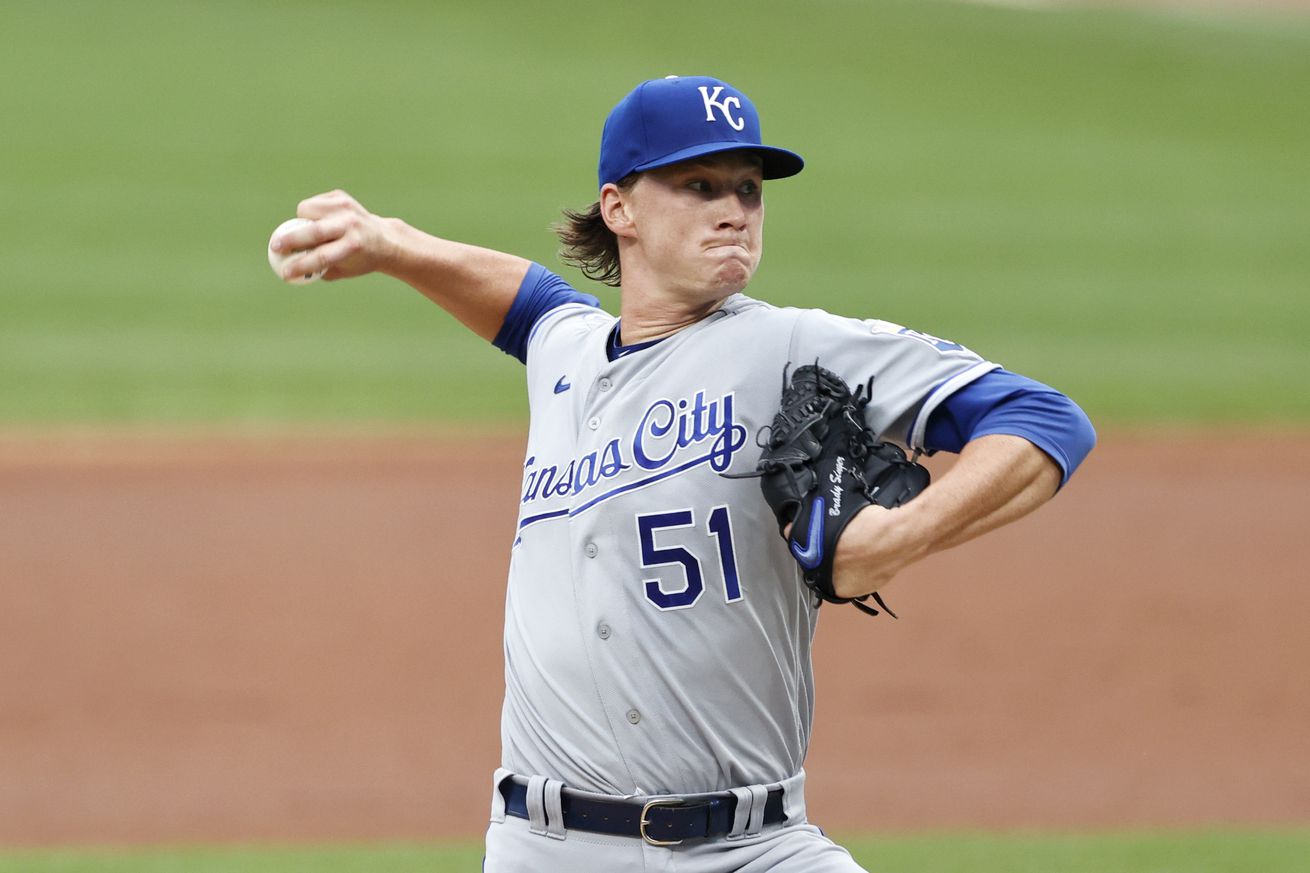 Brady Singer with a much needed shovefest

It has been almost 30 years since the Royals have had a pitcher throw a no-hitter. And before tonight, Brady Singer had never gotten through even the 6th inning of a Major League game. He entered with an ERA north of 5.80 in his last seven starts.

He responded with 7.2 innings of no-hit ball, coming within four outs of Royals immortality, leading the Royals to a blowout 11-1 win over Cleveland tonight.

Singer got a break from the White Sox, one of the hottest offenses in the league, facing a Cleveland offense that has been mediocre at best this season. It also didn’t hurt that the Royals offense exploded for 11 runs, all of which came with two outs.

It started as a singles parade in the 3rd innings, including RBI singles from Hunter Dozier and Maikel Franco, giving Singer an early 3-0 cushion. It wasn’t the last that we would see from Franco. Meanwhile, Singer pushed through his first five innings with ease.

Kansas City blew the game open in the 6th, 7th, and 8th with three home runs: a solo home run from Edward Olivares, a three-run bomb from Franco, and another three-run home run from Adalberto Mondesi. All eight of those runs came with two outs in the inning. The Royals 11 runs with two-outs accounted for 16% of their season total of two out runs.

With the game in hand, all eyes turned to the 24-year-old former first round draft pick. Specifically his pitch count. While he walked just two hitters, he labored through 7th, entering the 8th inning at 100 pitches. Entering tonight’s contest, he had thrown at least 100 pitches just one time.

He needed 13 more to get the first two outs of the 8th and to get Austin Hedges to a 3-2 count. Hedges grounded that 3-2 pitch through shift-imposed hole on the right side of the infield to end the no-hitter. He finished the 8th and left the game without giving up a run and striking out a season-high eight batters in the process.

While disappointing, this was far and away Singer’s best outing as a Major Leaguer and something he can certainly build on. Franco stayed red-hot to lead off the Royals half of the 9th with a double, his 3rd hit of the game, but Kansas City wasn’t able to drive him in with two-outs.

Matt Harvey got hit hard again, allowing Cleveland to avoid the shutout with a run in the 9th. The win was the Royals 3rd consecutive win and secured a series victory over Cleveland as they head back home to face Pittsburgh for a three-game set.