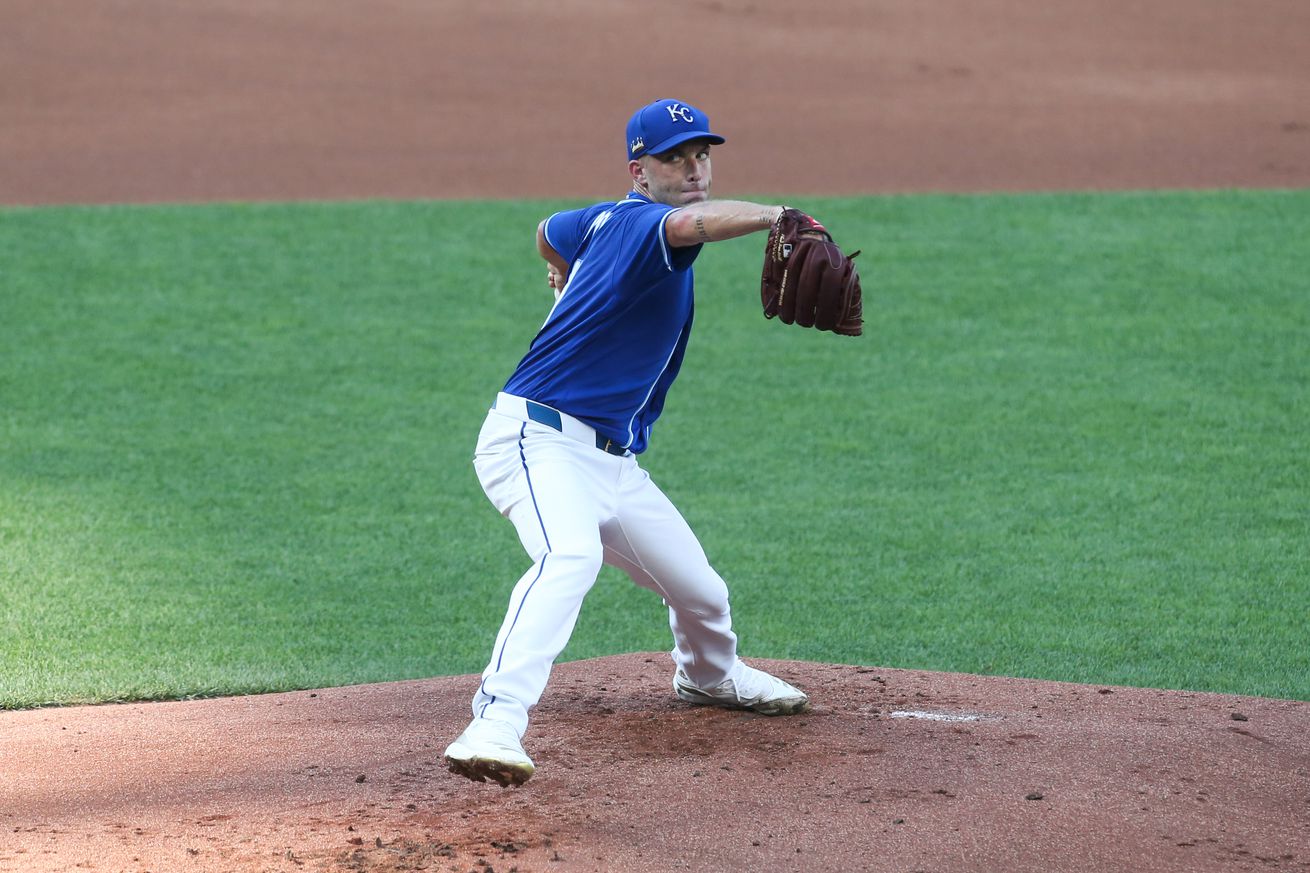 Virus be damned, baseball is back.

My baseball emotions have been all over the map the last several months. While I still believe that trying to get in a season of even 60 games is folly as positive test rates continue to increase across the country, I can’t deny that it’s nice to have baseball back. It’s a welcome distraction. Now we just have to hope the country realizes that this is a gift we’re being given—a reprieve from the grim day to day reality in a pandemic—and acts collectively to work to bring the infection rates down.

Exhibitions games start on Monday, the regular season a week from Friday. It’s been a long, strange trip to get to a season that will be anything but ordinary. Onward.

With Brad Keller sidelined, the Opening Day nod will fall to Danny Duffy. (Is it weird to think of July 24 as Opening Day? I mean, technically it is. It just seems strange, especially because there’s a decided lack of typical fanfare.) Duffy in a short season is intriguing. Will he just cut loose given that he will make somewhere around 10 starts and maybe throw 60 innings total. It’s still not like when he was pitching out of the bullpen and emptying the tank in a single inning of work, but when he takes the ball in the lid-lifter Duffy won’t be thinking about reaching 150 innings or how he will be feeling in six months. That has to make a difference.

Duffy, like most starters, shows a little fatigue velocity-wise as the season progresses.

The velocity bump in September from last year followed an August where he made just one start (8/3) and didn’t complete five innings. He missed most of that month with a hamstring strain. If he’s feeling physically right, it will be interesting to see how he attacks hitters.

Following Duffy we can expect Jakob Junis and Mike Montgomery. Then after that… who knows?

The thinness of the starting rotation was going to be a theme of the 2020 season even prior to the virus. Now, with Keller on the shelf indefinitely, it’s even more of an issue. All teams, not just the Royals, are going to be creative with how they handle their roster. The Royals will carry 16 pitchers initially, which gives them an opportunity to run out an opener or two. They could also push Brady Singer to the rotation, who was a favorite to make the squad out of Surprise before all hell broke loose.

There are a lot of question marks for this club even in a 60 game season. The starting rotation is one of the larger ones. It will be interesting to see how the Royals and Matheny attack this problem.

Watching the live stream of the Royals’ intrasquad game while writing, and Maikel Franco hits a grand slam off Glenn Sparkman. It’s an interesting moment as poor Steve Physioc doesn’t know whether to be elated or disappointed. He plays it straight down the middle. Like a pro.

The big news from Tuesday’s practice game was the return of Salvador Perez, who looked strong right out of the gate. Not a surprise, as we know from his Instagram feed, Perez stayed busy during the shutdown. The elbow should be sound, the legs fresh and the fitness at a peak. With approximately 540 innings on the schedule, we know Ned Yost would have rolled with Perez behind the plate for about 535 of those. It will be interesting to see how Matheny handles his backstop, but the bet here is, with the catching depth already thin, the Royals will roll with Perez just like nothing changed.

Fact: Baseball is better when Salvador Pérez is on the field. Even intrasquad games.

Bobby Witt, Jr. is generating a ton of Summer Camp buzz and with good reason. Offense, defense, intangibles… He’s doing everything and doing it with aplomb. It’s exciting to thing about the future when it’s literally on a Twitter stream, but the Royals will resist the temptation to get too far ahead of themselves. So that means the real focus of this camp should fall on one Adalberto Mondesí.

Mondesí turns 25 in a couple of weeks. It feels like he’s been in the organization forever. And the prospect hounds have been singing his praises just as long. For good reason. The potential is off the charts. But as we all know, potential can serve as a curse. Mondesi has struggled to stay healthy (through no fault of his own, he’s just the victim of some rotten luck) so this truncated season should be viewed as a critical stepping stone to his development. He needs to stay healthy and he needs to play with a freedom that comes from the comfort of knowing you’re secure in your position.

In 2019, Mondesí put 90 more balls in play than the year prior, but barreled only three more. His strikeout rate of 29.8 percent and his walk rate of 4.3 percent were both in the bottom five percent of the league. If he saw a strike on the first pitch (which he did 65 percent of the time, well above league average), Mondesí was basically toast. He hit .198/.215/.284 in all plate appearances after falling behind on the first pitch. Opposing pitchers ate him up with the offspeed stuff; he saw more of that classification of pitch than at any time in his major league career.

These 60 games will be key for Mondesi.