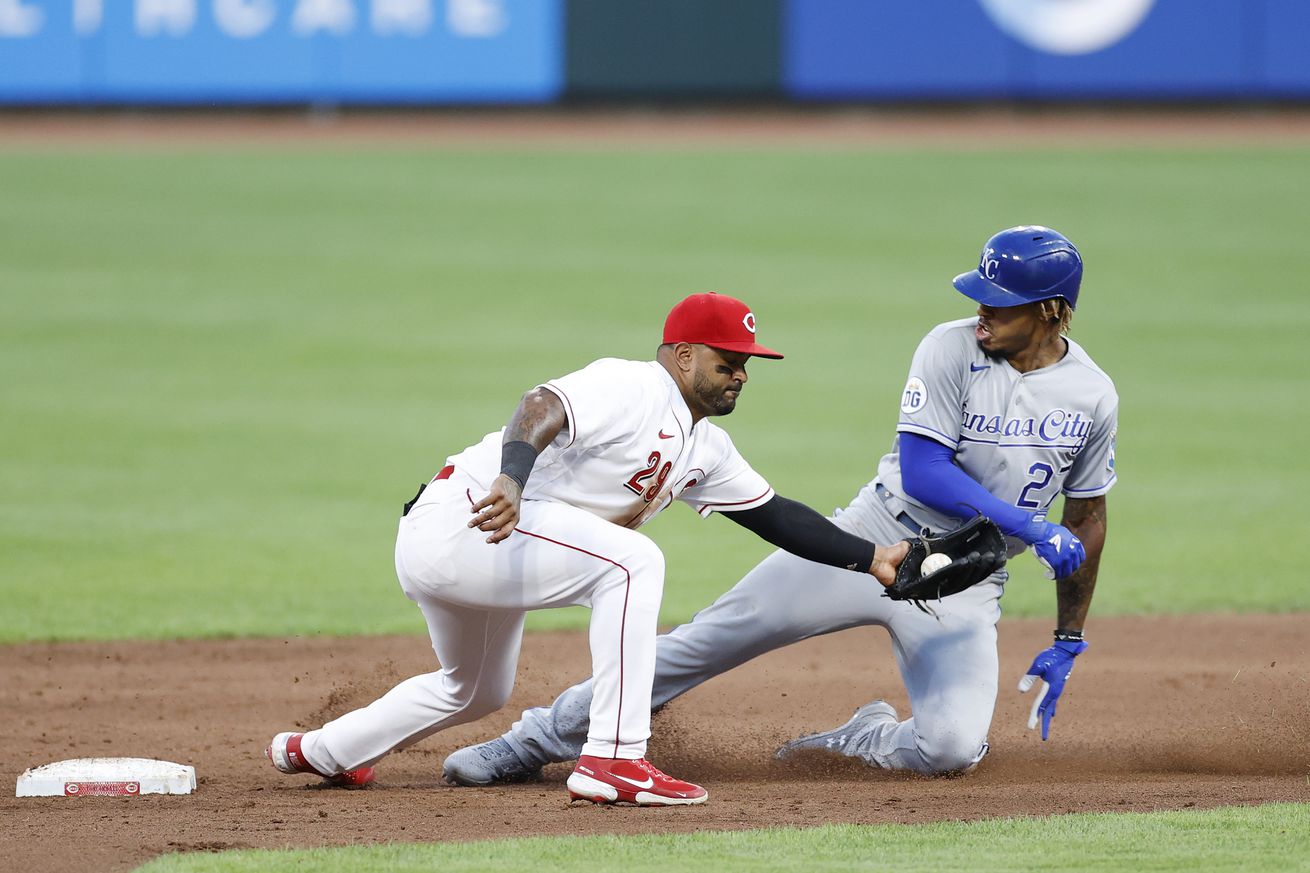 On Wednesday night, in two games against the Cincinnati Reds, the Royals swiped three bases in four attempts. That’s not exactly a newsworthy event when it’s about the Royals. They run and they run often. As you would imagine, the Royals are among the teams that exercises their right to take a free base the most. Here are the top teams at taking advantage of their opportunities to attempt to swipe a bag.

Baseball Reference defines the Stolen Base Opportunity (SBO) as a plate appearance where a runner was on first or second with the next base open. Obviously, like the dinger, there are all sorts of unwritten rules governing the stolen base. You don’t swipe a bag while your team is leading by seven runs in the eighth inning. Yet, that would still be classified as an SBO. Still, it applies to every team and allows us to get a decent snapshot of how teams are utilizing (or not utilizing) the stolen base as a weapon. (Especially in a season of Covid-ball, where some teams—such as Miami—haven’t played as many games as those teams not directly affected by the virus.)

Stolen Base Attempts (SBA) is simply the total of successful steals and caught stealing. They’re not broken out in the above table because that’s not the point (yet), we’re just talking about the number of times a runner tried to steal a base. Therefore, Stolen Base Attempted Percentage (SBA%) is SBA divided by SBO. That is what we’re looking at here—the percentage when a team is looking to advance a runner by steal when able.

There are five teams running more than eight percent of the time when the opportunity presents itself. And as noted, it’s not surprising to see the Royals in that group. After all, the stolen base is in the Royals’ organizational DNA. Damn the trends. They run. And they run often. It’s their… ritual de lo habitual.

It shouldn’t be a surprise that the five teams in the above table are the top five teams leading the league in stolen bases. Let’s expand the table to illustrate how often those teams have been successful. And how often they haven’t.

Not only are the Marlins running often, they’re also running in a way we can describe as intelligent. The same can be said for the Rangers, Mariners and Padres. All four teams have a success rate better than 81 percent and well above the current league average of 75 percent.

And then we come to the Royals.

Wednesday’s doubleheader aside, they have been abysmal at trying to steal in 2020. Their 10 caught stealings is the most in the league and among the 24 teams with at least 10 stolen base attempts, their 63 percent success rate ranks 20th. And, as you can see, the Royals are decidedly below the league average when it comes to success.

The individual culprits are easy to identify. Nicky Lopez has been nabbed three times in three attempts at swiping second. Adalberto Mondesi and Whit Merrifield are successful 60 percent and 67 percent of the time. (Before Wednesday they both had a 50 percent success rate when attempting to steal second.) Only Brett Phillips, with three steals in four attempts, has distinguished himself in the stolen base category. Overall, the Royals have been successful in 13 of 22 attempts to steal second. They are four out of five when stealing third.

So, about the Royals and their stolen base success rate… If you subscribe to the theory that a team should be successful around 70 to 75 percent of the time for them to benefit from trying to swipe the extra base, that’s not a good thing.

Fortunately, smart people have already done the math to help us figure the proper break-even point for stolen base success. It turns out, it’s dependent upon the home run rate which means that point changes from year to year. Read about the details at Fangraphs, but the basic formula for the break-even point is 0.590 + 3.33 x (HR/PA).

So by using the formula above, we can discover who is helping—and who is hurting—their run-scoring chances by attempting to steal. For the next table, we will expand to include the entire league to this point. It gives the complete picture at who is benefitting from the stolen base.

There’s quite a bit of variance between the best and the worst, which is something you’ll run into with the small sample size. However, you will notice that a majority of the teams—and the league as a whole—are improving their chances of scoring runs when they attempt a steal. The Royals are not one of those teams. They are running at 6.5 percent below their break-even point, meaning they are costing themselves with these outs on the bases.

Now consider the Royals and their .304 OBP. While the league has been rather offensively challenged in the first couple weeks of the shortened season (average OBP is currently .319, down from last year’s .323) the Royals remain below league average when it comes to reaching base. And since they are so challenged at reaching base, they need to value those runners perhaps a little more than a club such as the Yankees (a .346 OBP) or the Mets (a .356 OBP, the best in baseball). Giving away outs on the bases will not help their cause.

According to FanGraphs, the Royals have been worth -0.8 Baserunning Runs, ranking them 22nd out of 30 teams. That’s a statistic where it feels like they have some control, and they’re failing.

Furthermore, the league is scoring 32 percent of all baserunners. Meaning, if a runner is on base for the average team, they have a slightly less than one-third chance of coming around to touch home plate. The Royals rate through their first 23 games is 29 percent. They aren’t the worst in baseball, but in a cluster of teams third from the bottom.

Merrifield is the most confounding of all the Royals on the bases. After back to back seasons of a stolen base success rate north of 80 percent, he was good only 67 percent of the time last year. That’s his current rate for 2020. Mondesi is as fast as ever (at least according to Sprint Speed) so we should expect him to reverse course and improve his stolen base rate, but he’s been so awful offensively (a .200 OBP over his last 13 games) who knows what’s going on there?

Basically, the Royals are simply not good enough offensively to be giving away outs on the bases. The aggressiveness is a hallmark of Royals teams, but they have to find a way to be smart. They’re only hurting themselves.