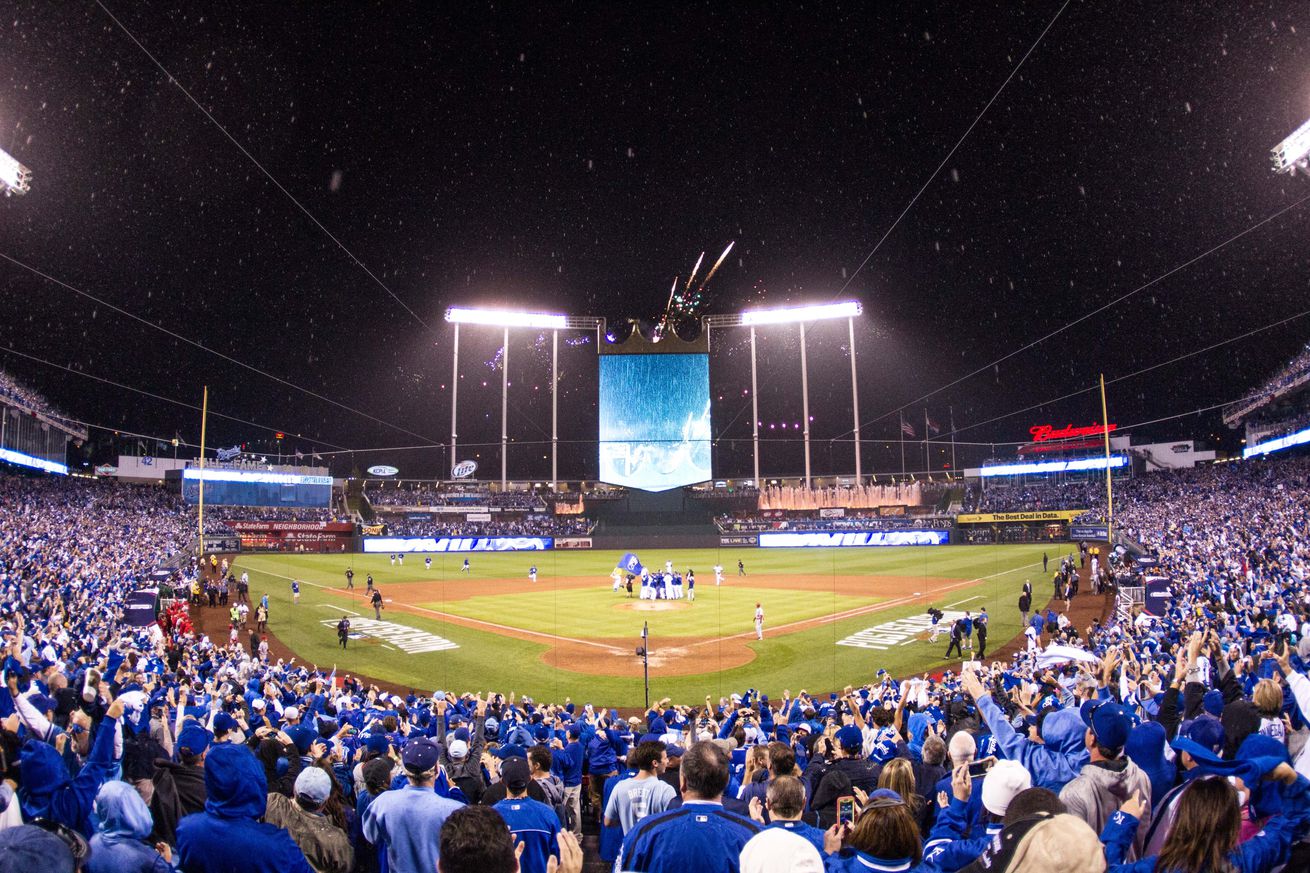 You didn’t think you’d be seeing an article about baseball’s postseason at a Royals site today, did you?

We’re a few days from the start of baseball’s postseason, and I’m here to tell you I have some problems with what’s going on.

Let’s start at where we are currently and the state of the myriad races. Look, this is going to vibe old man shouting at clouds, but the appeal of baseball’s regular season is the chase. The pursuit of the pennant is what September is all about and how that can change every single day. In 2020 we have learned is the chase can absolutely exist in a shortened season and expanded playoff format. But that chase is a mess and almost impossible to decipher.

Check the race in the American League via the “Postseason Seedings” page from the MLB website.

We can clearly glean two important bits of information here. First, we see the current seedings if the season ended today. Useful. Pair that with your knowledge of Wednesday’s results and you can glean that with just a single win separating the Twins and the White Sox, Minnesota pulled themselves out of another potential first round matchup with the New York Yankees.

Next, with the “E” on the left margin, we can also learn the teams that have been eliminated from postseason contention. Again, useful. And for many of you visiting this site, just a little bit sad.

But that’s really all we can see from this snapshot of standings. The Angels and Mariners are obviously the two clubs still in the mix that are currently outside the bracket, but what’s their path? Could they potentially catch the W-2 team for an automatic spot (and probably six seed) or is their a way for them to pick up one of the two Wild Cards? What is the margin of error for those two teams… remember the Magic Number?

Sure, you can decipher that information, but again… the beauty of Septembers past has been the ease of reading the standings. A glance was all that was required to understand how close a team was to October or elimination.

I get it… I’m a relic of the two divisions in each league when only four clubs made the postseason. You don’t care. Times change, baseball can’t possibly leave half-decent teams out of their tournament and there is money to be made.

Maybe I’m in the minority on the issue of expanded playoffs. But how about once the tournament starts? What about the bracket?

Anyone see an issue with this?

Sorry, I’m not talking about the Cardinals making the postseason. I know how you feel about that.

Rather, it’s that the top two teams in the National League this season are in the Western Division. The Dodgers have run away from the entire league and seemingly clinched the overall number one seed in late August. Their winning percentage is .696! Their run differential is a whopping 122 runs! All of this in just 56 games played!

(That’s a lot of exclamation points and if I had an editor, they would probably yell at me and have me remove them. But, come on… The Dodgers are a juggernaut and I’m not sure we’ve had the time in this shortened season of Covid-ball to fully appreciate the excellence of this team.)

Meanwhile, the second best team in the NL is the Padres. Yes, the Padres. Their .607 winning percentage is currently tied with the surging Braves for number two overall, but their run differential of +79 is a few runs better than Atlanta. The results of the past week have rendered this a little closer than it had been previously, but really… Slam Diego is a fun team to watch and, given the way the schedule is formatted this year, probably the second best team in the league.

So let’s extrapolate and image the Padres find a finishing kick against a surprisingly decent Giants team over their final four games while the Braves stumble against the Red Sox. (I know, I know.) That would mean that if the two best teams in the National League could meet only in the Divisional Series round. How does that compute? And how does this do any kind of service to the Dodgers who suddenly have to play the second best team in the second round?

If you’re going to gimmick up the postseason, go full gimmick. There needs to be built-in advantages for the division winners and the best second place team in the first round as there is currently, but the teams need to be re-seeded once the opening round is complete.

It’s not all a nightmare scenario. There are some things MLB has gotten correct. The continued expanded rosters will improve strategy for managers (but will undoubtedly continue to slow the pace of play). They’re dropping the runner on second rule in extra innings. The Universal DH is still with us.

But my fear is the postseason genie has been released from that bottle with this expanded format. There’s money to be made and there will be at least one or two first round games that will thrill, allowing proponents to shove it back to skeptics like myself. The shortened season and Covid-ball demand adjustments to the format and the schedule. The thing is, once adjustments are made, it’s often difficult to return to the way things were. Not that the old format was perfect, it’s that I’m just not sure these are the best adjustments for the game. It would be easier to accept the 2020 flaws if it didn’t feel like they were on the verge of becoming permanent in some fashion.

Expand the playoffs? Then throw the divisions in the trash bin because they don’t matter anymore. Have a postseason bracket? Then re-seed after each round to continue to tilt the scales in favor of the best teams. Winning the most games over a season, no matter the length should mean something.