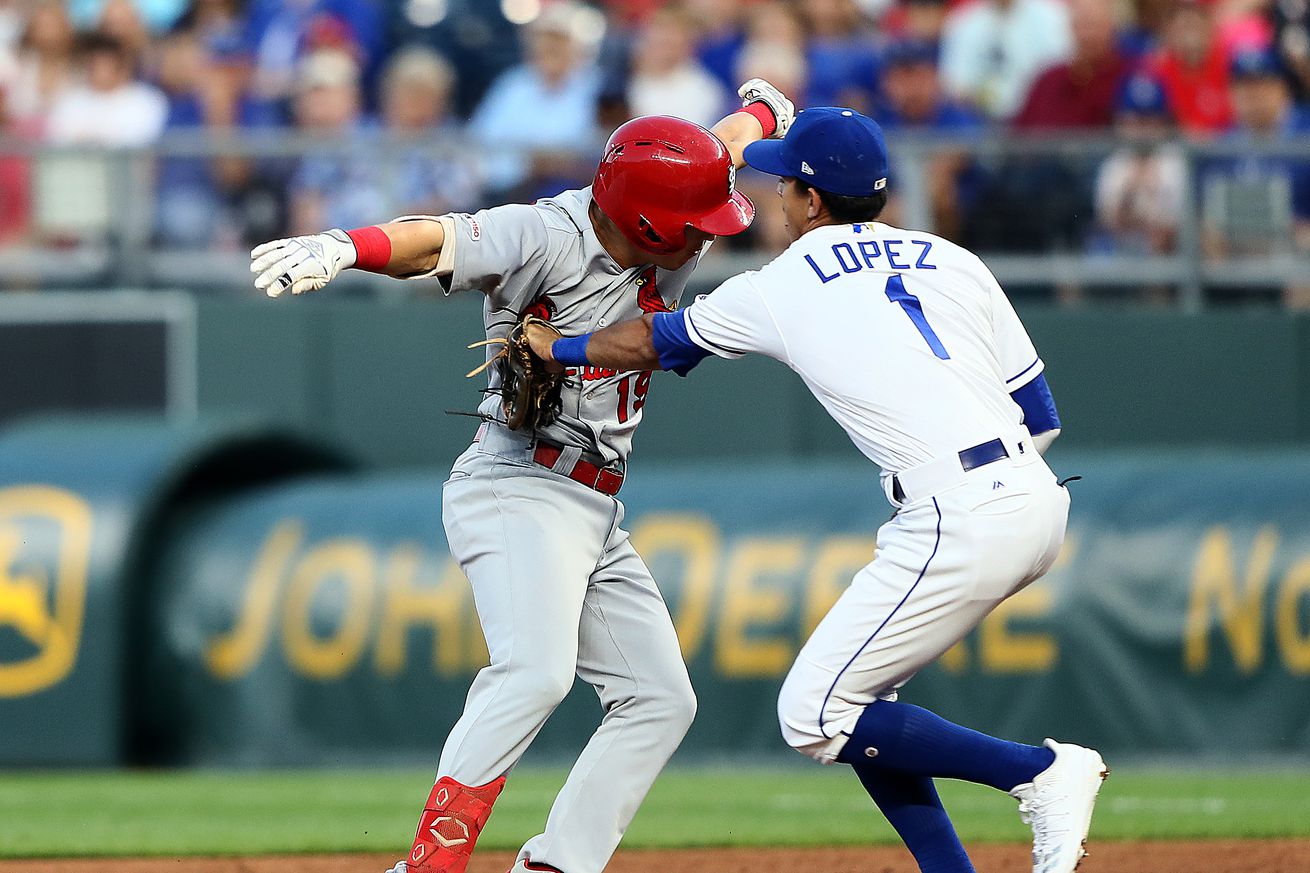 Owners are feeling more optimistic about baseball being played.

Owners are becoming increasingly optimistic that baseball will be played this summer, and under the latest idea reported by Bob Nightengale of USA Today, teams may even play in their home ballparks. Nightengale reports that an idea that is gaining traction with owners and executives would have the season starting in late June or early July with a 100-game schedule. Games would be played in regular Major League ballparks, but to reduce travel, baseball would realign into three geographical divisions.

The Royals would play in a Central Division that would include their typical rivals like the Indians, Twins, Tigers, and White Sox. But it would include some National League opponents as well, such as the Cubs, Brewers, Reds, Braves, and the cross-state rival Cardinals.

Nightengale’s report joins other reports this week from Jeff Passan of ESPN and Ken Rosenthal of The Athletic that baseball seems more likely than not to be played this season. The optimism is fueled in part by a number of states lifting lockdown restrictions, including Missouri, which will allow non-essential businesses to operate beginning May 4, although Kansas City still has a stay-at-home order through May 15.

Dayton sounded pretty hopeful here that baseball is working towards a plan and that it’s progressing in good direction pic.twitter.com/U3SBlpoAWz

Baseball officials continue to consider all options, including beginning the year with all teams in one or a few isolated hubs, such as a plan that was floated earlier that had teams all playing in Arizona. Other ideas have suggested having teams play at spring training sites in both Arizona and Florida, or even using the new climate-controlled Rangers ballpark in Texas. Baseball could also decide to begin the year in one of those hubs, then re-assess after a few weeks with the possibility of playing out the year at home stadiums.

Some owners are even pushing for fans to return to ballparks this summer, with Yankees president Randy Levine telling Ken Rosenthal it would be “not practical” to return without fans and the ticket revenue they would bring. Rosenthal outlines how it might be possible to bring back fans:

One club official acknowledged that fans in such a scenario might need to wear masks and gloves and undergo temperature checks as they entered ballparks — checks that might not be reliable. Parks could open to far less than capacity initially — say, 15,000 fans who are seated far enough apart to fulfill social distancing guidelines — and gradually increase the crowd size over time.

However, as Passan reports, much of these plans are contingent on COVID-19 testing to be widespread by May. As of this week, less than six million total tests have been administered in the last six weeks. Some studies suggest up to 20 million tests will need to be administered each day to reopen businesses safely. MLB is participating in a massive study that will test 10,000 people to give researchers a better sense of the infection rate.

Georgia lifted restrictions on non-essential businesses this week, and many other states like Colorado, South Carolina, and Texas have allowed some businesses to open with restrictions. The number of new COVID-19 cases has gone down slightly across the country this week, but there have still been over 20,000 new cases reported every day since early this month. Nearly 60,000 people have died in the United States from COVID-19.

The response to the re-opening businesses will be a huge factor in how baseball proceeds. If the number of cases holds steady or even drops, it could be an indication that the population is developing some herd immunity to the virus. But if relaxing restrictions causes the number of cases to spike again, it could reset stay-at-home orders to the point where baseball won’t be able to start in time to get a significant amount of games in this summer.

Baseball has been working with federal public health officials at the Center for Disease Control, who have been supporting of a return of the sport if played with proper precautions. In an interview on the YES Network this week, epidemiologist Dr. Anthony Fauci said it was not unrealistic to think baseball could return, even with fans this season, perhaps with proper separation and masks required. But he indicated there was a great deal of uncertainty.

“To be quite frank, it’s impossible to predict given the extraordinary efficiency of transmutability of this virus, I don’t think that we can say with any confidence that in the middle of this summer, say, okay, July 4, we could start a truncated season exactly the way we’d do it normally,” he told Jack Curry. “There’s going to be a new normal for a while. And it’s not going to be a few months. It likely will cycle around even into next fall and winter. Hopefully it will go way down.”

He also told the New York Times this week he would love to be able to have all sports back, but added, “as a health official and a physician and a scientist, I have to say, right now, when you look at the country, we’re not ready for that yet.”

The next few weeks could be pretty critical in determining whether baseball – and our lives – gets back on schedule. Baseball owners seem fairly optimistic that baseball will be played this year. Let’s hope that optimism is not unfounded.