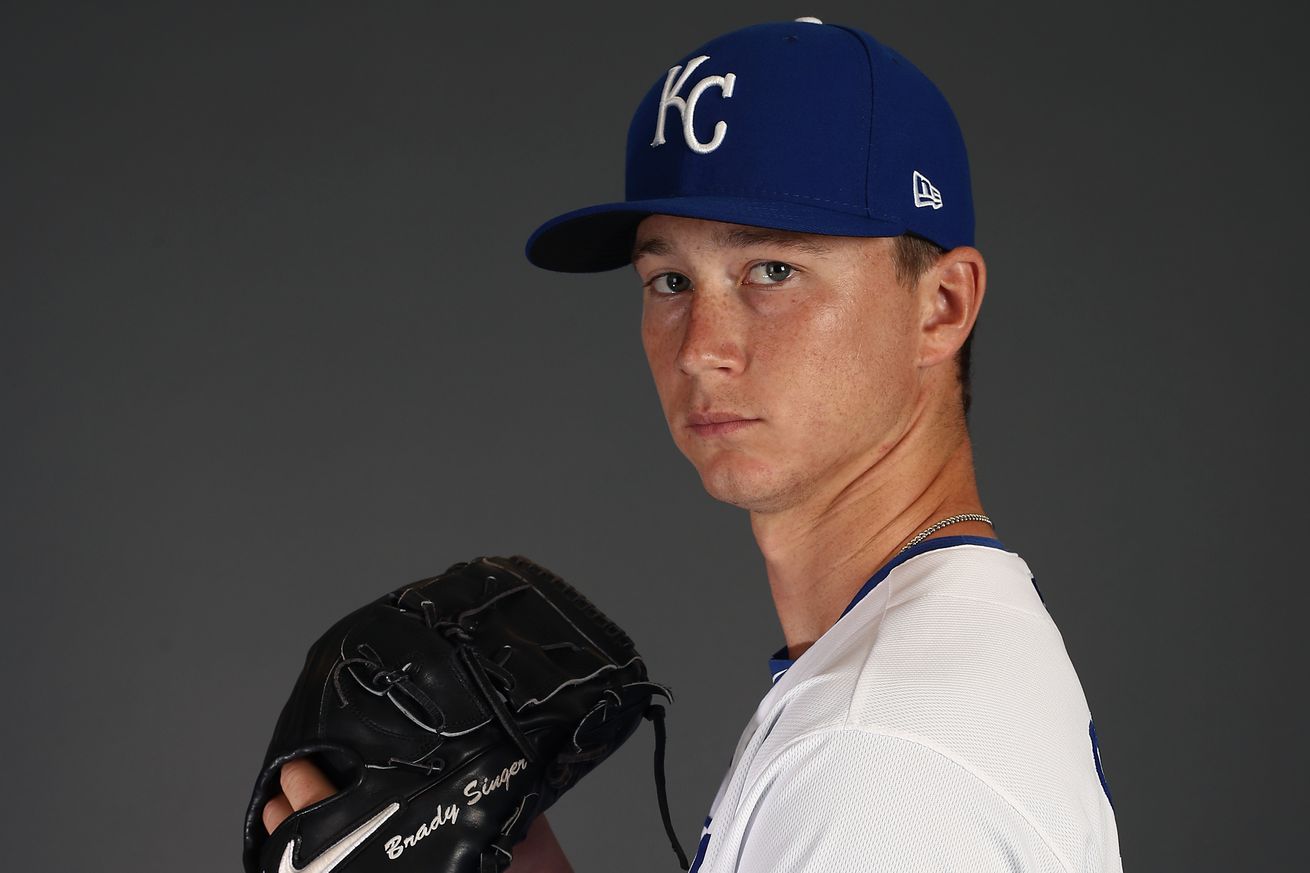 Has anyone seen Brady and Aaron Nola in the same place at the same time?

A couple weeks ago, I was perusing some Royals content on this internet and I came across Alec Lewis’s awesome piece on prospect Brady Singer for The Athletic. In it, he cited current LSU coach, Paul Mainieri, comparing Singer to former LSU pitcher, Aaron Nola.

You said Aaron Nola? Like…Phillies ace Aaron Nola? Like…Top 20 in xFIP among starting pitchers in 2019 Aaron Nola? Well that got my attention quite a bit so I wanted to dive into why that comparison came about (because Singer was very good in college) and what that could mean for him in the future (Singer could be very good in the majors) and when we could start to see this unfold.

Well I think the main similarity between the two is the make-up. Each of their pitch arsenals include a fastball, a sinker, and a wipe-out slurve. Nola has also added a nasty changeup that has gone from a below-average offering to one of the best in the league among starters. This is Nola’s full arsenal on display against a team with almost unreal plate discipline:

Singer’s change up is a work in progress but is coming along. Lewis’s article mentions that Singer has changed the grip and bit and is focused on changing the velocity as his change last year was a similar velocity as his fastball had. In theory, slowing it down and allowing more rotations is going to throw hitters off more and generate more swings and misses or weak contact.

Their stuff has allowed them both to generate ground balls on a high level. In 2019, Nola generated the 11th-highest ground ball percent in the majors (49.7%) which was right behind our own Brad Keller’s (50.0%). Among pitchers with 90+ innings pitched in AA last season, Singer generated 49.2% ground balls, good for 15th-highest. Thus far in spring training, Singer has shown that he’s able to do that against some of the best players in the world, including a trio from the north side of Chicago, all of which who have played at MVP levels in their careers.

Singer fools Baez and gets his third ground out of the inning.

He gets through Bryant, Rizzo, and Bryant on 13 pitches. #Royals pic.twitter.com/SoEneTLMAR

(While we’re here, I want to bump our guy Jack Johnson’s article on Singer last week. Yes, everyone at Royals Review has Singer Fever and if you don’t yet, you should.)

The last thing I think that sets them apart from other pitchers, is their competitiveness. Sure every professional athlete is more competitive than a lot of us. But both Nola and Singer have been said to have “next level competitiveness”. I love that. Seeing a pitcher go full blown alpha on the mound is one of my favorite things in sports. And there are only so many athletes out there that have that next level-ness. Recently we’ve seen it labeled “Mamba Mentality” after the late Kobe Bryant. I see that personified every time I see Singer’s favorite player take the mound.

Psycho Max Scherzer is my favorite Max Scherzer. Y’all are in for a real treat pic.twitter.com/K2z7zxRi6H

Max Scherzer is a genuine crazy person on that mound. If Singer is able to channel that kind of energy on the mound, he could sky rocket to the top of my heart. And there’s reason to believe that he can.

Brady Singer, in a nutshell.

Do NOT take the ball from his hands. pic.twitter.com/qq0qpF9jja

To some of you, that might look like a temper tantrum. To others like myself, that’s a baby lion upset that it doesn’t get to go hunt today because mommy’s already handled her business and brought home supper. (Did you know female lions do all the hunting? Nature ya’ll!) I love to see this from a guy who just wants to go all Swayze from Road House on some poor, poor hitters. Give that man the ball!

So when do we get to see it?

Well as Jack talked about previously, I think it’s sooner rather than later. But since we’re still on this Nola comparison, let’s look at his timeline. Bother him and Singer were both drafted out of college in the first round at 21 years old. Nola was immediately thrust back into the game and sent to High A ball, making it to AA by the end of the year. Singer was shut down from game action in the interest of injury prevention. That delay really represents the difference in the two timelines. Brady was sent to High A ball to start the 2019 season and ended the year throwing 90.2 innings in AA.

We’ll hit pause and compare the two’s production in AA since they sample size is so…you guessed it…SIMILAR.

It sure seems that they were both really great, but Nola was a ahead of Singer in a lot of categories, namely ones dealing with control. Singer walked more batters, had more wild pitches, more hit batters, and a higher BABIP. Singer also had more strikeouts by a fairly considerable amount. Singer’s biggest praise to most scouts coming out of college was his control, so one should think that that walk rate comes down a bit, but with a K/9 of 8.44, that walk rate is not a huge red flag for me. The elite pitchers can strike guys out while not walking many; that’s what makes them elite. Brady can keep that walk rate as long as he’s still striking dude’s out and generating weak ground balls to butter his bread. Moving on!

Nola’s second professional season saw him climb the ladder of AA to the majors by July after pitching just 109.1 innings between AA and AAA. Part of his ascension was due to his dominance (2.96 FIP) and part of it was due to the Phillies rotation having the worst ERA and the 3rd-worst xFIP in the league in the first half of the season. Singer could definitely find himself in a similar situation if he progresses like Nola did. The Kansas City starting rotation will be comprised of largely the same rotation that posted the league’s 8th worst ERA and 2nd-worst xFIP in 2019. The opportunity will come and there’s arguably nothing more for Singer to learn in the minors (especially in the PCL), so Singer’s number of minor league innings pitched might be very close to Nola’s (164.2) when it’s all said and done.

At the end of the day, it’s just an interesting comp

Player comparisons are never dead-on and should not be treated as such. There are too many variables involved and every player has their own path. This article is meant to basically provide some hope in a seemingly hopeless place. (I’m a regular RiRi over here!) So far this spring, Singer has flashed some great potential. Prior to his outing on Sunday, Singer had twelve batters who have all made some sizable waves at the Major League level. Singer retired nine of them and struck out four of them without giving up any runs. He looked incredible. On Sunday he was quite…(not sharp…dull?) He was quite dull, surrendering three runs on three walks and three hits to fringe guys. After the outing, Singer admitted that he had trouble locating his pitches and that those days are just going to happen. Which is absolutely true. Limiting those days will be the key to his spring and seeing how he bounces back will be very interesting to see.

Maybe Singer becomes Aaron Nola 2.0. Maybe he becomes Luke Hochevar 2.0. Who knows? The point is to start paying attention to this kid, because he could be the first one to burst on to the scene and become the face of this prospect wave responsible for bringing another World Series title to this organization, and just thinking about that gets me jacked up.