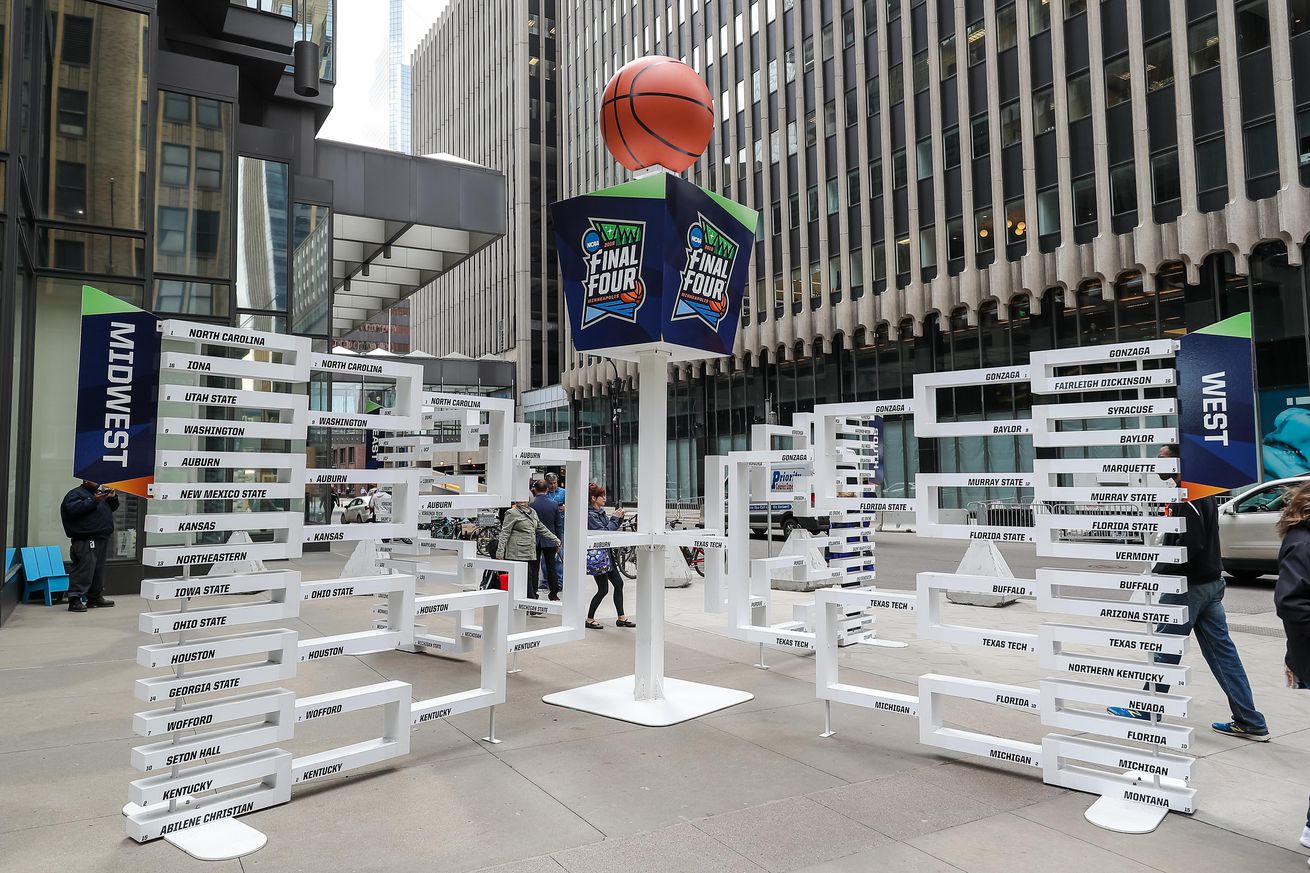 As the overall #1 seed, Kansas will get to pick their region for the NCAA Tournament. Which one should they choose?

The debate has been raging ever since it became apparent that the Kansas Jayhawks were going to get the overall #1 seed in the NCAA Tournament next week. Which regional should Kansas choose to attend?

The current NCAA bracketing rules allow the overall #1 seed to pick their site for the first and second rounds and also their preferred region of the bracket. And Kansas fans have been debating hotly which region is the best.

After viewing a bunch of thoughts, I thought I’d summarize the pros and cons of each choice.

This one doesn’t really have any big pros. The teams that will be there will have a geographical advantage, and there are a lot more teams in the general area, so it’s pretty much a lock that Kansas would actively put themselves at a severe disadvantage if they select this region.

Pros: Nice weather, great destination. Not many strong teams in the natural region.

Cons: Not as strong of an alumni base. Long distance to travel for fans. No clear geographic advantage.

Overall, I’m finding it hard to find a super strong argument for this region. Sure, the matchups might be easier as a whole, but I just can’t imagine that will overcome being out of our natural area and having to potentially face a team like San Diego State. We all saw what happened when Kansas was the 1 out in the West with UCLA as the 2….

Pros: “Natural” fit. Closest regional to Lawrence. Same type of venue as the Final Four, so should be good practice.

Cons: Lots of great teams are a natural fit for this region. The whole bracket should be pretty stacked with tough tests.

Pros: Basically the same distance as the Midwest. Moves Baylor from their “natural” bracket. Less strong teams in the South, Large alumni base in the area.

Cons: No real prep for the Final Four. Florida State is looming as a potential 2 seed.

There aren’t nearly as many cons here as I thought there would be, with only one team in the region that would be extremely difficult to handle. Add in the fact that this location is one where Kansas has had great success, and it’s hard for me to see how this region would be a negative at all, even if FSU shows up as the 2.

It’s important to remember that Kansas has already submitted their preferences for game locations, both for the 1st and 2nd round and the regionals. Given everything they knew at the time, it seems like they would have tried to decide between Indianapolis and Houston. With the lack of strong teams overall in the South region and the essentially dead heat in terms of distance with the Midwest, I just don’t see how they would have submitted anything but Houston as their destination.

This got a bit more complicated as news developed concerning the coronavirus. Most of the considerations about fanbases and home court advantage became moot, as the NCAA announced that all NCAA Tournament games will be played in front of a limited number of family members only. So there will be no fan ratios to worry about, and the “dead” atmosphere will fundamentally alter things like momentum and feeding off the energy of the crowd.

With all of that in mind, if they are given the opportunity to change their choice, the West regional seems like it might be a good bet, given the overall strength (or lack thereof) of the teams out there. However, the virus seems to be hitting that region hard, especially in LA, and so I wouldn’t actually change the selection even if I could.

What did I miss? Which region do YOU think would be the best for the Jayhawks?