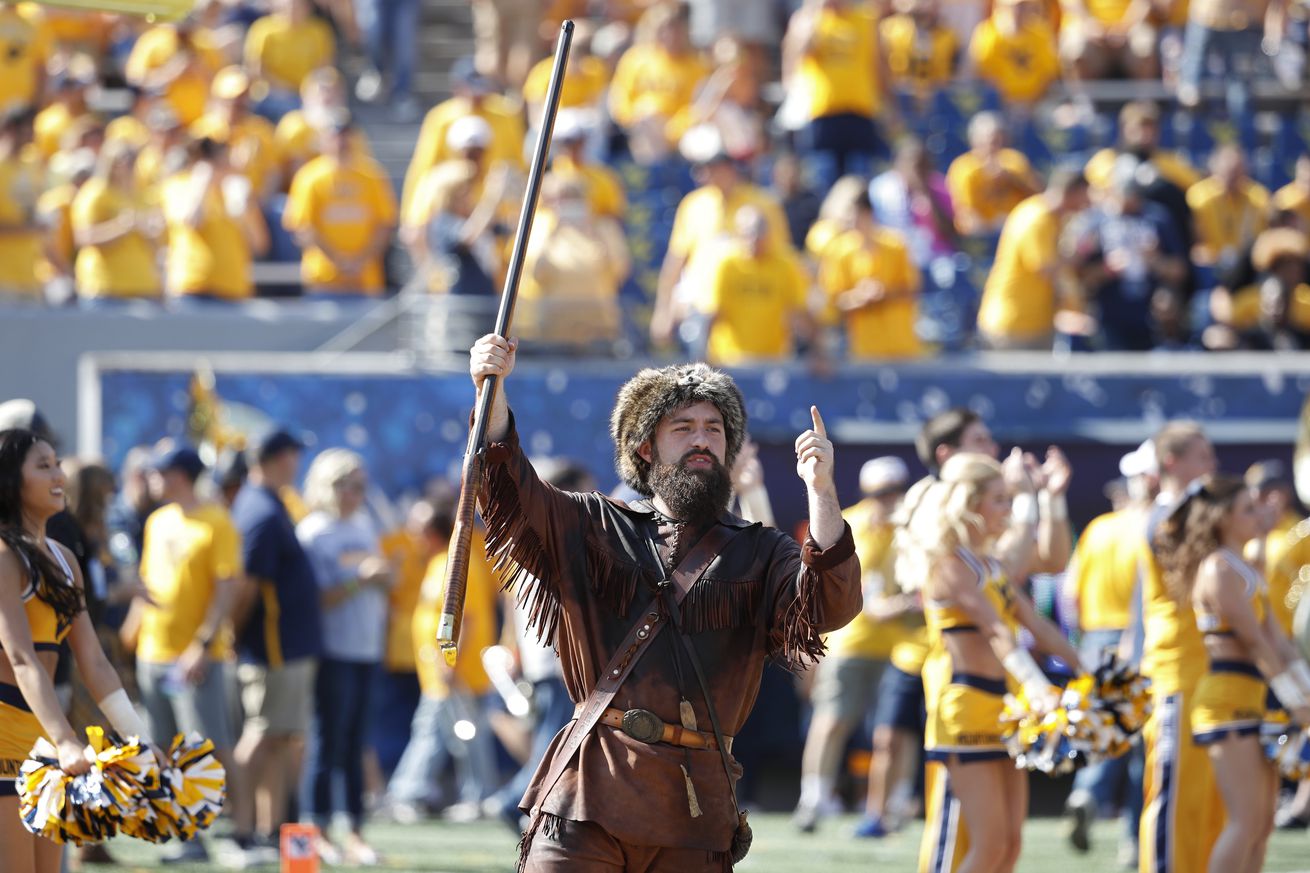 Kansas will try not to extend its record conference away game losing streak.

Losing the conference opener at Baylor a few weeks ago means Kansas has now dropped 50-straight conference away games – 53 if you count three neutral-site games against Missouri in Arrowhead. From what I can tell, it’s already an NCAA record, and it’s definitely one you don’t want to be credited with.

But here we go again. “Any given Saturday,” right? Well, unless you’re Kansas football, apparently.

And yes, Les Miles is planning on being on the sidelines for the game less than two weeks after testing positive for Covid. I know, I don’t get it either.

10/16/20 UPDATE: Les Miles is not traveling with the team. Instead, recruiting coordinator and tight ends coach Joshua Eargle will serve as interim head coach for Kansas.

West Virginia leads the overall series with Kansas 8-1; KU’s lone win came in a rather surprising upset in 2013 in Lawrence.

I’ve already touched on this, but KU’s last road victory over a conference opponent came back on Oct 4, 2008, against Iowa State in Ames.

So far this season, Kansas is the only Big 12 team yet to force a turnover while on defense. Every other Big 12 defense has at least 3 turnovers to their credit.

It’s becoming increasingly well-documented that Kansas isn’t getting the ball down the field – I have noted it in several recaps now, and Shane Jackson over at the LJW did an article on it a few days ago that I recommend reading. Teams are simply stacking the box and daring the Kansas quarterbacks to beat them deep, and so far KU is just refusing the challenge.

Who to blame? The coaches, scheme, and gameplan? The offensive line? The quarterbacks? The wide receivers? The stagnant run game?

All probably play a part, but until the Jayhawks can figure out how to keep defenses honest, yards – and consequently, points – are going to be hard to come by. The Mountaineers appear to have a decent defense this year, holding Oklahoma State and Baylor to 27 points and less than 350 yards each.

Due to Jalon Daniels’ injury last week, Miles Kendrick has been named the starter for this week. That’s odd considering the news that Thomas MacVittie is back and has been a full participant in practice. This doesn’t make sense to me, but whoever starts, that player should finish the game unless, of course, there’s an injury. If a wide receiver can run Brent Dearmon’s offense, then it shouldn’t really matter who we have at QB either.

This will be the fourth preview this year where I’ve brought up turnover differential. It’s already been mentioned once above. At some point, the ball WILL bounce KU’s way.

And if it does so two or three times? Well, the universe will still owe us a couple more to make up for last season (minus-12, 124th out of 130 teams), but, as always, a positive turnover margin could do wonders for KU’s chances on Saturday.

This isn’t going to be pretty…

S&P+ projects a 19-point Kansas loss, giving the Jayhawks a 14% chance at victory. West Virginia checks in at #61 in the updated S&P+ rankings, while Kansas is trying to avoid becoming the caboose at #119 (out of 127 teams).

ESPN’s FPI Matchup Predictor starts the Mountaineers off with a 93.8% chance at a victory.

Kansas has given us absolutely no indication through three games that they are capable of moving the ball on offense, or consistently stopping anyone on defense. That’s what we call a bad combination, folks. For one thing, it means that even if KU gets two or three turnovers, they may not be able to do anything with them for it to matter in the end.

And the numbers agree. Everything you look at says this will be a blowout. West Virginia was one of those teams that KU played close last year, but, well, that was last year. KU has yet to hold any opponent under 38 points, while West Virginia has yet to score more than 27 points against D1 competition. Movable object, meet stoppable force?

Until they show me otherwise, I just don’t think KU will score enough to make this interesting for more than a half. Here’s guessing most of KU’s yards and points come in the fourth quarter against WVU’s backups. West Virginia 34, Kansas 17.

Since joining the Big 12, West Virginia has averaged scoring just over 41 points per game against Kansas – a figure that obviously includes the 19 points scored in the 2013 loss to the Jayhawks.