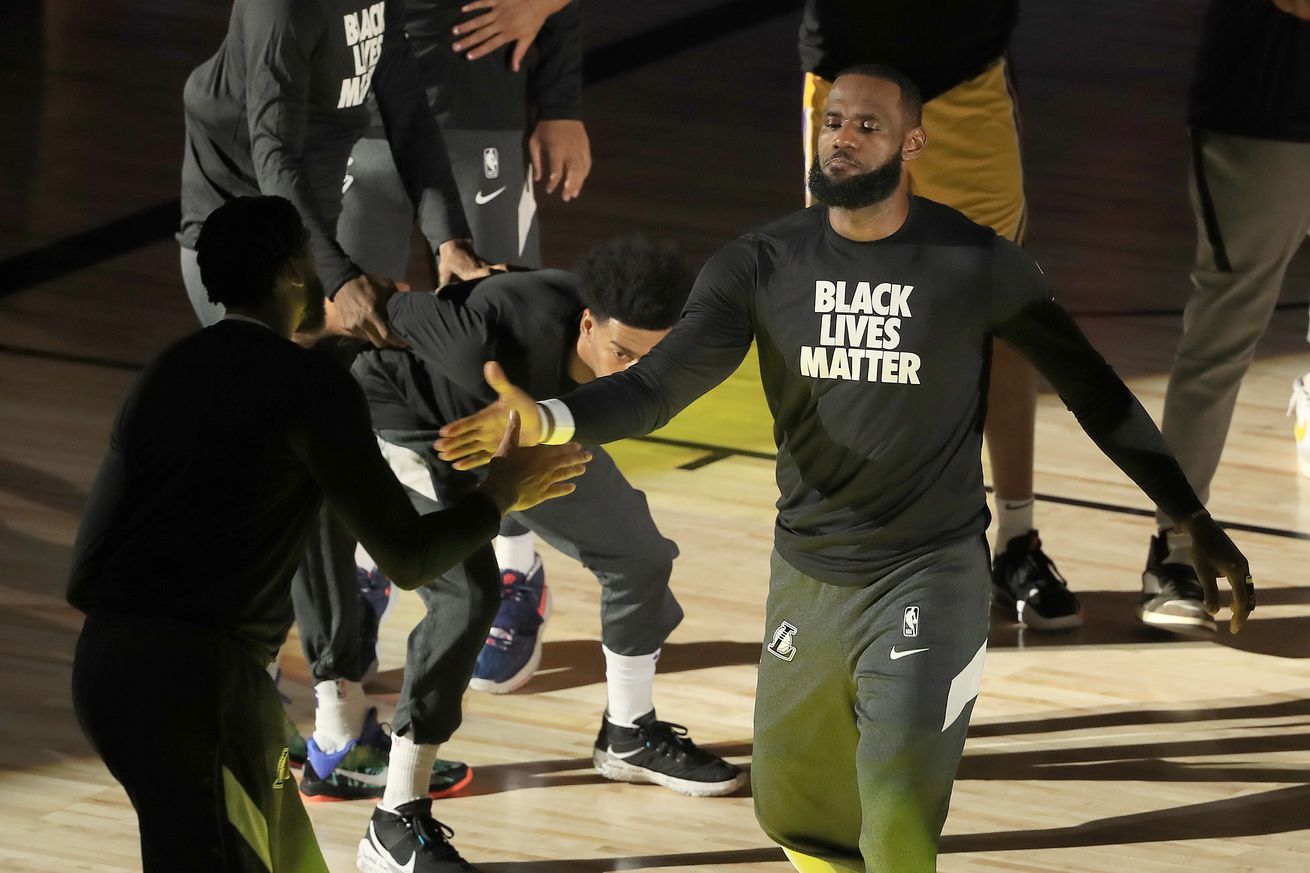 We may remember Troy from such films as ‘The Verdict Was Mail Fraud’, and ‘Leper in the Backfield’

Countdown to KU football (29): Fall camp set to begin today
First, Jeff Long and the KU administration made a smart move in taking advantage of the NCAA’s blanket Week 0 waiver to schedule the game against Southern Illinois for Aug. 29, as compared to Sept. 5.

Citing scheduling uncertainty, Big 12 Conference cancels annual media day for second time this summer | KUsports.com
“There continues to be a lot more questions than answers about what the football season will look like,” Big 12 Commissioner Bob Bowlsby said in a statement.

Inside the first night of the NBA’s bold bubble experiment
It’s not easy to recall the storylines and themes that dominated the 2019-20 NBA season prior to its suspension, which seems like eons ago. But the battle for supremacy between the Los Angeles Lakers and LA Clippers in their home market — and more largely the Western Conference — was a highlight. As much as Thursday night was a celebration of basketball’s return, it was also a showcase of two of the NBA’s most charismatic teams and four of its most dynamic players, lest we forget.

LeBron James on Clippers-Lakers bubble battle – No matter the situation, basketball is basketball
“We’re two teams in the same city and two teams that’s fighting for one common goal,” Lakers star LeBron James said on a video conference call after scoring 16 points, grabbing 11 rebounds and dishing out 7 assists in the Lakers’ 103-101 win over the Clippers. “And that’s to win a championship and bring it to the city of Los Angeles and [each] fan base. So you have so many competitors on the floor — going out there and representing the purple and gold, representing Laker nation; those guys are doing the same thing for their fan base. No matter what the [situation] is, no matter what the bubble is, no fans, or [with] fans, basketball is basketball and competitive spirit is competitive spirit, so we’re right back to where we left off.”

Kansas: Cozy Inn (Salina) from The Best Burger in Every State
Started as a six-seat counter in Salina, Kansas, in 1922, Cozy Inn gained popularity for serving 5 cent mini-burgers griddled with onions that came to be known nationally as sliders, though the Cozy Inn was only inspired by the birthplace of this beloved dish. Cozy offers single sliders and sliders by the half dozen, but don’t ask for cheese — there is none. Don’t ask for fries either. Just grab a bag of chips, and expect to leave smelling like onions.

TRANSCRIPT: ‘What A Gift John Lewis Was’: Obama Eulogizes His Friend And Hero : NPR
“I was proud that John Lewis was a friend of mine,” former President Barack Obama said on Thursday, delivering an emotional eulogy for the civil rights leader who was an inspiration for America’s first Black president.

Unsealed documents show Epstein, Maxwell correspondence in 2015
In another typo-filled email a few days later, dated Jan. 25, 2015, “jeffrey E.” writes: “You have done nothing wrong and i woudl urge you to start acting like it. go outside, head high, not as an esacping convict. go to parties. deal with it.”

Heat advisory in effect | KECI
With a strong ridge of high pressure overhead, near record highs are expected with many areas well into the upper 90s and low 100s. Isolated thunderstorms will also be possible, but mainly for southwest portions of the state although a couple can’t be ruled out in the Bitterroot Valley. Breezy easterly winds will develop for the afternoon, which is poor timing as this is when temperatures will be at their warmest and thus relative humidity at it’s lowest. The combination of these factors increases fire danger concerns for the afternoon hours today.

Oasis star Noel Gallagher criticised US audiences by calling them ‘unimpressed sheep’ | Music | Entertainment | Express.co.uk
Reminiscing about looking at a row of sheep, he likened them to American audiences.

He said: “I remember looking out at this row of sheep, and they were staring blankly at me while I was singing.