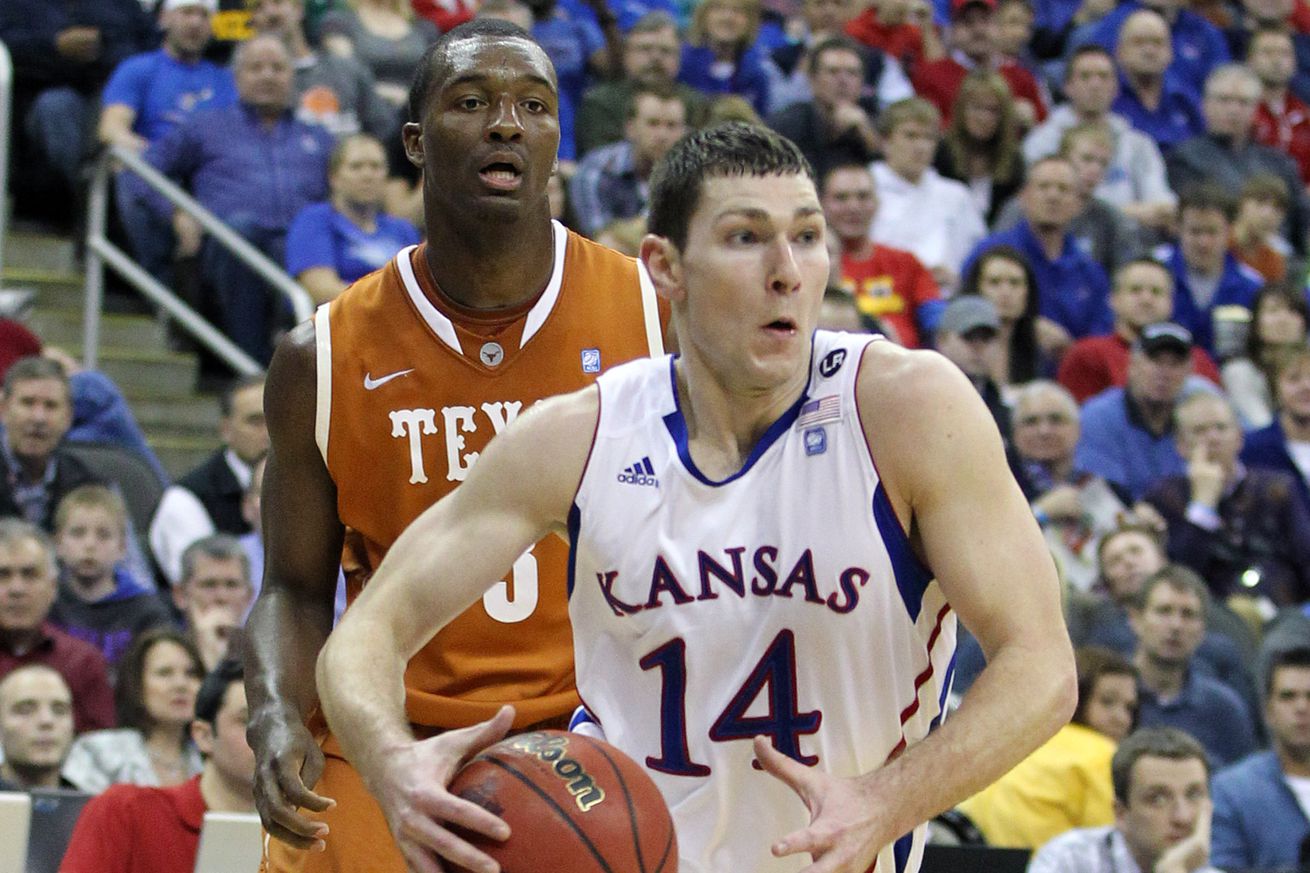 Tyrel Reed’s most vivid KU memory goes beyond basketball
“I just remember that it did not feel like a loss,” Reed said. “ I remember coming into the locker room after the game and it was just quiet and stoic. We knew that there were so many bigger things in this world than basketball at that moment. We were like, ‘Man, we gotta rally around T-Rob.”

KU’s Stephon Robinson named to Paul Hornung Award watch list
Listed by KU Athletics at 5-10, 180 pounds, Robinson has totaled just over 1,000 receiving yards for his KU football career. As a sophomore in 2018, Robinson made 28 catches for 330 yards, adding one touchdown. He emerged as one of the Jayhawks’ leading targets in his junior season, catching 45 passes for 727 yards (16.2 yards per catch) with eight touchdowns.

Top 25 Richard Isaacs has long list of suitors
“I broke my shooting wrist in a freak accident slipping outside and I was out for about a month and a half,” said Isaacs. “I just started working out again. It felt like the longest time in my life without shooting a basketball, ever since I first started playing.

Recruit R.J. Keene dons Boise State face mask to reveal college choice
In what appears to be an original concept, Keene, a four-star prospect from Houston who committed to coach Leon Rice’s Boise State basketball team Thursday, used his commitment announcement to advocate wearing masks to reduce the spread of the coronavirus.

Some Kentucky faculty want name change for arena named after former basketball coach Adolph Rupp
“The Adolph Rupp name has come to stand for racism and exclusion in UK athletics and alienates Black students, fans, and attendees,” the AAAS faculty wrote in the letter. “The rebuilding of the arena and the convention center offer an opportunity to change the name to a far more inclusive one, such as Wildcat Arena.”

Phils’ Andrew McCutchen unites with Yanks, Nats for pregame ceremony acknowledging injustice
“This is a moment for us to honor each other, to honor the things that we’re going through,” he said. “With the social injustices we’re going through in this country, with the things that exist outside our nation — places like Venezuela, the Dominican Republic. To honor that and show that we honor each other, that we have each other’s back, that we’re going to fight for each other. And the way we do that is by collectively being together as one. This is a representation of that.”

LeBron James calls Black Lives Matter ‘a walk of life,’ advocates for Breonna Taylor
“A lot of people kind of use this analogy, talking about Black Lives Matter as a movement. It’s not a movement,” James said after scoring 12 points in 15 minutes in the Lakers’ 108-104 loss to the Dallas Mavericks. “When you’re Black, it’s not a movement. It’s a lifestyle. We sit here and say it’s a movement, and, OK, how long is this movement going to last? ‘Don’t stop the movement.’ No, this is a walk of life. When you wake up and you’re Black, that is what it is. It shouldn’t be a movement. It should be a lifestyle. This is who we are. …

Fauci assigned security after threats to himself and family – Business Insider
Speaking on CNN’s “The Axe Files” podcast, Fauci said the threats were of a different magnitude from those he received while working on the federal government’s response to the HIV/AIDS pandemic in the 1980s and 1990s.

Stimulus Package Proposal Delay Could Jeopardize Size Of Potential Second Stimulus Check
Given the fluidity of discussions, much could change between now and Monday, which is one reason why no one should bank on specific provisions or their magnitude, even if an official had previously signaled that they would be included. This includes a potential second stimulus check. Here’s why.

As US and China force consulates to close, the risk of missteps and spiraling tensions rises – CNN
“We treated each other as adversaries,” former United States diplomat Henry Kissinger said last year, on the fortieth anniversary of the normalization of relations with China. “We had no normal way of contacting the Chinese government at all except there was an embassy in Warsaw in which both sides could communicate messages to each other and in which the ambassadors met occasionally. There were 152 meetings of the Warsaw Ambassadors who never reached an agreement on anything.”

KU: Jackson with Grizzlies NBA in bubble; Chalmers nets 50 | The Kansas City Star
“It hasn’t felt like a training camp at all. It really reminds me of AAU ball,” the 6-foot-8, 23-year-old Detroit native said Tuesday on Chris Vernon’s grindcitymedia.com podcast. “It feels like I’m back in high school. It’s like a travel trip tournament with my teammates, how it was when I was 15, 16 going to these tournaments. You don’t have a car, you are just in the room.”

Kalispell Regional Medical Center prepares for a potential COVID-19 spike
“We’ve taken extra efforts to actually make the entire unit a negative pressure room,” he said “So, that there’s not airflow coming from the COVID unit to other clinical areas. It’s a zip in through an impermeable barrier type of unit. We very much restrict who can go in there. And health care workers have to wear full personal protective equipment.”