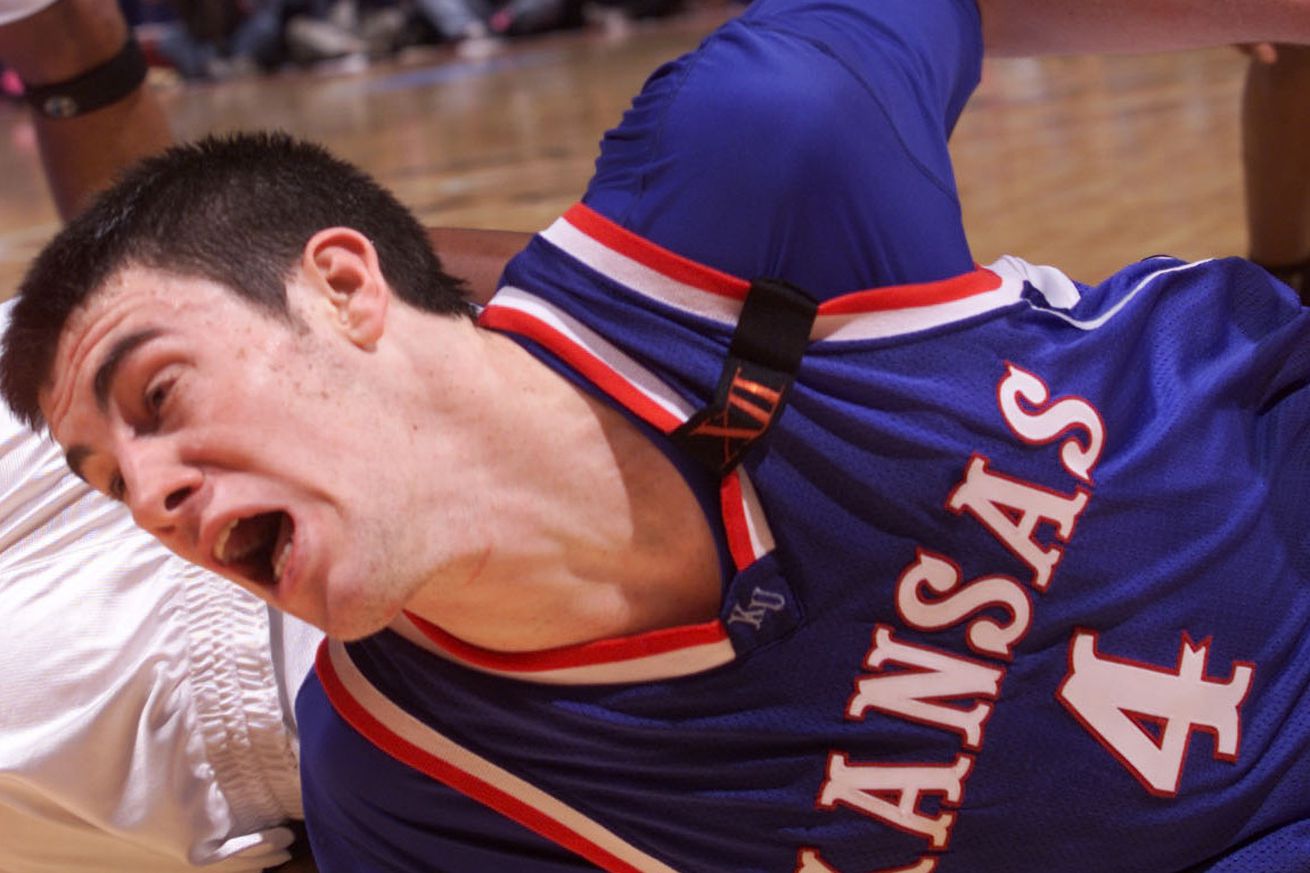 Oh, golly. If that doesn’t put the ‘Shaz’ in ‘Shazam’! Oh, listen. What’s the cash value of those tickets so I can report it on my income tax?

Carter Stanley ranked among Big 12 leaders in ‘big-time throws’
While his senior season will be undoubtedly remembered for its ups and downs, it’s also worth putting his numbers into context. There’s an argument, after all, to be made that he was the most productive quarterback at KU since Todd Reesing.

KU football target Max Whisner has special tie to Broncos QB
There’s no question that Max Whisner is among the more-intriguing tight end prospects out of Missouri in the class of 2022. The 6-6, 225-pound tight end has already drawn a KU offer and has heard from schools like Iowa, Iowa State and Kansas State. He also recently took part in the Elite Underclassman Camp up in Ohio.

KU football players, coaches react to passing of student manager
Student manager Jack Roche died in Chicago on Saturday night after being hit by a car, mulitple sources told the Lawrence Journal-World. On Sunday, KU coach Les Miles had announced the passing of Roche with a statement put out on Twitter.

Rolan Fullwood set to commit later this week
“I’m going to be committing on Thursday,” Fullwood said. “The schools on my list are Fresno State, Kansas and UNLV. I haven’t had a chance to visit any of those schools yet but I’ve done zoom calls with all of them and I’m comfortable making a decision now.

KU legend Nick Collison recalls ’03 title game against Syracuse
“It was a tough one for sure,” said Collison on the latest episode of the Jayhawker Podcast. “It’s a gut-punch for sure. To this day, it’s always hard to think about that night.”

Atlanta Braves not changing name, looking at ‘chop’ celebration
“We have had an active and supportive relationship with the Native American community for many years. Last fall, we furthered this relationship and pledged to meet and listen to Native American and tribal leaders from many areas, including the Eastern Band of the Cherokees [EBCI] in North Carolina. As a result, we formed a cultural working relationship with the EBCI and have also formed a Native American Working Group with a diverse collection of other tribal leaders to collaborate on matters related to culture, education, outreach, and recognition on an on-going basis.

Source — Redskins to announce nickname will be changed
The Washington Redskins will officially announce Monday morning that they will be changing their nickname, though no new name will be revealed just yet, a source confirmed Sunday night.

Sources — NBA players required to be in uniform when arriving to games
A new entry protocol finalized at the end of this past week calls for players to “be in uniform and warm-ups when they arrive” to the game, sources told ESPN.

Lakers’ Anthony Davis opts to keep his name on jersey for NBA’s restart
“I think the name Davis is something that I try to represent every time I try to step on the floor, my family,” he said during a video conference call with reporters Sunday.

Police arrest 12 year old over racist social media messages sent to Palace’s Zaha
“The 12-year-old from Solihull has been taken to custody. Thanks to everyone who raised it. Racism won’t be tolerated.”

White House takes aim at Fauci as he disagrees with Trump on virus – CNNPolitics
The White House is making a concerted effort to discredit Dr. Anthony Fauci as he becomes increasingly vocal about his concerns over reopening the country amid a national surge in coronavirus cases. The moves to undercut Fauci come just days after he gave an unvarnished look at his relationship with President Donald Trump, including that they have not spoken in weeks.

Most voters in areas hardest hit by new coronavirus surges think states opened too quickly: poll | TheHill
Six in 10 voters in the three states said their states reopened the economy and lifted stay-at-home restriction too quickly, according on a CBS News/YouGov poll released Sunday.

Donald Trump Jr to self-publish book about Biden – will he fix the typo first? | US news | The Guardian
He was self-publishing, he said, in order to fire “a shot across the bow” of the traditional publishing industry, confident he can reach more than 5m followers on Twitter and more than 3m on Instagram without outside help.

Northwest Montana Fair and Rodeo Will Proceed – Flathead Beacon
Campbell said that there was an overwhelming amount of positive comment and support at the meeting, including 4-H and FFA leadership and many families expressing a willingness to make any concessions necessary to allow the event to take place.

Texas man, 30, thought coronavirus was ‘hoax,’ dies after attending ‘COVID party,’ hospital says – cleveland.com
“I think I made a mistake,” the man told a nurse, according to Appleby. “I thought this was a hoax, but it’s not.”

What’s the greatest health risk in coronavirus era: Kids at school or at home? – syracuse.com
“If you put four scientists in a room, you’re going to have four different answers,” Triana said. “I think (children) could be silent transmitters.”