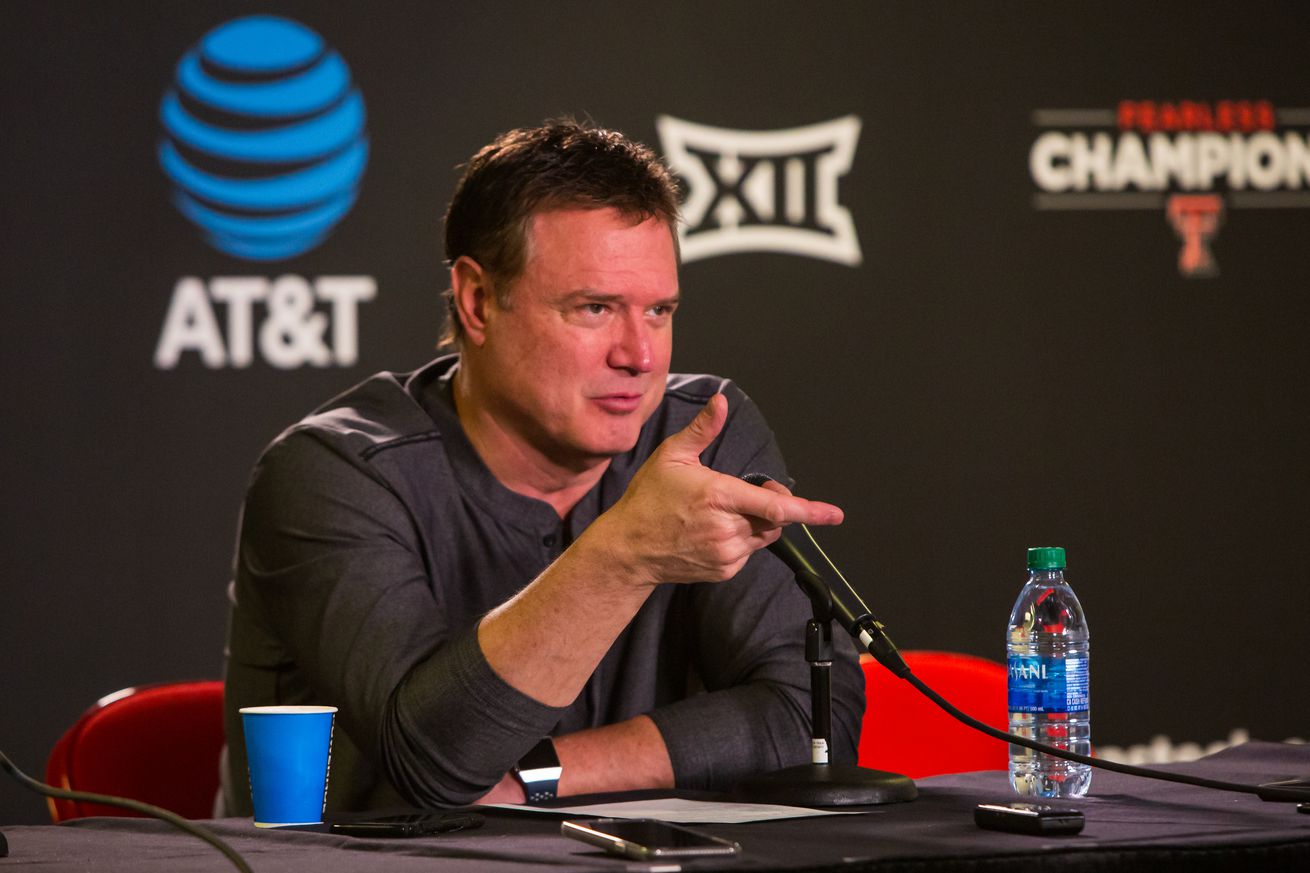 Over the lips and past the gums. Look out dentures, here I come!

Podcast: Latest on KU hoops-NCAA, football’s COVID-19 concerns
On Thursday, I hopped on two different radio shows to address the two KU programs. Both of those appearances can be found below..

Report: Kansas’ Bill Self considering legal action against NCAA
“Without limiting Mr. Self’s claims, he is considering bringing legal action against the NCAA and NCAA officers, employees and representatives for negligence, breach of contract, defamation, fraud, tortious interference with contract and tortious interference with prospective contract,” Tompsett wrote, per ESPN. “To put it bluntly, the NCAA enforcement staff is attempting to end Mr. Self’s long and very successful coaching career for conduct which all coaches engage in and which the NCAA has known for many years is commonplace and permissible.”

Inside WNBA legend Maya Moore’s extraordinary quest for justice
Today is Jonathan Irons’ Hail Mary. It is, in many respects, Maya Moore’s too. This hearing is Irons’ best chance to try to convince at least one person in the criminal justice system of the innocence he’s claimed for over two decades. And it is Moore’s opportunity to prove that leaving the WNBA at the height of her talents was not in vain.

Lakers announce moves designed to further positive social changes
The Lakers announced the hiring of Karida Brown as the team’s director of racial equity and action on Thursday and also declared the team and staff would take Friday off to observe Juneteenth.

Amtrak to Reduce Empire Builder Service to 6 Days a Week
“Due to the long-term impact of COVID-19 on ridership, Amtrak has made the decision to operate with reduced capacity through fiscal year 2021,” Amtrak spokesman Marc Magliari said Thursday in a prepared statement. “As we have already made adjustments to our NEC and state-supported services, the next adjustment is with our long-distance trains, which we plan to reduce to three days per week, beginning Oct. 1, 2020. Our goal is to restore daily service on these routes as demand warrants, potentially by the summer of 2021.

YouTuber Breeds Fake Nirvana Song With A.I. | HYPEBEAST
The song is called “Smother,” a three-minute concoction of Nirvana-esque tropes that attempts to mirror the legendary band’s distinctive personality. Turkey notes in the video’s description, “using lyrics.rip to scrape the Genius Lyrics Database, I made a Markov Chain write Nirvana lyrics.” Generating lines like “I could eat your heart-shaped box for food” and “You never lost control,” the lyrics reappropriate familiar keywords from some of Nirvana’s biggest hits.

Take a Cold Bag of Meat to Your Next BBQ
In fact, if you ever get to go to another BBQ, potluck, or picnic—you know, with other people—I suggest you bring one of those wet bags of already cooked meat, bonus points if the wet bag is also cold. Doing so may seem like social sous-icide, but trust me, it will make you the belle of the BBQ ball.

GOP senator blocks bill to remove Confederate statues from Capitol | TheHill
There are 11 statues of Confederate figures displayed in various quarters of the Capitol complex as part of the National Statuary Hall collection. Each of the 50 states contributes two statues to the collection, which they can replace if a change is approved by their state legislature and governor.

The Best MTV Unplugged performances
Recorded in the midst of ‘Morning Glory’ mania, and just two weeks after their historic Knebworth shows, Oasis’ Unplugged was supposed to be a landmark moment for the band. But when Liam failed to join them on stage due to a ‘sore throat’, Noel – who had sang all the songs in rehearsal – was forced to run point at London’s Royal Festival Hall. Regardless of the drama, the songs spoke for themselves over a beautiful string backdrop.

Facebook removes Trump re-election ads that feature a Nazi symbol | Technology | The Guardian
Facebook has removed a number of posts and ads run by Donald Trump’s re-election campaign that featured a symbol used by the Nazis for violating its “policy against organized hate”.