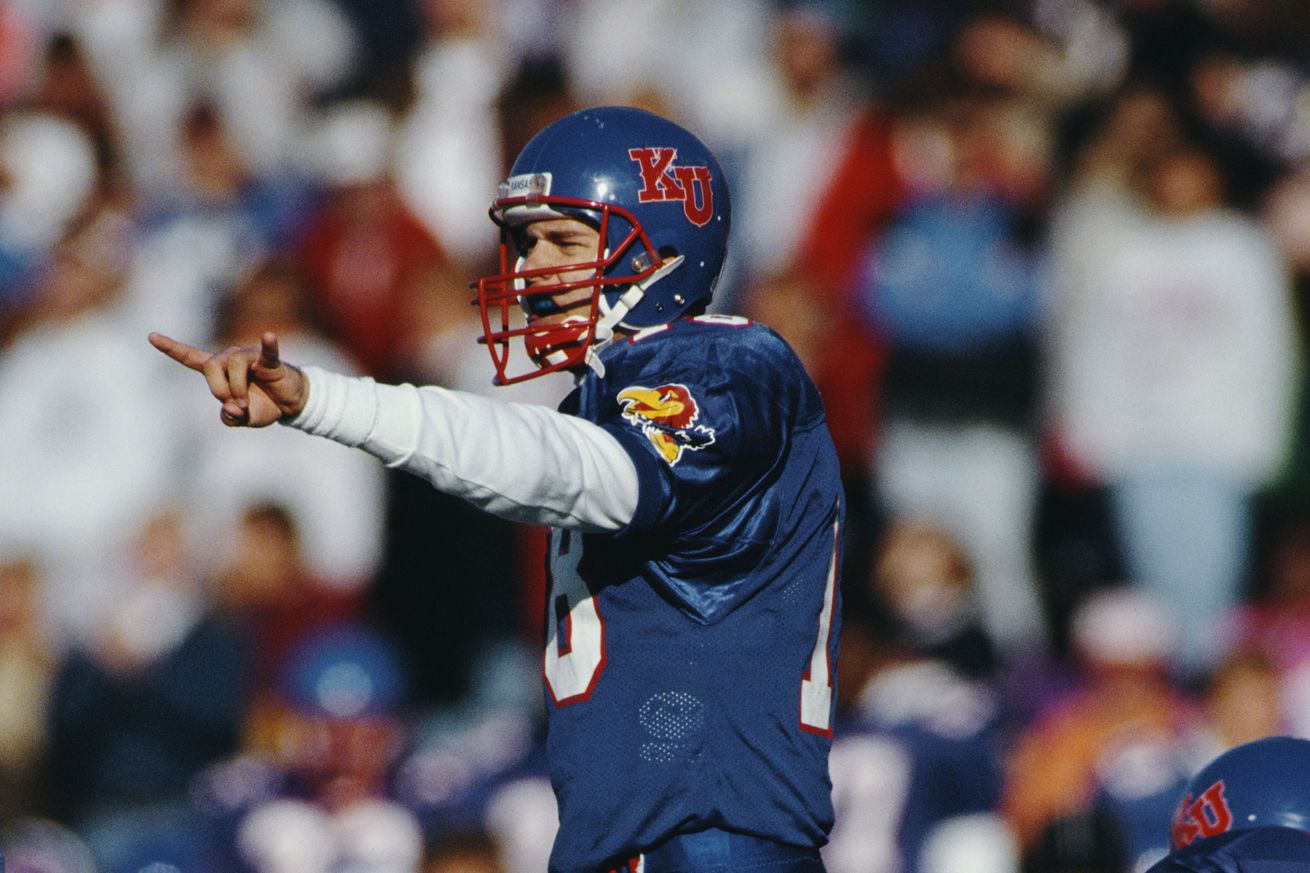 Okay, gotta run! Apu, I’m sure you want to get upstairs and fix that broken toilet before Marge yells at you again

How 2021 OT Christien Hawks developed high football IQ, mindset [VIP]
Listed at 6-5, 250 pounds and armed with a reported 4.8 40-yard dash, Christien Hawks has the physical tools to dominate the competition he plays at Norton HS (Kan.). But it doesn’t take long into a conversation with Hawks to realize he has the cerebral skills to match his physical game.

New KU basketball offer reported: 2022 four-star Ramel Lloyd [VIP]
Lloyd, the No. 57-ranked prospect in the Top247 (class of 2022) and No. 9-ranked California player has already pulled in offers from the likes of Arizona State, Arkansas, Dayton, TCU, USC and several other. Self-Described as a “big point guard,” Lloyd noted in an interview with 247Sports’ Brian Snow that he’s best at getting downhill and contributing across the board, whether it be shooting or rebounding.

Three KU football questions entering the summer: Quarterbacks
The second year of the Les Miles-era of KU football is underway, though it is currently on hold due to the COVID-19 pandemic. All NCAA spring sports, including the spring slate for KU football, were called off.

Pooka Williams wins bracket of top Louisiana HS RBs of all-time
Well, if there’s any question what Pooka Williams’ reputation is back in Louisiana, it’s clearly as one of the top running backs — if not the best running back — in the history of the state.

Winners and losers of the NBA Draft deadline
Due to an NCAA rule change instituted last year, players who did enter their name early don’t have to keep it submitted so long as they’ve refrained from hiring an agent or they are working with one of 23 agents certified by the NCAA. Players can also elect to return to school if they go undrafted, but this rule only applies to players who participate in the NBA Draft Combine.

QB Jameis Winston reaches one-year deal with Saints
Winston, 26, is hoping to experience the same type of career revival in New Orleans that Teddy Bridgewater did under the tutelage of coach Sean Payton and starting quarterback Drew Brees.

Chiefs CB Bashaud Breeland faces multiple charges in South Carolina
Breeland, 28, faces charges of resisting arrest, having alcohol in a motor vehicle with the seal broken, having an open container of beer or wine in a motor vehicle, possession of 28 grams or less of marijuana or 10 grams of hash, and driving without a license.

Steve Kerr says league-worst Warriors ‘in offseason mode’
“It feels like the offseason,” Kerr said during a video conference call in conjunction with the University of San Francisco on Tuesday. “And, in fact, we had a Zoom call, Bob Myers and I got on a Zoom with our players, our whole roster last week. And it was just a chance to check in, but it was also a chance for Bob to update the players on his contact with the league and the latest news, but it also kind of felt like our annual team exit meeting. Our coaching staff and I have been undergoing staff evaluations, offseason plans, so we are absolutely in offseason mode right now.”

Coronavirus: Premier League on collision course with players over restart plans – sources
A growing number of Premier League players do not want to play football during the coronavirus crisis in what is a major blow to the league’s hopes of resuming the 2019-20 season, sources have told ESPN.

Behind the Scenes of a Pandemic – Flathead Beacon
So once the COVID-19 pandemic began infiltrating Montana and Flathead County, he and Big Mountain Fire Chief Ben DeVall swiftly shifted into familiar roles as Planning Section Chiefs, where they develop plans for the team managing the emergency on a local level.

Federal prisons reversed course after telling inmates of COVID-19 releases.
David Patton, the executive director of the independent nonprofit organization that offers legal defense for indigent defendants and incarcerated people, says the chaos and confusion at the Justice Department got so bad last week that BOP officials told prisoners they were going home only to rescind that promise while family members were en route to prisons to pick up their loved ones. Those folks, furious and frustrated, anxious and afraid, were forced to turn around and go home.

US first-quarter GDP shrank 4.8%, vs 3.5% decline expected
Gross domestic product fell 4.8% in the first quarter, according to government numbers released Wednesday that provide the first detailed glimpse into the deep damage the coronavirus wreaked on the U.S. economy.