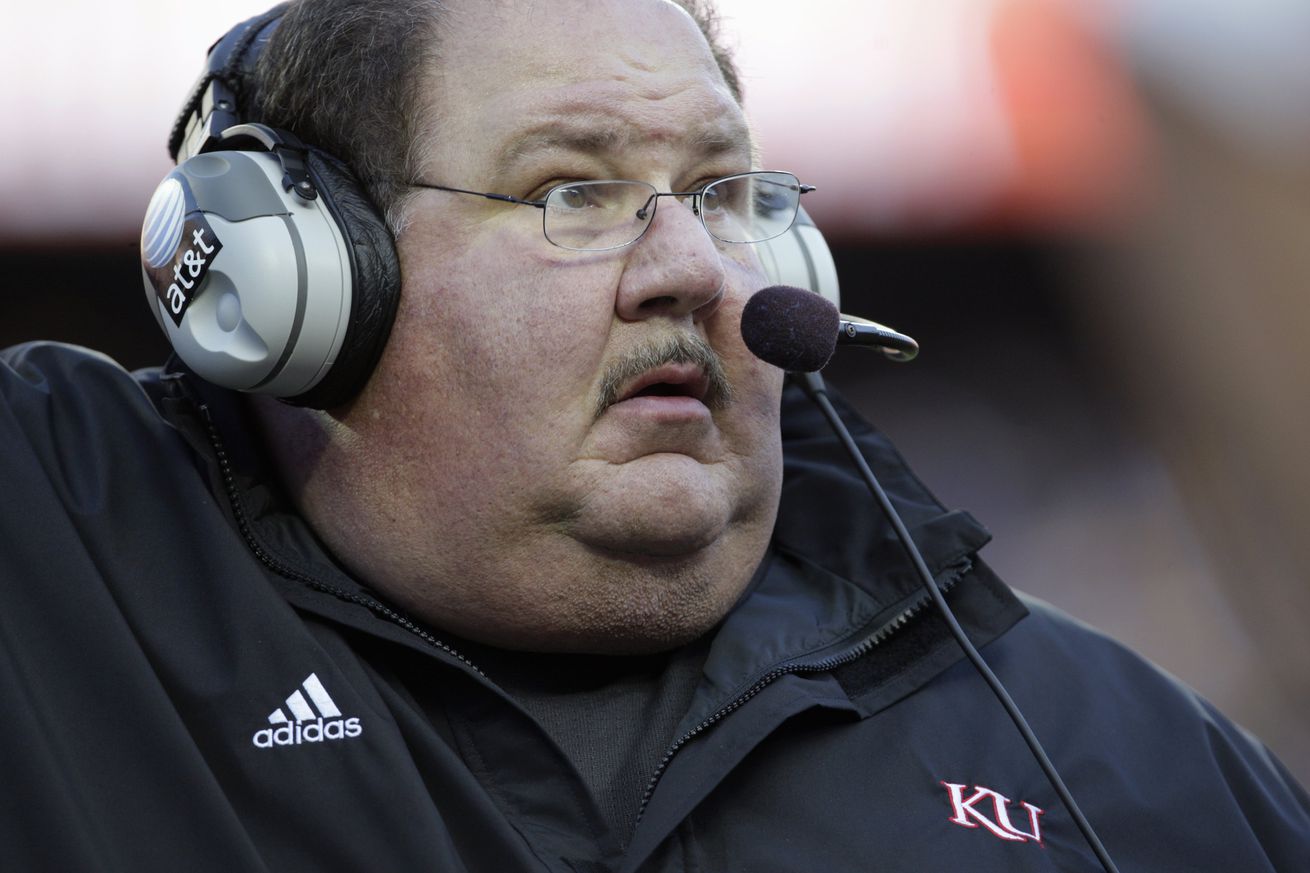 Your kid flew five feet, that counts as a ride, two bucks!

Inside the fake punt that helped KU football win the Orange Bowl
“Well, we had practiced it but used it as an automatic, which means that we told Brandon McAnderson that if they gave him this certain look with the gunners coming in off the edge that he had the latitude [to call the fake],” Mangino said on the broadcast. “The momentum changes, you know, when you’re in a big game. Sometimes you’ve got to roll the dice and we’ve been known to do that. And it wasn’t that big of a risk. Virginia Tech gave us what we wanted so we took it.”

Every Big 12 player picked in the 2020 NFL Draft
The top two players drafted from league schools were wide receivers; in a league known for its offense, that ranks up there with “the sky is blue.” But the next four players — three of them first-rounders — were defenders, showcasing that the league had some strong individual defensive talent trying to slow down those explosive offenses. In fact, of the 21 Big 12 players to hear their names called over the three-day event, 12 plied their trade on the defensive side of the ball: five defensive linemen, three linebackers, one cornerback and three safeties.

What Hakeem Adeniji, Les Miles said about Bengals drafting KU OT
“We couldn’t be happier for Hakeem,” Miles said through a release. “He’s a great young man who was a leader on and off the field for our program. I look forward to watching his NFL career progress with the Bengals. He will provide some positional flexibility and can play multiple positions along the offensive line and has what it takes to play in the National Football League for a long time.”

KU football’s Hakeem Adeniji selected in 2020 NFL Draft
A four-year starter at the University of Kansas, Adeniji joined the Jayhawks after a cashew allergy kept him from going to Air Force. Primarily used as a left tackle, Adeniji was praised as one of the top offensive linemen in the KU program from his first year to his senior year. In his final season, Adeniji picked up first-team All-Big 12 honors and an invitation to the Senior Bowl.

BREAKING: Wake Forest dismisses basketball coach Danny Manning
“After a comprehensive review of the men’s basketball program, and with the support of President Hatch and University leadership, I have determined that it is time for a change in our head coaching position,” Currie said in a release. “We thank Coach Manning, Julie and Evan for their service to Wake Forest and for their commitment to our student-athletes and the Winston-Salem community over the past six years.”

Saints agree to re-sign QB Taysom Hill to deal through 2021
While the New Orleans Saints are closing in on a deal with quarterback Jameis Winston, they doubled down on their investment in current backup Taysom Hill.

Tulane guard Teshaun Hightower charged with murder in Georgia
Hightower, the Green Wave’s leading scorer in the 2019-20 season, was being held in the Henry County Jail without bail on Sunday. He is charged with felony murder, aggravated assault, possession of a firearm during the commission of a felony, and battery. He was scheduled to appear in court Sunday morning.

Diana Taurasi wants to enter ownership, questions lack of women investing in sports
Diana Taurasi said Saturday that she’d like to be in sports ownership after she retires from playing and that she is disappointed in wealthy women for what she sees as a lack of support for women’s professional sports.

Kevin Love, Gabrielle Union and JJ Watt react to episodes 3 and 4 of ‘The Last Dance’
NBA players went to Twitter to highlight their appreciation for Rodman’s game and his antics, including a story about the time Michael Jordan had to retrieve “The Worm” from Las Vegas.

Michael Jordan says he still hates the ‘Bad Boys’ Detroit Pistons
“Oh, I hated them,” Jordan said in Episode 3 of the ESPN docuseries “The Last Dance,” which aired Sunday. “And that hate carries even to this day.”

Exclusive: She’s been falsely accused of starting the coronavirus. Her life has been turned upside down – CNN
Maatje Benassi, a US Army reservist and mother of two, has become the target of conspiracy theorists who falsely place her at the beginning of the coronavirus pandemic, saying she brought the disease to China.

#timstwitterlisteningparty gave Oasis’ ‘Be Here Now’ a second chance
Having hosted online listening parties for Oasis classics ‘Definitely Maybe’ and ‘What’s The Story, Morning Glory’ – albums whose classic status can’t be questioned – this week he brought his ever-growing, cultish series to 1997. He brought it, specifically, to ‘Be Here Now’. It gave the unfairly maligned third Oasis album a deserved second chance.

Big-government conservatives mount takeover of GOP – POLITICO
The crisis of Covid-19, which has already killed far more Americans than the 9/11 attacks and the wars in Afghanistan and Iraq that were waged in response, seems likely to have a similar effect. And while the political impact of a deadly pandemic is by no means the most important question of the moment, the Trump administration’s embrace of a massive government intervention to cushion the economic impact of our national self-quarantine has intensified a debate on the right about Republicans and the role of government.

COVID-19 in Montana (Sunday, April 26)
As of Sunday morning (April 26), there have been a total of 448 confirmed cases of COVID-19 (coronavirus) in Montana, an increase of three since Saturday.