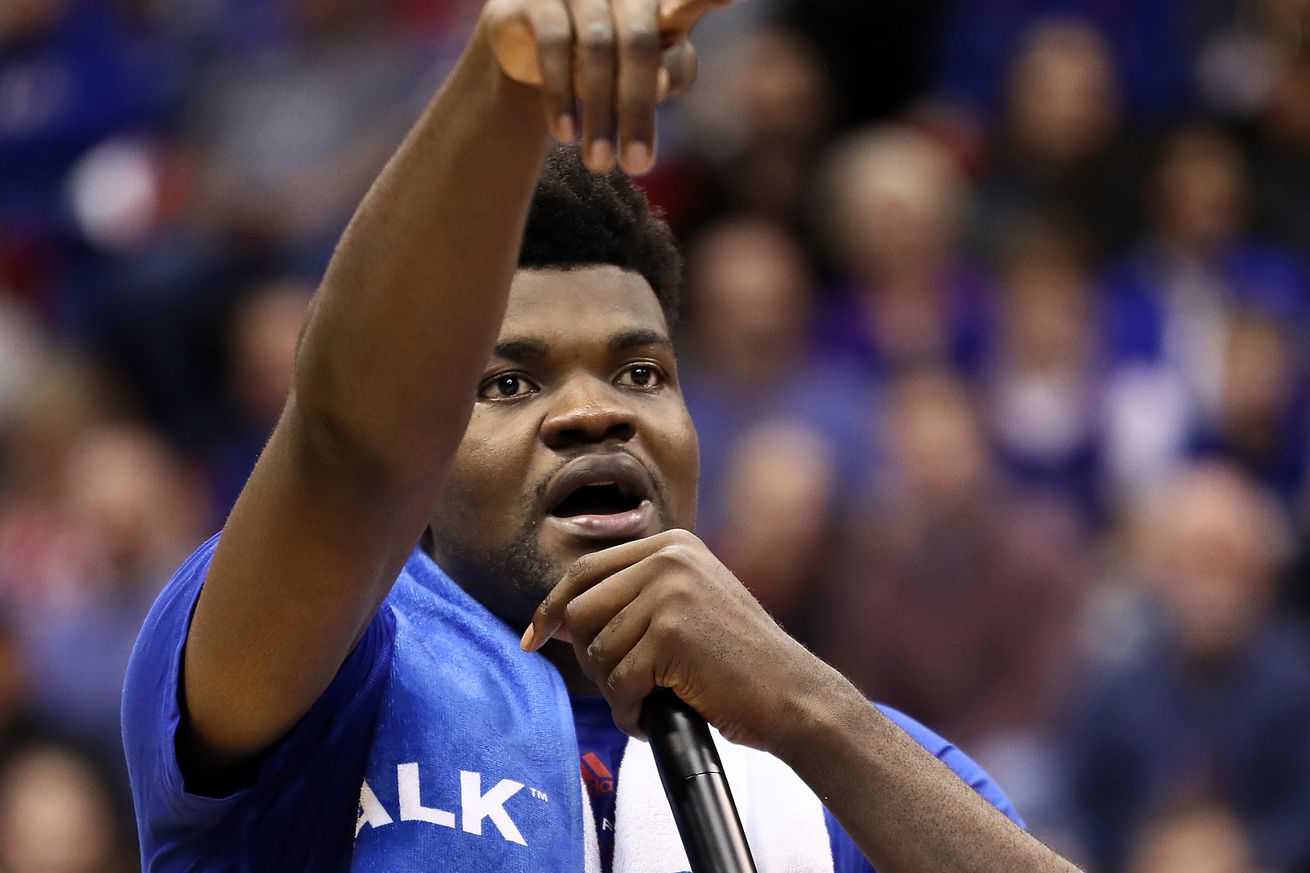 If you want to go to hell, you should take a trip, to the Sodom and Gomorrah on the Mississip’. New Orleans!

‘Let’s go to Atlanta’: Kansas seeking more after Big 12 title
“I thought he forgot to thank a couple custodians that may have held the door or something,” Bill Self jokingly corrected after the game.

‘Went out with a bang’: Udoka Azubuike dominates on senior night
During the pre-game shootaround before KU defeated TCU, 75-66, to claim a share of the Big 12 title, Self wanted Azubuike to take things easy and just get loose. Azubuike has been recovering from an ankle sprain he suffered in Saturday’s win over Kansas State and Self didn’t want Azubuike’s ankle to be sore for the game.

KU basketball vs. TCU: Quick recap and instant analysis
The Horned Frogs had an offensive explosion in the first half and even held a slim lead at halftime. Edric Dennis and Desmond Bane combined to shoot 9 for 11 from 3 in the first half as TCU scored 37 points in the first 20 minutes. In the second half, KU went on a defense-fueled 15-1 run that gave KU a double-digit led. TCU was never able to bring the deficit to seven points or fewer after that.

This week I’m joined by Mike Plank of Rock Chalk Talk to discuss the Kansas Jayhawks’ chance of making a deep run in March Madness, plus we discuss some Les Miles and spring football!

‘Parlay Patz’ faces federal charges for alleged threats to pro, college athletes
Federal authorities in Florida on Wednesday charged a 23-year-old sports bettor known as “Parlay Patz” with transmitting threats of violence directed at professional and collegiate athletes and their friends and families.

Stephen Curry to rejoin Warriors on Thursday
Golden State Warriors guard Stephen Curry will return Thursday against the Toronto Raptors after missing more than four months while recovering from a broken left hand.

Giannis inspired by LeBron’s elite ability at 35 – ‘Makes me want to be there one day’
“It’s amazing. He’s 35 and playing at a high level,” Antetokounmpo said Wednesday as his Milwaukee Bucks prepared to face James’ Los Angeles Lakers on Friday. “He just leads the path for us.

After California man dies from coronavirus, cruise ship is held off at sea – CNN
A cruise ship passenger died from the coronavirus less than two weeks after he returned home, marking California’s first death as the disease sickens people in 15 states.

An Alabama prisoner is set to die. Activists say his case was mishandled.
But family members and other supporters are adamant that he was not the one who fired the weapon that killed three Birmingham police officers at a drug house in 2004.

Lori Vallow, mom of missing Idaho kids, set to appear in court Friday
Lori Vallow, the mother of two missing Idaho children, briefly appeared in a Hawaii courtroom on Wednesday before her anticipated extradition to Idaho and a scheduled court appearance in the state on Friday.

Why the Fed Rate Cut Will Inflate the Stock Bubble – And Cause It To Pop
While this rate cut might seem like a positive thing at first, it’s not clear whether conventional policy tools can combat a disease like coronavirus. At the same time, the rate cut will likely inflate the stock market bubble as it encourages investors to buy more stocks, possibly leading it to pop.