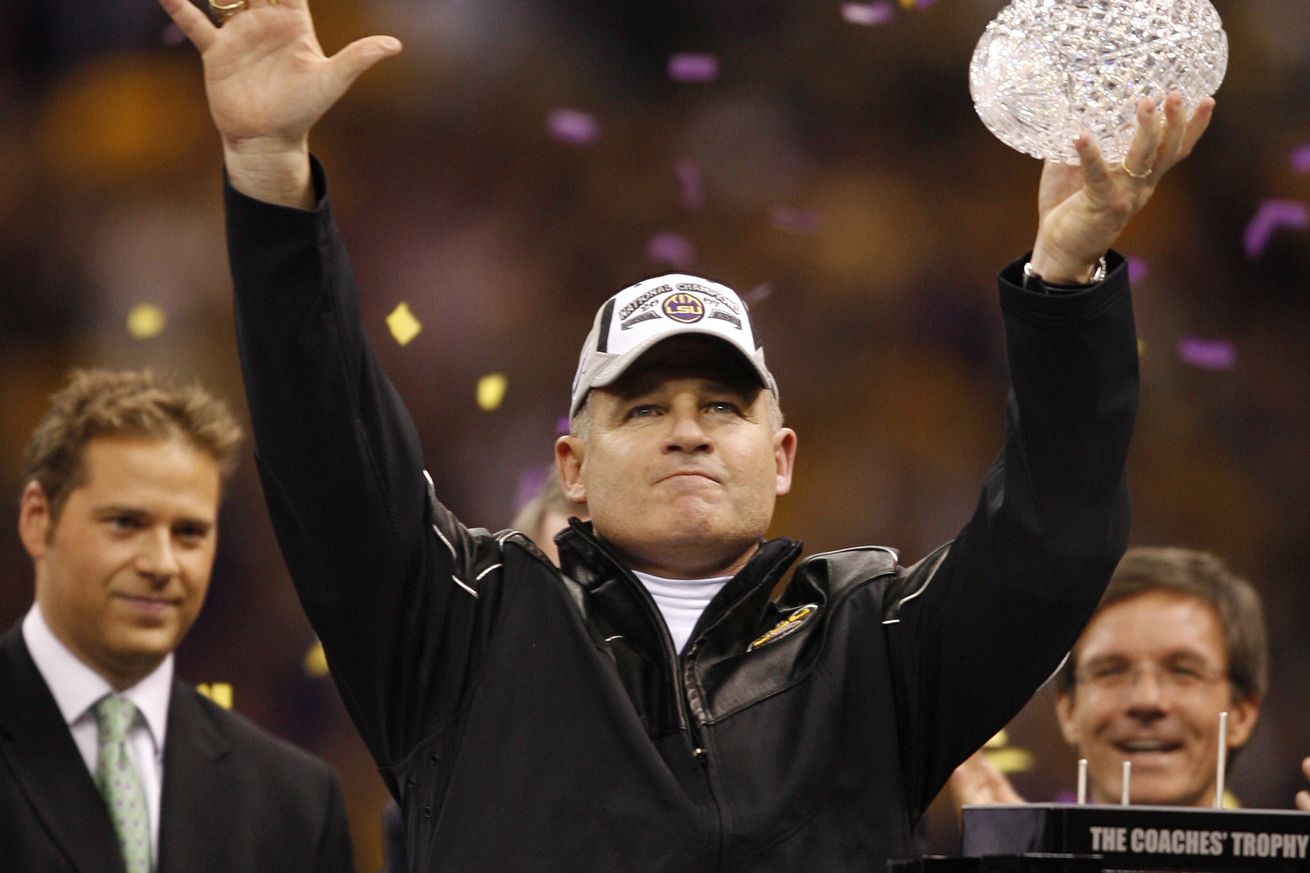 When cat burglaries start, can mass murders be far behind? This reporter isn’t saying that the burglar is an inhuman monster like the Wolfman. But he very well could be

Kansas’ Bill Self talks life lessons from coronavirus pandemic
“The one life lesson is no matter what we’ve got going on, or no matter who we think we are, there’s always something more important than us … and what we’re doing,” Self said. “To me, one life lesson is everything is relative. Sometimes we get so caught up in our own world so much that we think that what we’re doing is actually more important and affects more people than what it actually does. Maybe that’s something that can be taught.”

Les Miles and Kansas hosting virtual junior day
“To give you the full rundown of it basically for us as a staff was how do we find a way when no-one can come see us they can still see what makes Kansas a great football program from the comfort of their home and safety of their home,” Redmond explained to 247Sports. “Obviously social media is a major part of recruiting so utilizing it to showcase our campus, our staff and our personality, which are kind of the main pieces of a junior day, that was the main point of it.”

Kansas Basketball Devastated They Won’t Get Opportunity To Vacate National Championship
LAWRENCE, KS—Lamenting the NCAA’s decision to cancel March Madness amid coronavirus concerns, representatives from the Kansas men’s basketball team confirmed Tuesday that they were devastated about not getting an opportunity to vacate the national championship. “It really sucks we won’t have the chance to lift that trophy over our heads and then see it stripped away from us,” said forward Silvio De Sousa, expressing doubts that the school would ever be able to shell out the cash for such an elite roster of players again. “From the moment Coach Self recruited me with a new car, I wanted to bring a championship back to Kansas for a couple years. It would’ve been so amazing to watch that banner get taken down from the rafters, but it wasn’t in the cards for us this year. I guess I’ll never be able cut down a piece of the net and chuck it in the garbage once the scandal got out.” In a related report, Dayton basketball fans expressed disappointment that they’ll never get to complain for the next decade about being cheated out of a title.

Report: Chris Harris to join Los Angeles Chargers in FA
After a nine-year journey with the Denver Broncos that saw him go from undrafted free agent to Super Bowl Champion, former Kansas Jayhawks cornerback Chris Harris.’s time in the Mile High city has come to an end. But he will remain in the AFC West, exchanging the Orange Crush for a fresh, new Powder Blue look.

Bill Self looking to memorialize 2019-20 KU basketball team
Since the NCAA Tournament was officially canceled last Thursday, one question has been on the minds of KU basketball coach Bill Self and the KU staff: How do you commemorate a special team with no postseason accomplishments?

Nets defend testing players for coronavirus, cite use of private lab
“Using the test results, we were able to take immediate precautions and strictly isolate the players who tested positive,” the statement continued. “If we had waited for players to exhibit symptoms, they might have continued to pose a risk to their family, friends and the public. Our hope is that by drawing attention to the critical need for testing asymptomatic positive carriers, we can begin to contain the spread and save lives.”

NBPA’s Michele Roberts defends players, critical of government on virus testing
National Basketball Players Association executive director Michele Roberts said she was “disappointed” in the criticism NBA teams and players have gotten for receiving access to COVID-19 tests and sounded off on who she believes is responsible for the scarcity of public tests in America: the federal government.

Adam Silver lays out conditions for NBA’s return, mulls charity game ‘diversion’
NBA commissioner Adam Silver said in a SportsCenter interview with ESPN’s Rachel Nichols on Wednesday night that as the league attempts to navigate the coronavirus pandemic, one potential option for bringing back the sport would be some kind of charity competition — one separate from regular play — in order to give millions of NBA fans stuck at home something to watch.

2020 NFL free agency winners and losers – Why Dak Prescott, Kyler Murray and Browns fans are happy
The 2020 NFL free-agent market officially opened Wednesday amid one of the more unusual weeks in league history. With the rest of the sports world shut down this week due to the coronavirus outbreak, all eyes were on the NFL’s annual frenzy of player movement. And the league did not disappoint.

In a time of crisis, a panicked nation comes together to watch nu-metal band Trapt melt down on Twitter.
But now, after sending out roughly 900 tweets in 48 hours (which accounts for one-fifth of their total tweet output) , Trapt will be remembered first and foremost for an absolutely spectacular Twitter meltdown the likes of which we haven’t seen since Smash Mouth. As far as I can tell, the tirade began when they responded to tweets from civil rights activist Talbert Swan and noted Chris Chris Evans

Trump says US-Canada border will close to “non-essential traffic”: Wednesday’s coronavirus news – Vox
West Virginia registered its first case of the coronavirus Tuesday, meaning that the virus has now spread to all 50 US states. This comes as President Donald Trump and his administration is instituting tighter border controls with US neighbors, specifically Canada for now.

Children can become seriously ill from coronavirus, study warns
As COVID-19 spreads throughout the world and the U.S., it’s accurately been seen as the biggest concern for people over 60 and those with respiratory issues or compromised immune systems. But as a study of new coronavirus cases in China shows, it can turn serious — and even deadly — for seemingly healthy children as well.