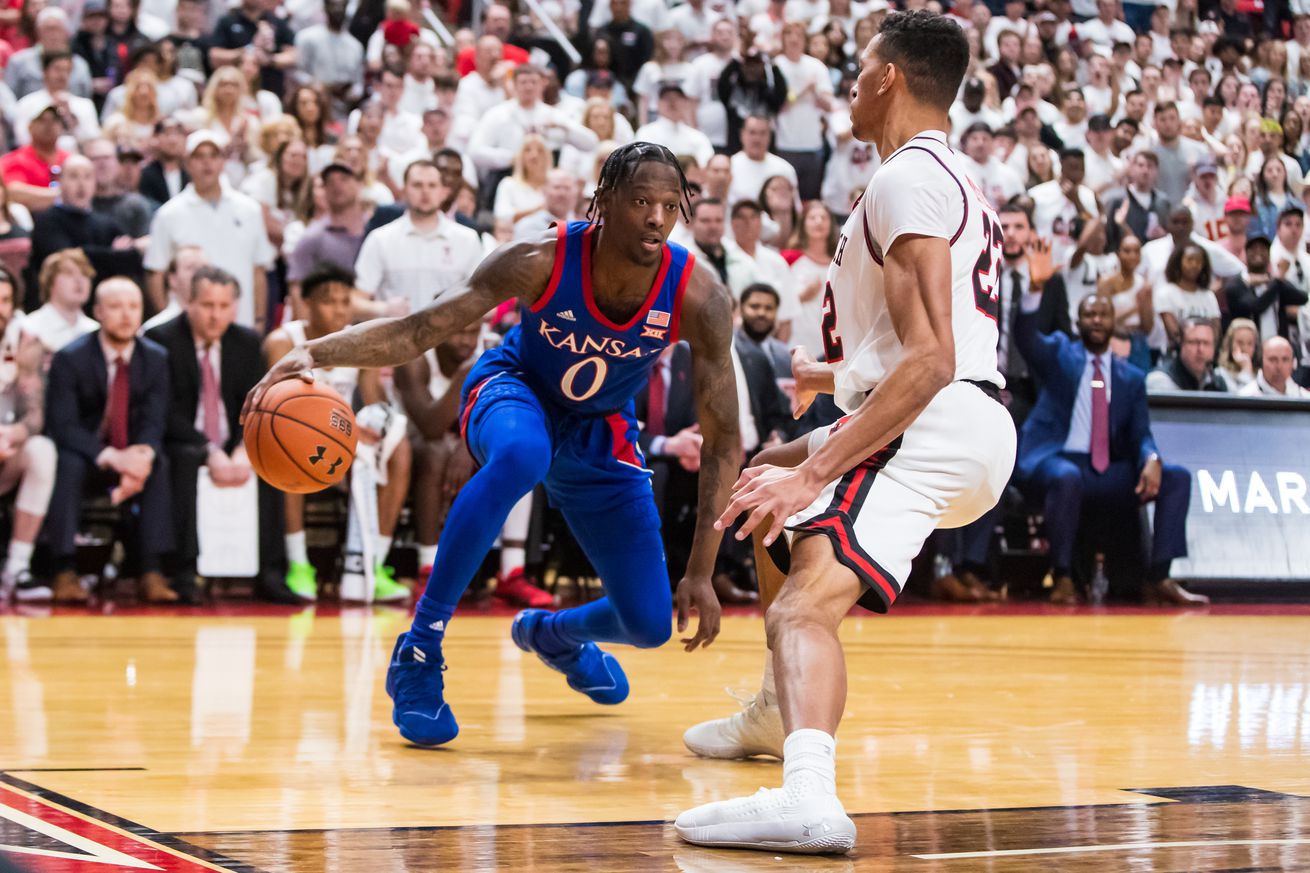 Ow! My bones are so brittle! But I always drink plenty of…malk?!

Pre-draft process could look unrecognizable for NBA prospects, such as Devon Dotson | Smithology | KUsports.com
College basketball stars such as Kansas point guard Devon Dotson didn’t get to take advantage of the NCAA Tournament as a showcase in front of potential NBA employers this March. And the way everything is trending, future opportunities between now and the 2020 draft — whenever that happens — could be scarce.

Hiatuses in sports put life in perspective for Bill Self | Smithology | KUsports.com
On a Monday afternoon that many of us would’ve spent scrutinizing the still fresh NCAA Tournament bracket, and maybe even getting into occasionally heated debates about which teams could or should actually advance, many local media members dialed in to a teleconference to hear from Kansas basketball coach Bill Self.

KU’s Azubuike one of 5 finalists for Naismith Trophy | KUsports.com
Although his dream of bringing a national title trophy back to Lawrence is now unattainable, Kansas big man Udoka Azubuike is still in the running for some meaningful hardware.

Kansas basketball coach Bill Self says Jayhawks were ‘built’ to win in March | KUsports.com
During a conference call with reporters Monday afternoon, Kansas coach Bill Self said from his home in Lawrence that his players believed they were “built” to make a run to a national title.

Steve Kerr — Team USA coaches still planning on Tokyo
As the uncertainty surrounding the spread of the coronavirus hovers over the world, Golden State Warriors coach and Team USA assistant Steve Kerr said Tuesday that the staff must plan as if the Tokyo Olympics will go on as scheduled this summer.

Sources — Jason Witten agrees to 1-year deal with Raiders
Witten, the longest-tenured player in Dallas Cowboys history, intends to sign with the Raiders when free agency begins Wednesday, agreeing to a one-year deal in which he could make up to $4.75 million, according to a source.

Kevin Durant among four Nets players to test positive for the coronavirus
“Everyone be careful, take care of yourself and quarantine,” Durant told The Athletic, adding that he is feeling fine and not showing any symptoms. “We’re going to get through this.”

Stimulus checks: Mnuchin pitches GOP on $1 trillion response package that involves paying Americans directly – CNNPolitics
Treasury Secretary Steven Mnuchin on Tuesday pitched Republican senators on a massive economic response package amid the coronavirus crisis with a price tag that is now at a staggeringly high $1 trillion, which would include a first wave of checks to Americans that would cost $250 billion, a source familiar tells CNN.

West Virginia becomes the 50th state to report a coronavirus case. – CNN
West Viriginia’s lag might be due to a lack of testing, said a federal lawmaker and a sick nurse who’s been rejected repeatedly for testing.

Liam Gallagher: Oasis frenzy grows as Noel’s brother shares hilarious chat with Bonehead | Music | Entertainment | Express.co.uk
“How many THONGS do you own?” Liam piped up, as fans flooded the comments section with questions for the musician.

Without missing a beat, Bonehead quipped: “2 of my own, and I’ve still got your red one. Will sort it when I see you.

Tax payment deadline delayed by 90 days amid coronavirus crisis – CNNPolitics
Individuals and businesses will have an extra 90 days to pay the IRS if they owe additional income tax for 2019, Treasury Secretary Steven Mnuchin said Tuesday.

Flathead County Urges Businesses to Alter Services During Coronavirus Outbreak – Flathead Beacon
Although there have been no known local cases of COVID-19 in Northwest Montana, Flathead County officials are urging businesses “to begin immediate preparations for alternative ways of performing day-to-day activities.”

Fiona Apple Quit Cocaine After ‘Excruciating’ Night with Quentin Tarantino | toofab.com
“Every addict should just get locked in a private movie theater with Q.T. and P.T.A. on coke, and they’ll never want to do it again,” the 42-year-old quipped.