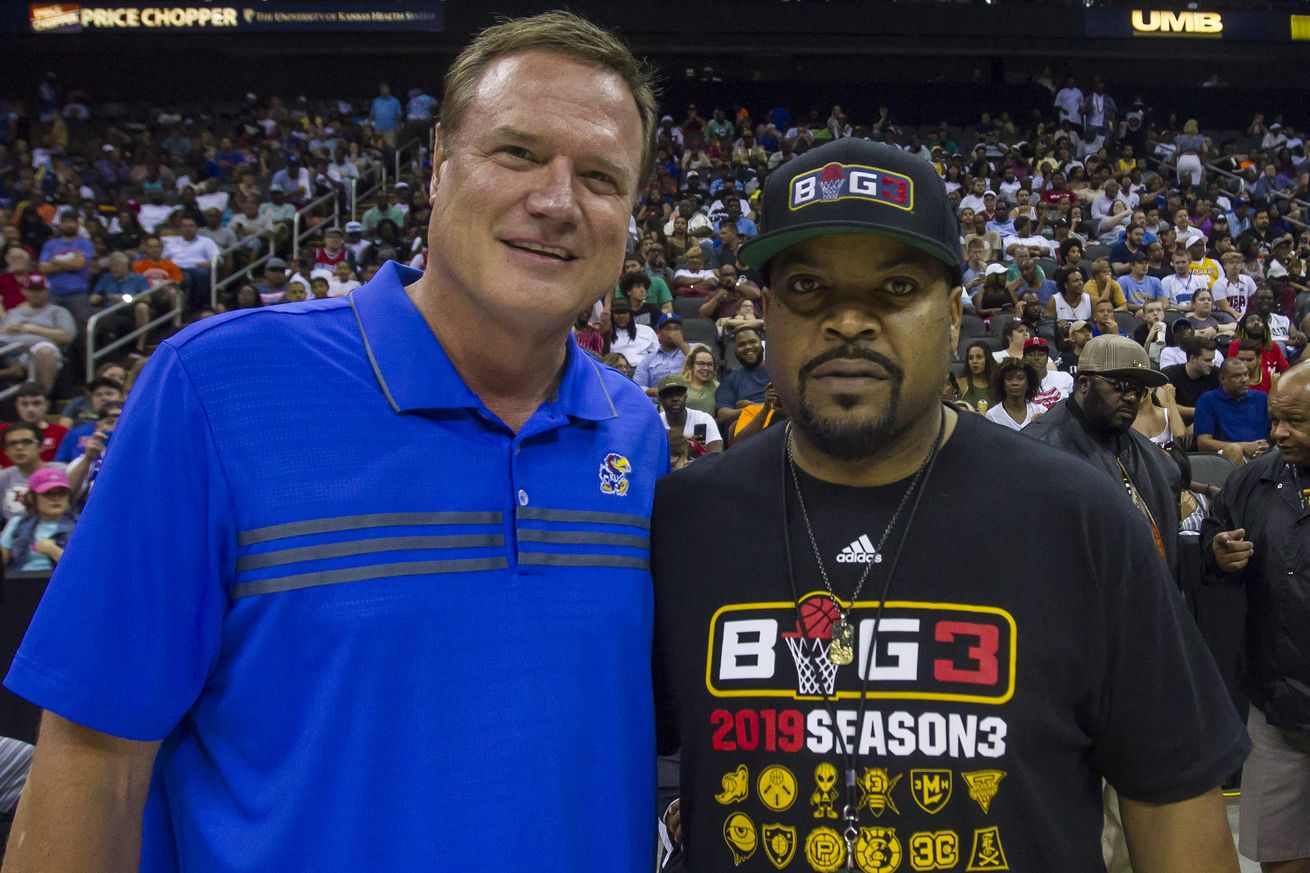 Bill Self keeping quiet on KU basketball’s NCAA regional choice
“I won’t share, [but] it has happened,” Self confirmed on Monday. “I won’t share what we’ve done. I don’t think that’s anything to be shared yet. It’s all hypothetical. Certainly I believe there were dozens if not a hundred schools that actually put in the exact same request if things fell their way, so I’ll keep that to myself. But if we play well this weekend maybe we’ll have the chance.”

Podcast: Previewing the postseason for Kansas men’s basketball
KU may have already wrapped up the No. 1 overall seed in the NCAA tournament after winning the Big 12 at 17-1 (28-3 on the year). That means KU will have the opportunity to choose its NCAA Tournament regional. The four regionals for the 2020 NCAA tournament are New York (East), Indianapolis (Midwest), Houston (South) and Los Angeles (West).

Udoka Azubuike ‘was speechless’ to be named Big 12 POTY
“He just called me [and said], ‘Hey bud’ — you know how coach talks,” Azubuike said. “‘Do you know you just won the Big 12 player of the year?'”

AP releases final hoops poll before Selection Sunday
Kansas is the last No. 1 in the Associated Press Top 25 Poll before the 2020 NCAA Tournament; a week from now, the polls will be moot as fans will have a full bracket to peruse. And the Jayhawks appear likely to be atop that bracket as well as the likely No. 1 overall seed

Conference Call: Big 12 Tournament Preview
Kansas City, Missouri, and Sprint Center will be the home for the Big 12 Conference Tournament this year once again and it looks like we could be in store for another exciting tournament.

Jazz’s Rudy Gobert pledges to do ‘justice’ to justify next ejection
“I don’t think it makes sense to me. But next time, I’ll do justice myself so the official can eject me for a reason,” Gobert told reporters.

Sources: NFL players won’t be allowed to change their CBA votes despite many requesting to do so
The NFL player representatives on Monday voted down a resolution that would have allowed players who have already voted on the proposed CBA to change their votes, sources told ESPN.

Santa Clara County bans gatherings of 1,000-plus after first death
The status of three San Jose Sharks hockey games, the NCAA women’s basketball tournament at Stanford and one MLS game are in doubt after Santa Clara County announced a ban of all large gatherings of at least 1,000 people for the rest of the month in response to the coronavirus outbreak.

Coronavirus updates: US cases, New Jersey emergency, St. Patrick’s
The U.S. death toll rose to 26, infections spread to all but a handful of states and two cruise ships languished on each side of the country Tuesday as the coronavirus rolled unabated across the nation and around the world.

Afghanistan conflict: US begins withdrawing troops – BBC News
The US agreed to reduce its troops from about 12,000 to 8,600 within 135 days of signing the agreement.

Columbia Falls school district worries about spring break travel
“We’ve got a group going to Spokane, a choir group going to Spokane, we’ve got a band going to New York City,” said Bradshaw. “So, we’re kind of holding off on making a decision, because both groups have of course put down money that’s non refundable money and we don’t want to hurt the kids. At the same time we’re extremely concerned about what we’ve read and seen.”