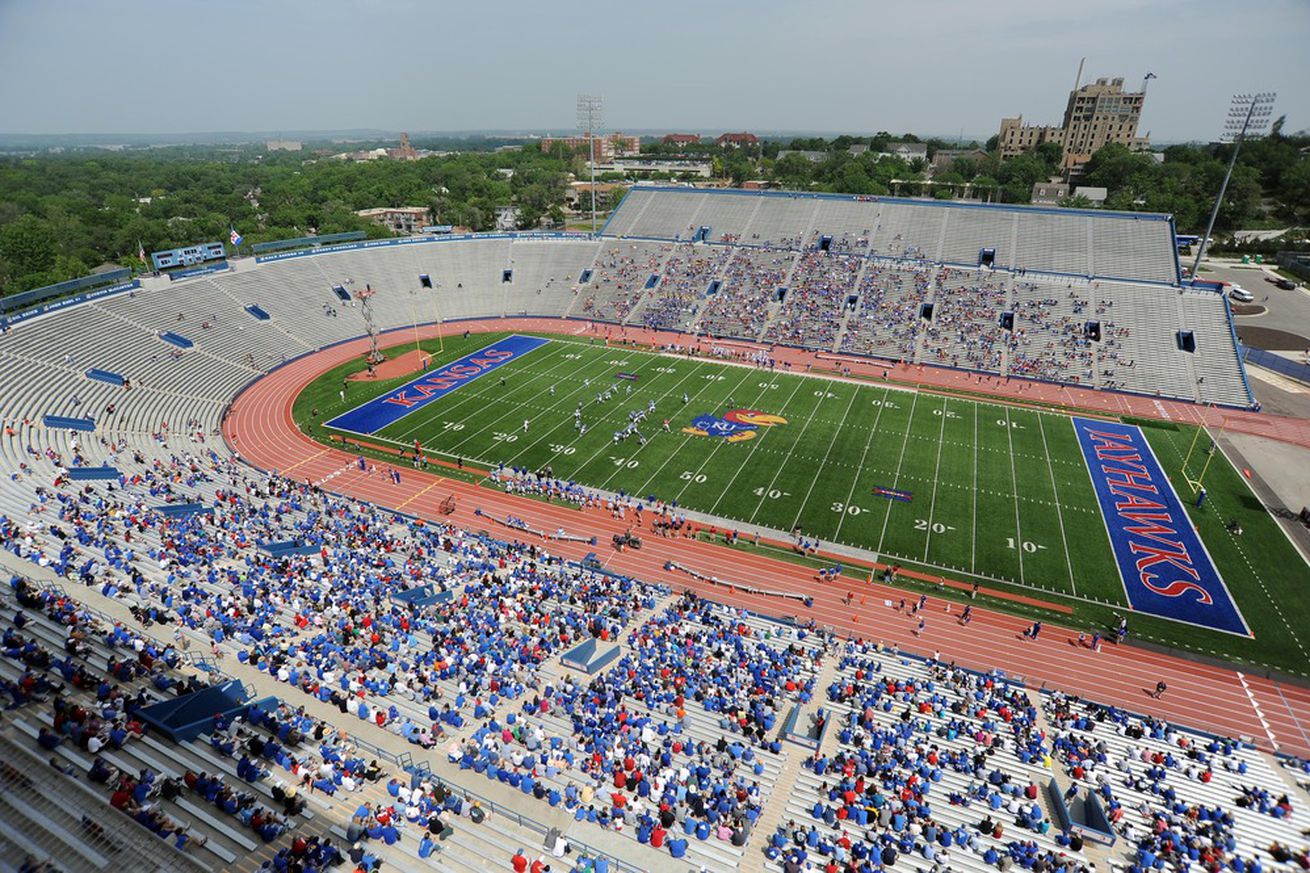 Son, when you participate in sporting events, it’s not whether you win or lose, it’s how drunk you get

Signing Day: KU football announces complete 2020 signing class
KU is coming off a 3-9 season that featured one Big 12 win — a 37-34 victory over Texas Tech. That was the first year for Miles, who took the reins of the program from David Beaty following the 2018 season.

Signing Day: JaCobee Bryant picks KU football after decommitment
“I felt like this was the right time, and coach [Brent] Dearmon helped me make my decision,” Bryant told Phog.net. “Man, he keeps it real with me.”

Signing Day: Jordan Brown’s recruitment ends with KU football
The star of camps at TCU and Kansas, among other venues, Brown waited on offers after he did not play most of his junior season. Previously at Cedar Hill, Brown and his mother told Phog.net that he suffered an injury related to a growth spurt. For one reason or another, he did not play often as a junior following that injury, and thus he transferred to DeSoto for his senior year.

In Beaty’s last season, KU football’s ticket revenue hit lowest point in at least 12 years, data shows | KUsports.com
According to an NCAA financial report released by Kansas Athletics Inc. in January, the program received $2.75 million in ticket sale revenue for the fall of 2018, down from $3.99 million the previous season.

KU women’s basketball suffers lopsided loss at No. 2 Baylor | KUsports.com
The Bears were superior inside all night, recording a 56-12 advantage on points in the paint. Baylor scored 18 second-chance points, while Kansas didn’t net a single such point. The hosts also had a 41-14 advantage on bench points in the win.

Notebook: Azubuike and Dotson land on Wooden watch list | KUsports.com
Two of the Jayhawks most responsible for No. 3 Kansas maintaining its place throughout the season as one of the best teams in the country, both Udoka Azubuike and Devon Dotson made the John R. Wooden Award late season watch list.

Sources – Prospect’s health holds up 3-team trade involving Mookie Betts
The blockbuster three-way trade that would send star outfielder Mookie Betts and starter David Price to the Los Angeles Dodgers has been held up due to questions regarding the health of one player involved in the deal, though officials with the teams remain confident it will be completed, sources familiar with the situation tell ESPN.

2020 NBA trade deadline – Latest news, grades and intel
After nearly five months between NBA trades — a rare break in the transaction game — the action heated up on Dec. 23 when the Jazz and Cavaliers agreed to a deal centered on guard Jordan Clarkson. Since then, there has been some more movement, including trades by the Dallas Mavericks, Golden State Warriors, Portland Trail Blazers and Sacramento Kings.

The Super Bowl halftime backlash says more about the complainers than the performers – SBNation.com
On Super Bowl Sunday, a nation of sweet, innocent children gathered around their televisions to celebrate the wholesome tradition of grown men risking permanent brain damage in the name of sports. What should have been a respectable evening of family-friendly violence was soon marred by something so crude and disgusting it inflicted irreparable damage on the game’s youngest, most vulnerable viewers:

Daily Inter Lake – Local News, Whitefish broker found guilty in fraud scheme
Following a five-day trial, Sean Finn, 51, of Whitefish, was found guilty of one count of conspiracy to commit wire fraud and securities fraud, four counts of wire fraud and four counts of securities fraud, according to a press release from the U.S. Attorney’s Office. He was acquitted of one count of wire fraud. Sentencing has been scheduled for May 12 before U.S. District Judge Kent J. Dawson of the District of Nevada, who presided over the trial.

How Vaping Became a Public Health Crisis
A decade ago, teen smoking was in a 20-year decline. Then vaping arrived. In the past several years, high-school students have become so comfortable with the habit that they no longer feel the need to hide it from their parents, many of whom are now vaping too. You almost can’t walk down the street in any American city without seeing someone take a draw from a pen. A 2019 CDC report found that over a quarter of American high-school students had vaped in the past month. All told, an estimated 8 million adults and 5 million middle and high schoolers are now doing it