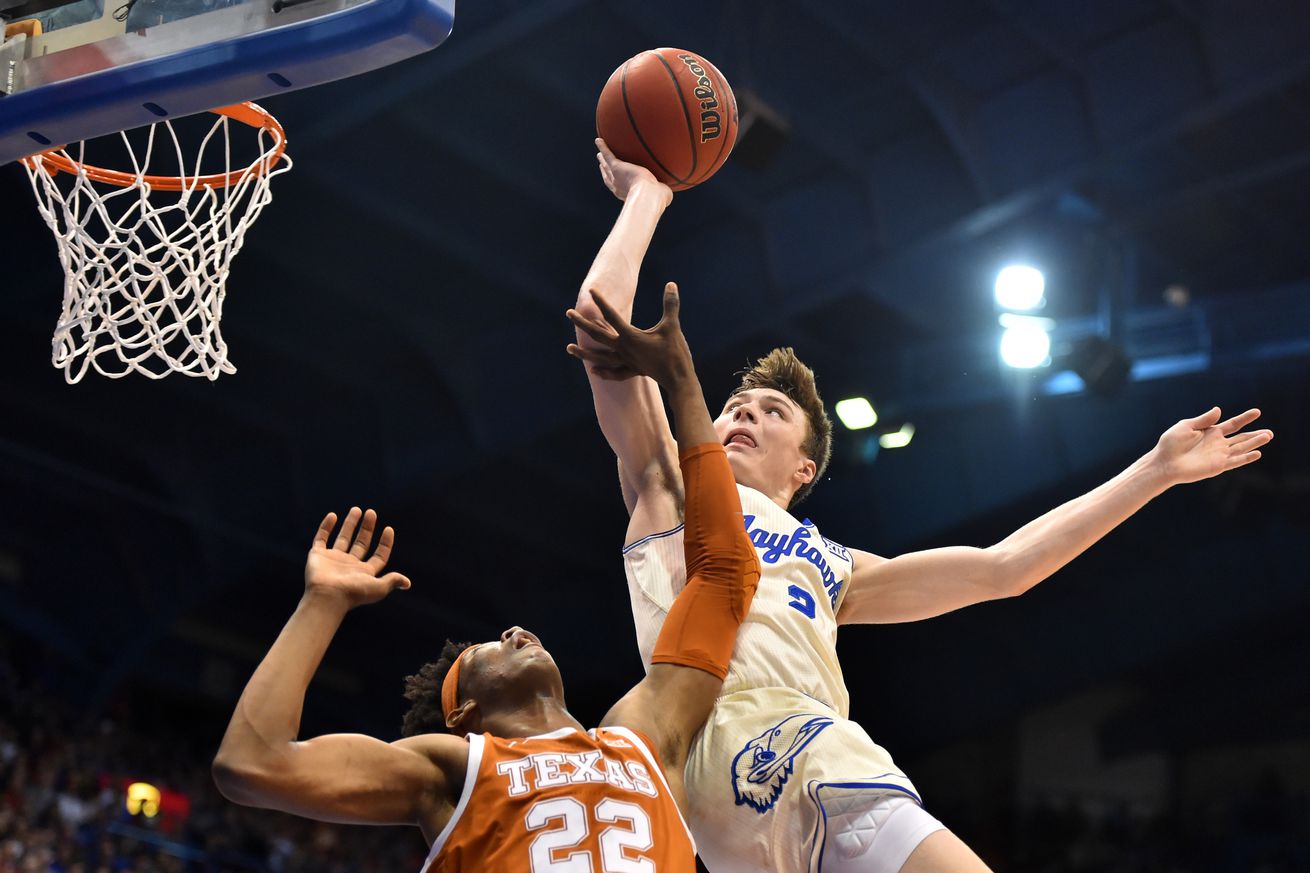 Marge, please, old people don’t need companionship. They need to be isolated and studied so it can be determined what nutrients they have that might be extracted for our personal use

KU football running back Dom Williams enters transfer portal
“After a lot of prayer and talking with my family. I have decided to enter my name in the transfer portal,” Williams wrote on his Twitter account. I would like to thank all the coaches who believed in me and gave me the opportunity to live out my dreams! I’m grateful for all the relationships I’ve made here with my brothers. I believe everything happens for a reason and I’m ready to start the next chapter of my journey.”

Bill Self: Kansas’ Udoka Azubuike responded well to benching
At 6 p.m., Udoka Azubuike was named to a watch list as one of the top 20 players in college basketball. At 8 p.m., he began KU basketball’s 69-58 win over Texas on the bench. At 10 p.m, his coach praised his attitude and maturity.

Dinged-up Marcus Garrett still contributing for KU basketball
“That was what I wanted to do coming off of the screen,” Garrett said. “I kind of didn’t even want to go make the layup. I just wanted [Jericho Sims] to help just a little bit because I knew once [Azubuike] dunked it, the crowd was going to get into it and it was going give everybody energy.”

KU basketball vs. Texas: Quick recap and instant analysis
Texas looked poised to keep things close in its latest matchup at Allen Fieldhouse, but the No. 3-ranked KU basketball defense kept that from happening. KU’s second half defensive effort propelled the Jayhawks to a 69-58 win.

LeBron James cites daughter in choosing Gianna Bryant’s No. 2 for All-Star team
Why No. 2, rather than No. 24 for his former Olympic teammate, contemporary competitor and the man from which he has taken the torch as the next great superstar for the Lakers?

Grizzlies’ Dillon Brooks relishes chance to play Andre Iguodala after trade
“A guy that’s on our team doesn’t want to be on our team,” Brooks said after scoring 15 points as the Grizzlies beat the visiting Pistons 96-82 on Monday. “I can’t wait until we find a way to trade him so we can play him, and I can show him what really Memphis is about.”

Patrick Mahomes realizes Disney dream — ‘Spoke it into existence’
Before the confetti could even settle on Sunday’s Super Bowl championship in Miami, Kansas City Chiefs quarterback Patrick Mahomes was whisked off to the Lombardi and MVP trophy presentations, a South Beach after-party into the wee hours of the morning and a Super Bowl MVP parade at Disney World. But not before he got to enjoy a full-circle moment he’d been wishing for since he decided to pursue football: being able to say, “I’m going to Disney World.”

Iowa Caucus Botched Results May End an Primary Tradition – Bloomberg
Caucuses are run by the political parties, not the government. State and local officials are in charge, with volunteers mostly handling work at the precinct level. There are paid staff at the state level, but they aren’t necessarily experts in elections technology. This isn’t exactly a huge surprise.

Rush Limbaugh announces he has ‘advanced lung cancer’ | Fox News
“So, I have to tell you something today that I wish I didn’t have to tell you. It’s a struggle for me because I had to inform my staff earlier today,” he said. “I can’t help but feel that I’m letting everybody down. The upshot is that I have been diagnosed with advanced lung cancer.”

Liam Gallagher’s Best Insults About Noel Gallagher | SPIN
“Potato,” Liam tweeted in May 2016 to accompany a side-profile shot of Noel, giving his brother a new nickname that ended up sticking. The singer utilized the noun for the carb-loaded veg on social media in June of that year, branding a grumpy looking pic of Noel “Pouting Potato” (and using “potato” several times since).

Local Health Officials Say Flathead Prepared for Coronavirus Despite Low Risk – Flathead Beacon
At this time, health officials say there are no patients in Flathead County or the state of Montana with confirmed novel coronavirus, according to a Jan. 30 press release from Kalispell Regional Healthcare and the Flathead City-County Health Department, which stresses that officials “have health protocols in place to screen for such cases and initiate emergency preparedness protocols, if needed.”