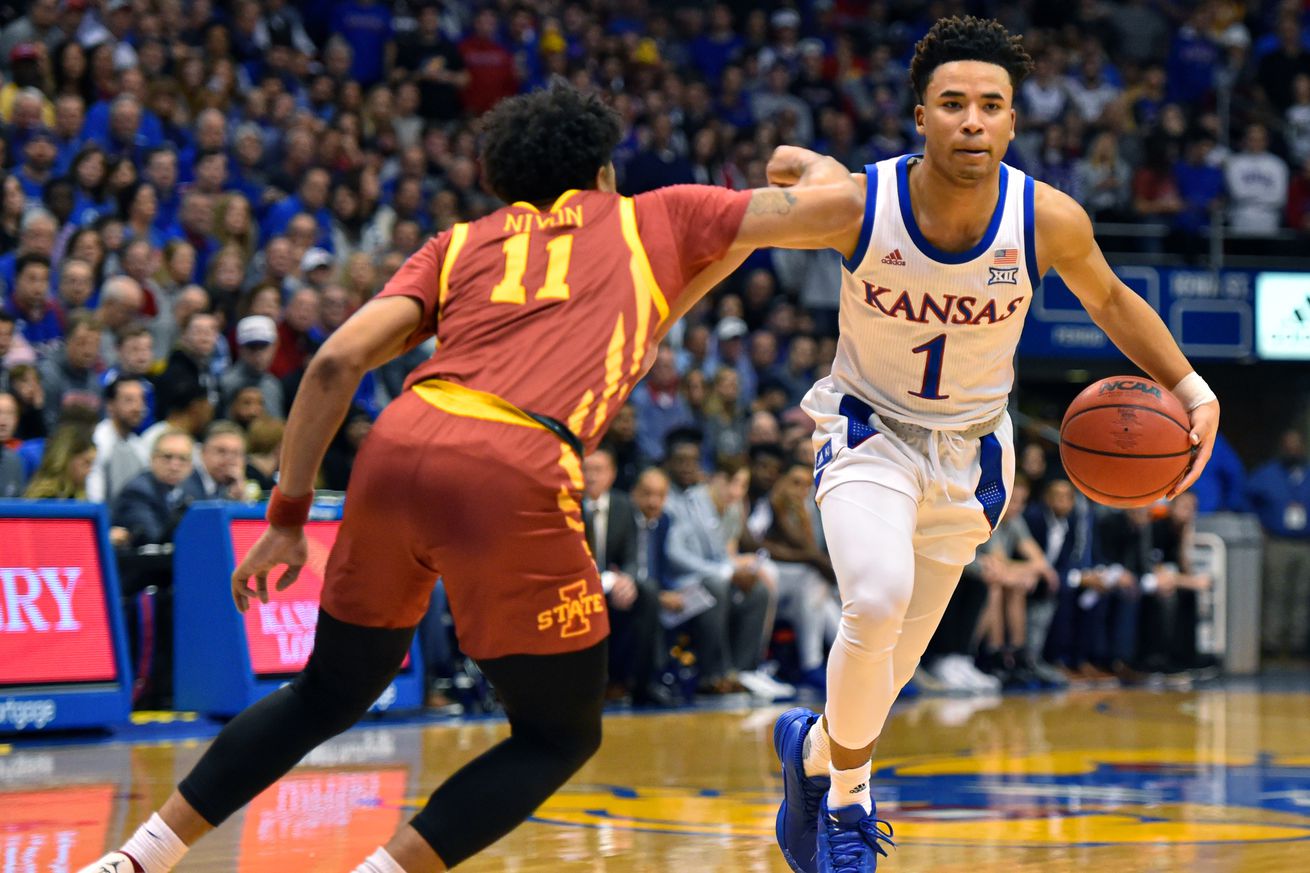 Oh my god. The dead have risen and they’re voting Republican!

Preview: Top-five showdown looming for KU basketball, Baylor
“No, I don’t have to do that; they know,” Self said on Thursday. “They know how many games are left in the league. I’m not approaching it like it’s the league race, I’m approaching it like it’s an opportunity to play a terrific team on a big stage away from home. The league race isn’t something I’m going to emphasize.”

KU football commit Jack Codwell honors trailblazing grandfather
It certainly seemed like a slam dunk for Jack Codwell to end up at Kansas. He watched Les Miles’ LSU teams and “fell in love with” how the current KU coach used his running backs, specifically power backs like Leonard Fournette.

Top 15 Baylor-Kansas Basketball Games
Saturday is yet another great opportunity for coach Drew and Self to create a new instant classic and potentially re-write the record books. We ranked the top 15 Baylor-Kansas games in their series history.

How is Devon Dotson feeling ahead of KU basketball vs. Baylor?
“I think we’re fine,” Self said. “I think this time of year everybody gets nicked up. Marcus [Garrett] has been nicked up the whole time and maybe Dot a little bit, I don’t know. We’re not going to make excuses or whatever. We’ll play. But I think going into today I think we’re pretty fortunate this year that — we’ve had injuries, but we haven’t had injuries that create a lot of missed games.”

Marshawn Lynch has ‘fun, pretty substantial role’ in HBO’s ‘Westworld’
Yes, that was Lynch flashing on screen in HBO’s trailer for Season 3 of the sci-fi series “Westworld,” which premiered Thursday. In the trailer, the Seattle Seahawks running back walks behind actor Aaron Paul in a particularly dramatic scene about 54 seconds into the clip, sporting a T-shirt with the word “BORED” illuminated on it, along with the words “AMUSED,” “ANGRY,” “SAD” and “EXCITED.”

Kyrie’s season is over (again), but does that mean Brooklyn’s is?
The Brooklyn Nets knew Kevin Durant would not be on the court during the 2019-20 NBA season. But while the team awaited Durant’s return, it could at least hope to have Kyrie Irving for the duration.

Donald Trump Is America’s 10th Highest Paid Athlete
According to the Government Accountability Office, during a one-month period in 2017, Americans paid $13 million for four trips to Trump properties for golf outings, including $60,000 for rooms and space at the Palm Beach resort. This includes thousands of dollars for lodging and feeding Secret Service agents paid directly to the resort owned by Trump. Using GAO data detailing the costs of Donald Trump’s travel, we can estimate that taxpayers pay about $600,000 per round of golf. The Washington Posts estimates that we pay $3.4 million for each presidential visit to the “Southern White House.”

This Map Shows What Each State’s Favorite Other State Is And It’s Priceless – Digg
Some interesting findings: whereas in the “Every State’s Least Favorite State” map, a lot of neighboring states held grievances towards each other, you can see in many cases in the “Every State’s Favorite Other State” map, people also voted their neighboring states to be their favorite state. Residents of Nevada and Arizona, for example, both voted California as their favorite state, and many of the states adjacent to Colorado, such as Kansas and Utah, seem to love the Centennial State.

Boy Scouts’ bankruptcy plan follows similar path as USA Gymnastics and Catholic diocese – CNN
Each of the organizations faces scores of sexual abuse lawsuits that allege the organization failed to stop serial predators from abusing young children. And each has filed for Chapter 11 bankruptcy protection to figure out a way to pay those victims.

Quaden Bayles: Celebrities rally to send bullied boy to Disneyland – CNN
Bullied at school for his dwarfism, 9-year-old Quaden Bayles sobs uncontrollably in the back of his mother’s car — saying to the camera: “Give me a knife, I want to kill myself.”

Kalispell man hospitalized following incident involving infant
The Flathead County Sheriff’s Office reports deputies were called out to the 1600 block of Highway 35 shortly after 8:30 p.m. for a welfare check on a male and his infant son. The reporting party indicated the male had been acting paranoid and she feared for the safety of the child.