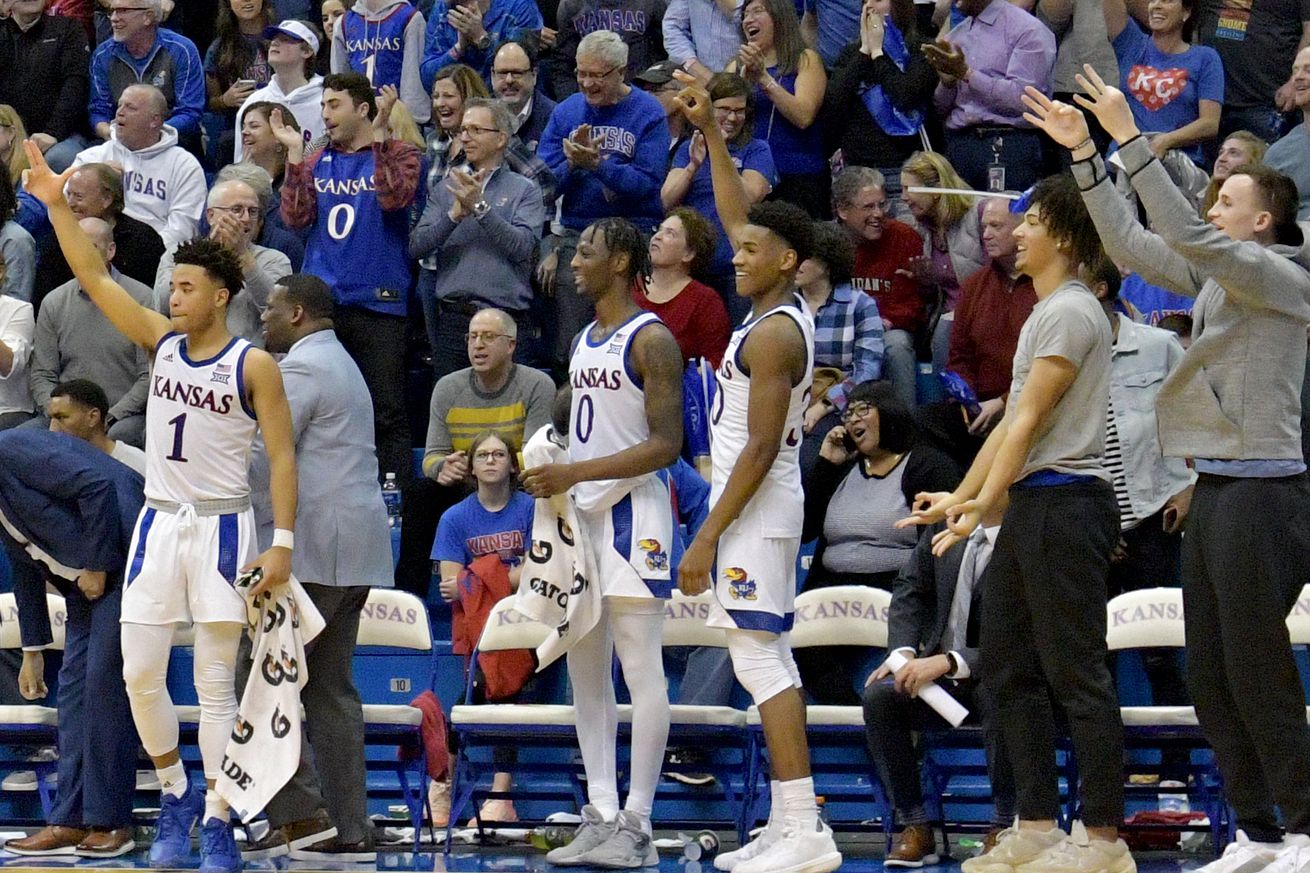 KU football announces hiring of new running backs coach
On Tuesday, KU coach Les Miles announced the addition of Jonathan Wallace as a new KU assistant. Wallace was the tight ends coach at Air Force in 2019. He previously coached under KU offensive coordinator Brent Dearmon at Bethel, and he also has experience both as a player and staff assistant at Auburn.

Bill Self, KU players reflect on win No. 800 at Allen Fieldhouse
“My favorite game was the one against Mizzou for sure,” said Braun.

Roy Williams sends touching note to former player
Keith Langford, who Williams recruited and coached for the first two years of his outstanding career with the Jayhawks, tweeted a note that he recently received from his old coach. That note included a letter he sent Langford about how to improve his game in the offseason.

Benton Smith: Marcus Morris takes deserved spot in Allen Fieldhouse rafters | KUsports.com
No one has or will confuse Marcus Morris’ college career with Wilt Chamberlain’s or Danny Manning’s. That doesn’t mean Morris should be denied a place among the pantheon of all-time Kansas greats.

John Beilein out as Cavs’ head coach; JB Bickerstaff takes over
After a brief and tumultuous tenure, John Beilein is leaving the Cleveland Cavaliers as coach, league sources tell ESPN.

Ryan Newman awake, speaking after Daytona 500 crash
NASCAR driver Ryan Newman is awake and speaking with family and doctors a day after his horrific crash on the final lap of the Daytona 500.

Source – Ex-Panthers TE Greg Olsen joining Seahawks on 1-year deal
Terms weren’t released, but a source told ESPN’s Adam Schefter the deal is for one year and worth $7 million, with $5.5 million in guaranteed money.

Trump Grants Clemency to Blagojevich, Milken and Kerik – The New York Times
The president also pardoned or commuted the sentences of eight others on Tuesday, including Edward DeBartolo, a former owner of the San Francisco 49ers.

Burger King customer hospitalized after chicken fries disaster: ‘They’re not taking it seriously’
A Pennsylvania woman is claiming that she spent four days in the hospital in October 2019 after biting into a scrap of metal in her chicken fries order from Burger King.

Busting coronavirus myths | AFP Fact Check
Here is a list of our 45 fact-checks in English so far, starting with the most recent:

The 10 Best Horror Movie Franchises, Ranked – CINEMABLEND
Horror franchises are usually driven right into the ground. It’s sad to say this, but since horror is such a lucrative genre that is oftentimes made on the cheap, sequels will often be churned out, sometimes yearly, and it gets to the point that the franchise becomes derivative. But there are some horror franchises that actually do tend to shine, and this is a list of those franchises. Now, while some of these franchises did eventually wear out their welcome, if there is more than one great movie in their respective series, then they have earned a place on this list. Because, hey, it’s not easy to scare people more than once. Just ask Shyamalan.