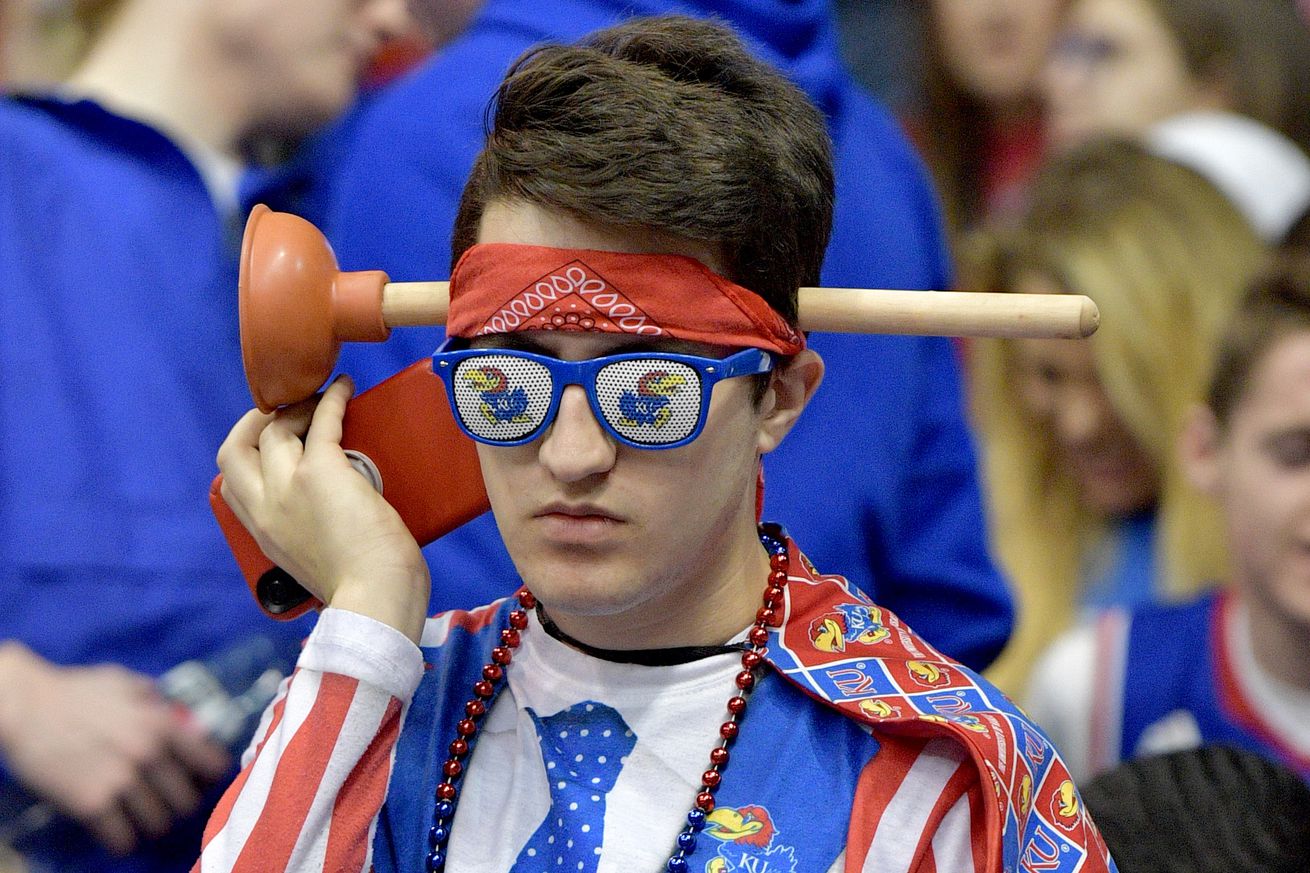 Media impressed with Kansas lighting up Iowa State
In games against Division I teams this year, Kansas ranked 105th nationally in 3-point field goal percentage; Iowa State sat even further down at 240th. But that didn’t stop the two teams from creating beautiful net music in the first half. Iowa State hit a staggering 9-of-12 3-pointers in the opening 20 minutes, yet went into the locker room down 10 points in part because Kansas hit 50 percent from deep itself, downing 7-of-14 shots from behind the arc.

2020 ATH Gabe Garber commits to KU football
Garber (via Twitter): “I am very excited to announce that I am going to be furthering my academic and athletic career at the University of Kansas. I want to thank my coaches, family, and community for everything they have done for me. Also I want to thank Kansas for taking a chance on me.”

Marcus, Markieff Morris celebrate jersey retirement together
“It’s a big honor for my family, for the Morris family in general,” Morris said. “Coming from Philadelphia, not in our wildest dreams did we think this was possible. … Just continued to work hard and continued to get better. … It represents us both because without Keef obviously this wouldn’t have been possible for me either. We took it both head on and stuck together through the entire time and really accomplished a lot together.”

Denny Hamlin wins 3rd Daytona 500 in photo finish
Hamlin won his third Daytona 500 on Monday, becoming the first driver since Sterling Marlin in 1995 to win “The Great American Race” in consecutive seasons. Hamlin’s victory last year was part of a 1-2-3 sweep for Joe Gibbs Racing and kicked off a yearlong company celebration in which Gibbs drivers won a record 19 races and the Cup championship.

UNC’s Roy Williams after another close loss — You can either compete or ‘curl up and start crying’
“You got two choices: You can compete your butt off, or you can get in the fetal position and curl up and start crying,” Williams said. “I’m not going to freaking do that. We’re going to f—ing — excuse me, I apologize to everybody — we’re going to freaking compete. That’s what we’re going to do. We play Saturday. You feel sorry for yourself, and you’re going to do that the rest of your freaking life. I apologize. I don’t know what I’m doing right now the way I’m cursing.”

Sportsbooks expect Astros hitters to be targeted often this season
In the past five seasons, only nine teams have been hit by pitches more than 83.5 times, but, with the anger over the sign-stealing scandal involving Houston, there is plenty of reason to believe the Astros will be targeted frequently.

Giants to exclude Aubrey Huff from 2010 World Series reunion, citing ‘unacceptable’ tweets
“Earlier this month, we reached out to Aubrey Huff to let him know that he will not be included in the upcoming 2010 World Series Championship reunion. Aubrey has made multiple comments on social media that are unacceptable and run counter to the values of our organization,” the Giants said in a statement. “While we appreciate the many contributions that Aubrey made to the 2010 championship season, we stand by our decision.”

Ryan Newman injuries non-life-threatening following fiery Daytona 500 crash
Newman slid across the finish line in a crumpled heap of metal, with sparks flying as his car skidded to a halt and fuel pouring onto the track frighteningly close to the flames.

The 25 Best Shows of the Decade 2010-2019 | TV Guide
In order to be eligible for consideration, a show had to debut on or after Jan. 1, 2010, and the sheer number of great shows released this decade made compiling a “best of” list nearly impossible. Conversations got heated and feelings got hurt. (“You haven’t watched Terriers? How do you even work here?”) But every show on this list is unimpeachable, and we’re proud to share it with you. It’s a diverse list that hopefully touches on everything that made this a decade of TV great.

The Top 25 Best Superhero Movies – IGN
It is time once again, in this post-Infinity Saga world, to narrow down the top 25 best superhero films of all time.

The Top 25 NBA Players of the First 55ish Games – The Ringer
Every team is either at or around 55 games played in the 2019-20 NBA season, which means it’s time to rank once again. Just like in December, after 25ish games played, The Ringer’s NBA staff was asked to rank the 25 best players in the league based solely off of what’s happened so far this season. The full results, based on average ranking, are as follows.

The 50 Best War Movies Ever Made
Is it true that movies glamorize whatever they touch, no matter how horrific? And if a war movie isn’t to sound a warning against war, what purpose does it serve? Even if Truffaut’s wrong — and it’s hard to see his observation applying to at least some of the movies on this list — it might be best to remove the burden of making the world a better place from war movies. It’s a lot to ask, especially since war seems to be baked into human existence.