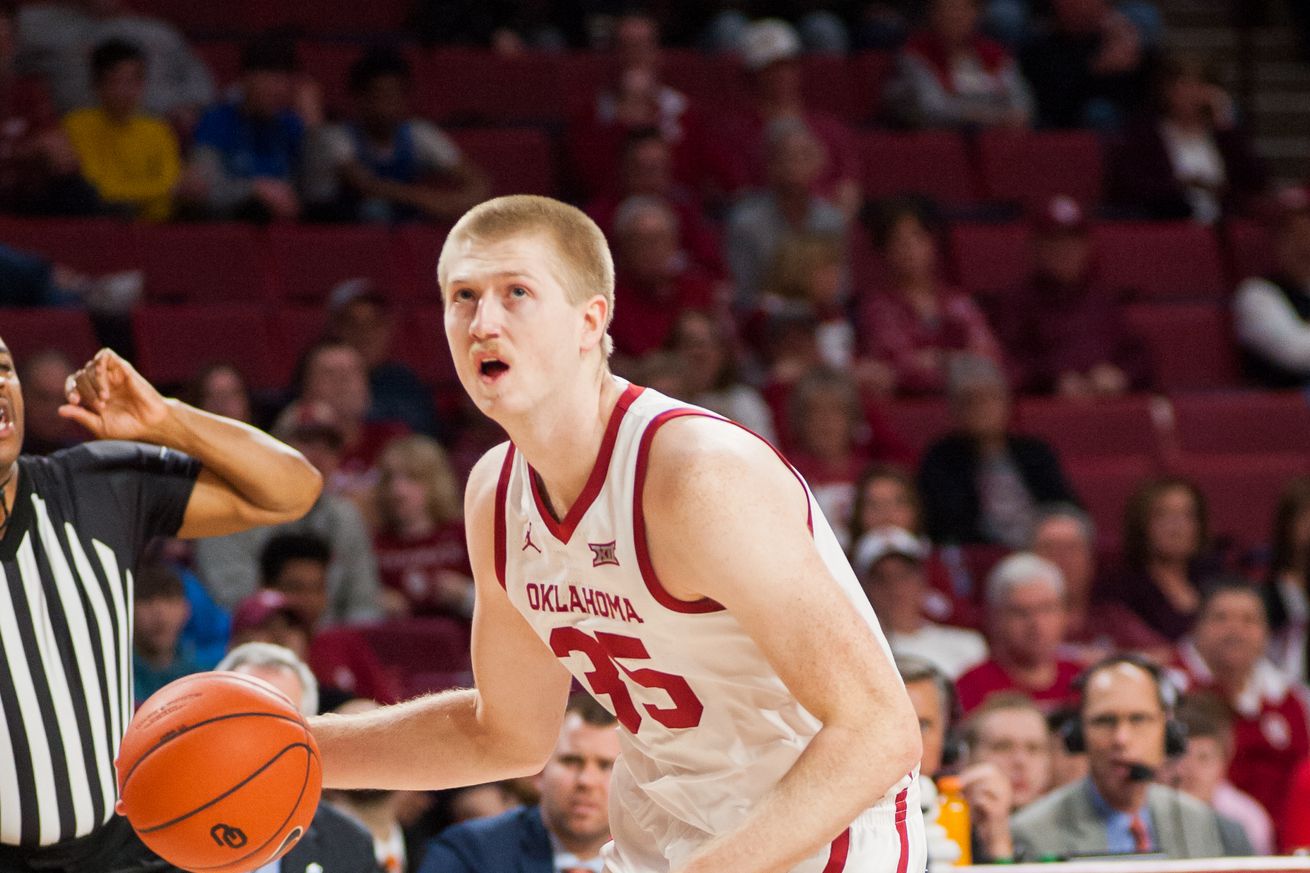 Oklahoma has moved up into a tie for fourth in the Big 12 and has been steadily trending upwards, coming off back-to-back double digit wins over West Virginia and Iowa State. At first glance, there isn’t a ton to suggest that Oklahoma does the things that can make things miserable for Kansas, but there are a couple things they can take advantage of to help their quest for the upset of the season.

For starters, they take a ton of threes, as almost 42 percent of their shots in league play have been from behind the arc. They also make a fair number of them, hitting just under 35 percent. However, that is mostly concentrated in just a couple people. Brady Manek is making 43 percent of his team leading 149 attempts, and Kristian Doolittle is shooting 37 percent on 54 attempts. Da’Vion Harmon is the only other Sooner over 35 percent.

Another good bit of news is that the Sooners don’t hit the offensive glass much. They rank dead last in offensive rebounding in the Big 12 and are sub-300th nationally. With how good Kansas has been at first shot defense this year, I think a team has to hit the offensive glass and get those second and third looks to have any chance of winning (unless they go nuclear from three of course). With how good Kansas is defensively, teams need to maximize the number of attempts they get against the Jayhawks. Oklahoma rarely turns it over, which helps, but getting offensive rebounds (and usually closer shots off those rebounds) would help even more.

Defensively, the Sooners don’t force a lot of turnovers, which is welcome news for the Jayhawks, who likewise need to maximize the attempts they get. Oklahoma has only allowed three teams to score over one point per possession against them this conference season, with one of those being the Jayhawks in Norman last month. Udoka Azubuike ran rampant in that one, with 5 dunks en route to 16 points, and the Jayhawks enjoyed a hot day from three, going 8-19 from behind the arc.

The 3-point shooting might not continue, but the Sooners don’t really have anyone to stop Azubuike inside and don’t pressure the ball enough to keep Kansas from getting it in there.

Manek is a difficult cover who 10 years ago would have been borderline revolutionary rather than something almost every team has. He’s shooting 43 percent from behind the arc and 54 percent inside it, and he’s become a lot better at shooting off the dribble while also moving exceptionally well off the ball and getting himself open looks.

Doolittle, while shooting well from behind the arc, is Mr. Inside to Manek’s Mr. Outside. He is shooting almost 46 percent on 228 twos this season. He is also one of the better defensive rebounders in the Big 12 and is a versatile defender as well.

Reaves has had an uncharacteristically tough shooting time from behind the arc, shooting 26.6 percent this year after shooting over 50 percent and 42.5 percent in his first two collegiate seasons at Wichita State. He’s also been effective inside the arc so far this season, and has been a good passer.

I don’t think Oklahoma is a bad team per se; they just are not a type of matchup that should give Kansas many issues. If they have a super hot day from three they can make things interesting, but Kansas should be able to score inside somewhat at will, and with how little Oklahoma hits the offensive glass the Jayhawks should be able to string quite a few stops together in a row and either build a lead or get back into it if need be. I’ll take the Jayhawks 75-63.