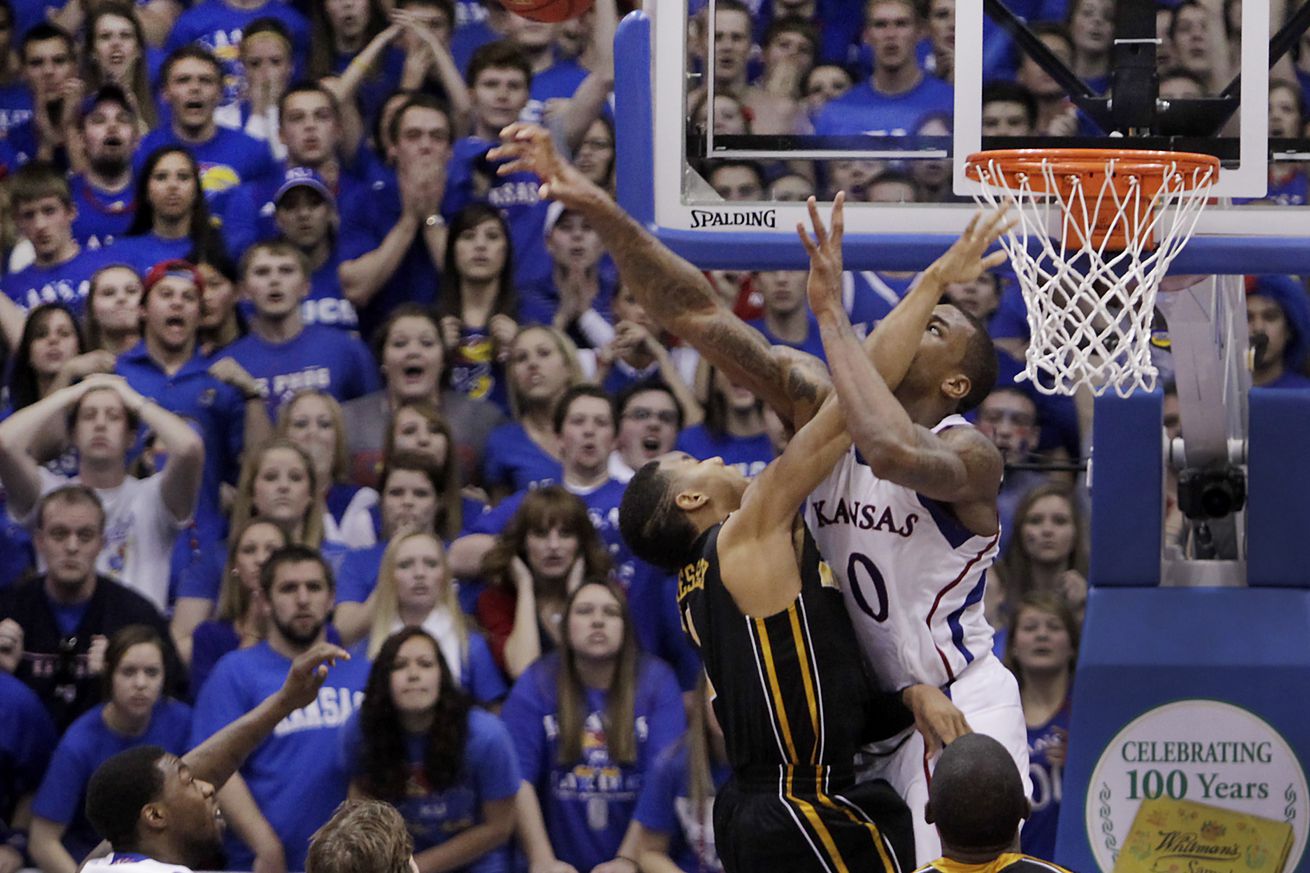 Ahh! I smelled some marijuana smoke in Vietnam!

That time Tyshawn Taylor bumped Jason Kidd for an extra timeout
“I get tweeted this stuff all the time because that’s like my one NBA highlight or whatever,” Taylor said in the interview. “But it actually was a genius idea by Jason Kidd.”

3-star 2021 DE Jayden Jones recaps virtual KU football visit
Jayden Jones has been building a relationship with the KU football coaching staff. He received his official offer notice over the weekend — he was verbally offered in June, but the official offers went out July 31 — and he even made a recent trip to KU’s campus.

Countdown to KU football (26): Is the Kansas defense underrated?
Well, I didn’t necessarily expect to be writing this column, but a post from one of our 247Sports staff members made me give it a look. Back at the end of July, our Brad Crawford linked up with 247Sports national analyst Bud Elliott to publish a post outlining “college football’s 20 most underrated defenses.”

3-star O-lineman Brock Burns opens up on KU football commitment
Three-star (Top247) offensive lineman Brock Burns has verbally committed to the Kansas Jayhawks, he tells Phog.net. Burns, who plays for Ozark HS (Ark.) made his commitment Saturday and formally announced the news Sunday, one day after the Jayhawks scored a commitment from 3-star quarterback Austin Myers.

CBS Sports drops latest ‘Top 25 and 1’
Illinois stars Ayo Dosunmu and Kofi Cockburn both announced that they will withdraw from the draft, giving the Illini some of the best star power in the Big Ten and perhaps the entire country. Dosunmu could be a favorite for the Bob Cousy Award honoring the nation’s best point guard, while Cockburn is a massive interior presence at 7-foot, 290 pounds.

Scouting Sunday: Breaking down new KU basketball commit KJ Adams
By now, you’re plenty aware that four-star forward KJ Adams committed to the KU basketball program on Friday, and thus today’s Scouting Sunday is all about him. However, we’re taking a little bit of a different approach this week.

Where 2011-12 Thomas Robinson ranks among CBB runner-up seasons
Robinson started all 39 KU games as a junior after making only three starts over his first two seasons. Of course, the reason why he was able to play in 39 games was the Jayhawks made it all the way to the 2012 national championship game. Robinson, in fact, scored 18 points with 17 rebounds and an assist in his college finale, a loss to the Kentucky Wildcats.

Magic forward Jonathan Isaac has torn ACL in left knee
“That was tough, man,” teammate Aaron Gordon said. “That one brought me to tears, and instantly — just because I know how good of a guy J.I. is and how hard he works and how hard he has worked to get back since hurting himself in D.C. That was tough.”

Sources — Multiple new Cardinals test positive for coronavirus
The St. Louis Cardinals have multiple new positive results for the coronavirus within the organization as a result of Saturday’s testing, sources told ESPN’s Jeff Passan on Sunday.

NBA restart real or not – Our experts’ new look at eight big questions
Who are the new favorites to make the NBA playoffs as the No. 8 seed in each conference? Can anybody get past the Los Angeles Lakers and LA Clippers in the West? Who will be the best rookie in the bubble?

Premarket stocks: Why investors should care about the fate of TikTok – CNN
The post suggests that TikTok could avert the ban that Trump threatened late Friday, when he said he could use emergency economic powers or an executive order to block the app from operating in the United States.

El Paso shooting: Hugs helped victims cope. A sign of affection now could put their lives at risk – CNN
His slow recovery was marked by frustration and dreams of returning to his home in Chihuahua City, Mexico ever since being struck by a bullet from an assault rifle, damaging his stomach, intestines and a renal artery. By late February, doctors gave the laundry appliances repairman the go ahead to make the four hour return trip he and his family prayed for during those long months in a Texas hospital.

Daily Inter Lake
He said he heard banging from an apartment above his. He then heard that there was a dog left in an apartment and the owner wasn’t home. He charged upstairs, ran through the door and saved the dog, a pug named Shadow.

Kim Kardashian and Kanye West ‘are trying to save their relationship with a family getaway’ | Daily Mail Online
And TMZ reports that Kanye and Kim, 39, have taken a planned family vacation with their four children in a bid to salvage their relationship before it’s ‘beyond repair’.