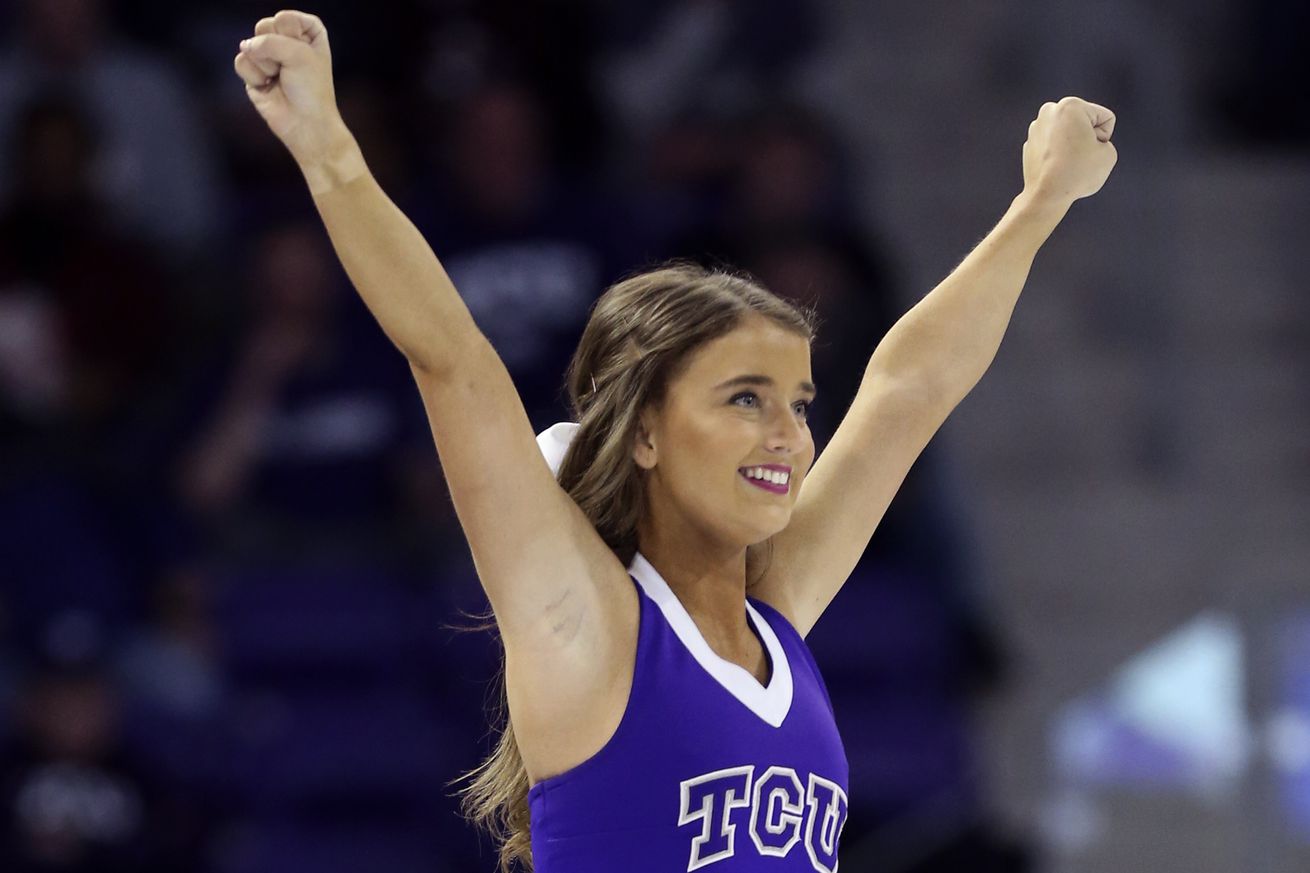 The crew gets together to tell you what’s going to happen in today’s game.

The Kansas Jayhawks travel to Fort Worth today to take on a TCU Horned Frogs team that is in freefall, having lost 4 straight. Can TCU get back on track and resuscitate their at-large chances?

Take a look at what our staff thinks, and then leave your own prediction in the comments below.

dnoll5: I have watched zero seconds of TCU basketball this year, but I am confident in saying that Kansas will win. Let’s say that the final score is KU 77, TCU 59. That sounds about right.

Mike.Plank: As long as we aren’t playing the Topeka YMCA, this one should be over early in the second half at the latest. Kansas 81, TCU 67.

Brendan: TCU is right in the middle of the pack in the conference, which says all you need to know about how weak the Big 12 is this year. Even on the road KU shouldn’t have many issues on Saturday. Kansas 79, TCU 61

Kyle_Davis21: The margin could be decided behind the arch. TCU’s worst defensive quality is defending the 3. Kansas has to take advantage, but it could lead to the game getting out of hand. On offense, 3-point shooting and offensive rebounding are the Horned Frogs best skills. With this being an early start on the road, I could see this being another slow start (like Oklahoma State) before Kansas pulls away. Kansas 76, TCU 64

Fizzle406: We have been playing tcu for what, 7 years now? Ever since that first year I never know what to expect when we are on the road at TCU. I’ll say Kansas wins but it’s too close for comfort. Kansas 67, TCU 62

Andy Mitts: The only consistent 3-point threat for the Horned Frogs is Desmond Bane, and it seems like a combination of Marcus Garrett and Devon Dotson should make it difficult for him to get going. If Kansas can play solid defense, TCU may never get off the ground. Kansas 71, TCU 53.