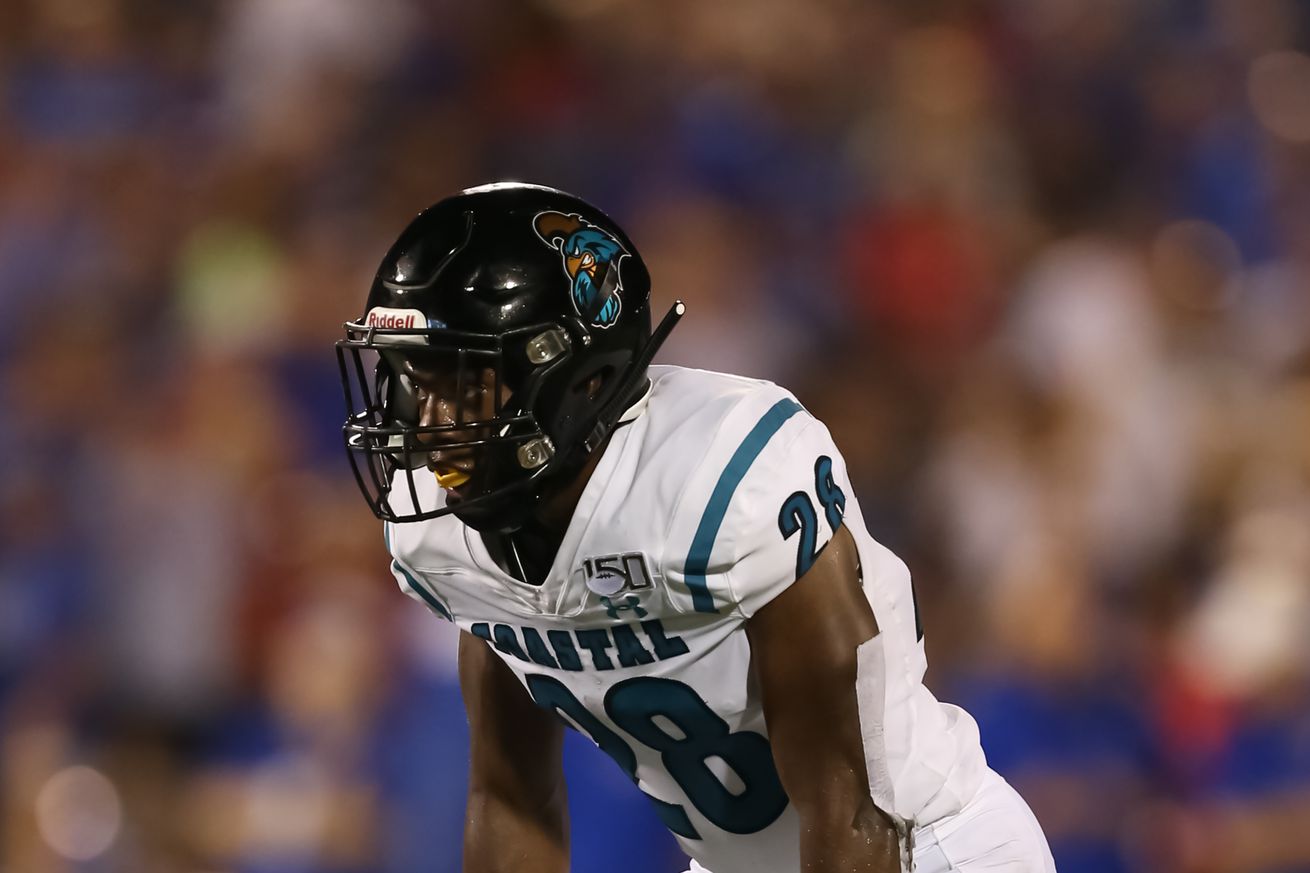 Our crew gets together to tell you what is going to happen in Saturday’s game.

The Kansas Jayhawks open up this strange season with another visit from the Coastal Carolina Chanticleers. Last year wasn’t good, and everyone is hoping for a much different outcome this time around. But with lots of COVID weirdness in the offseason, it’s understandable that many people may not know what to expect from this first game. To help with that, I gathered up the crew so that we could tell you what to expect. Feel free to tell us who is most correct, or leave your own prediction below in the comments.

Mike: I’ll go first. You can read my full prediction on the preview article, but basically, gimme that kool-aid. I’ll take the Jayhawks, and I’ll take them big. I’ll revise my score prediction a bit from last week, but I’m still going big. Kansas 38, Coastal 21.

David: I expect this to look like every other season opener since Mangino got the boot (well, aside from Rhode Island in 2016). That is to say, I expect us to look sloppy and unprepared, and end up in a game that’s way closer than it feels like it should be. We’ve lost a few of those, we’ve eeked out wins in a few of those, and a few times we pulled away late to make it look respectable on the scoreboard. I think this will fall into the “eke out a win” column. Kansas will turn the ball over and keep CC in the game, but ultimately take the lead for good in the 4th quarter. Kansas 28, Coastal Carolina 24

dnoll5: I can’t believe that they’re playing, but at least they won’t be as stupid (for now) as the Kansas City Chiefs and let people into the stadium. What a travesty that was. I honestly know nothing about this team because I’ve been hoping against hope that they wouldn’t play until the spring when the possibility of doing it safely at least exists at least existentially. So because I know nothing, I will predict the dumbest of scores and will continue to do so until the season ends. Kansas 3, Coastal Carolina 2.

Kyle: With Brent Dearmon running the offense (hopefully without any constraints), we should see a better offensive performance than last year’s seven points and 107 passing yards against Coastal Carolina, regardless of which QB gets the nod. I’m interested to see how the defense looks with the losses of guys like Mike Lee, Bryce Torneden, and Azur Kamara. I’m with Mike and David that this game will be played in the upper 20s or 30s. But unlike last year, I’ll say KU wins this matchup. Kansas 34, Coastal Carolina 27

Fizzle406: I think I said in the roundtable KU wins 2 games. I’ll stick with that and predict a win for the good guys. Kansas 42, Coastal Carolina 15

Andy: It’s tough to see how this one is anything other than an offensive affair. Coastal Carolina has quite a bit of talent on the offense, but I don’t expect both of these teams to be quick hitting. There will be a bit of sloppiness to start the game, but ultimately both teams get going with a lot of offense. But the revenge factor and new offensive looks from Brent Dearmon should be enough to give Kansas that push, and a few key stops will allow Kansas to pull away early in the 4th quarter. Kansas 38, Coastal Carolina 20.