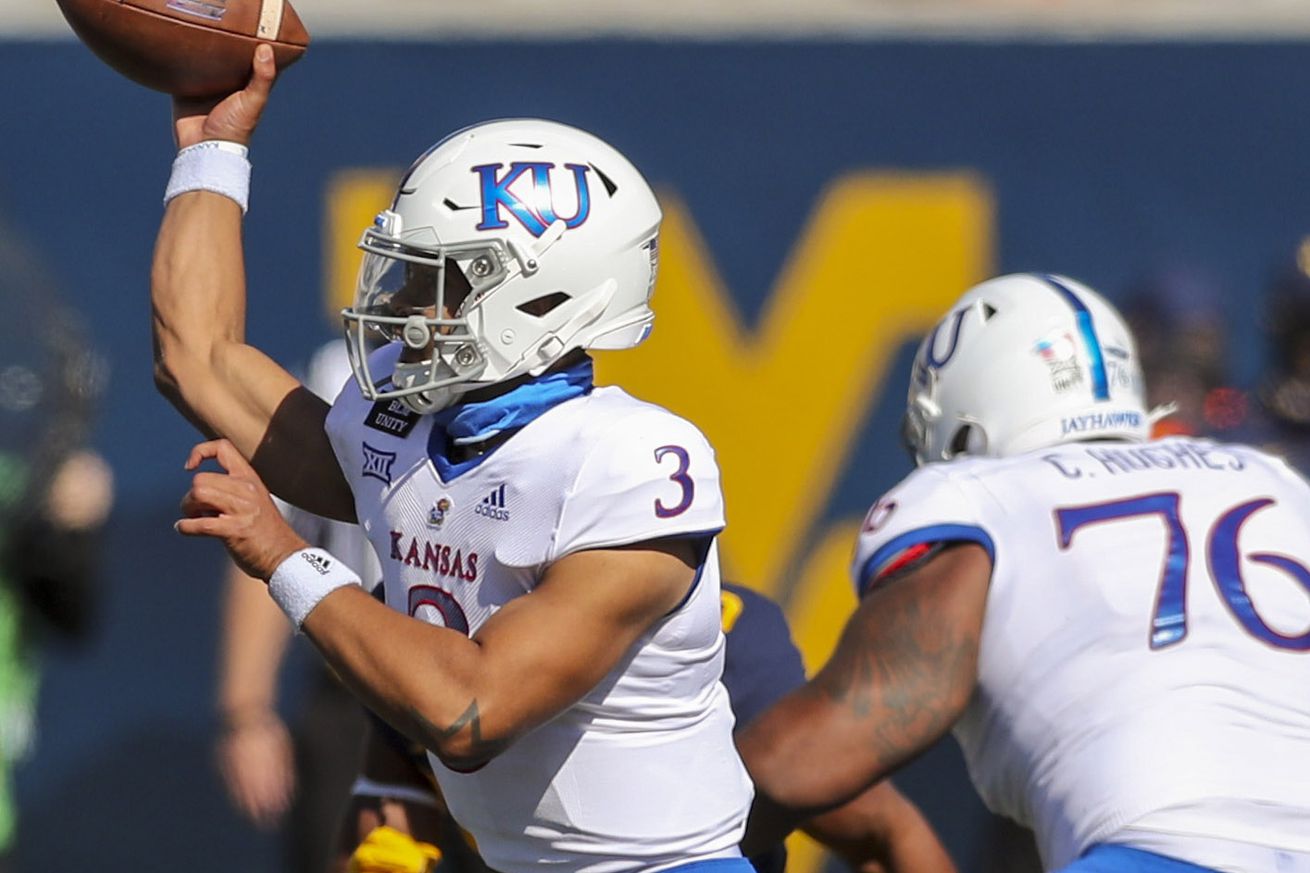 They gave us a little hope in the beginning

It took a little luck, but Kansas actually looked like they had a shot early on. West Virginia got the ball to start the game, but quickly fumbled. KU wasn’t able to fully capitalize, but a 41 yard field goal by Jacob Borcila was good, and the Jayhawks had just their second lead of the season. A quick 3 and out led to a 43 yard touchdown pass from Miles Kendrick to Andrew Parchment, and Kansas looked like they were clicking, up 10-0 early.

Unfortunately, there wasn’t much good to talk about after that. The Kansas team we’ve been accustomed to this year reappeared, allowing 17 unanswered points through the end of the half, going into the locker room down a touchdown. Kendrick, who apparently is somehow the best healthy option on the team at quarterback (which seems like it couldn’t possibly be true, but this is Kansas football after all), went 8-15 for 81 yards with one TD and two picks in the first half. Pooka Williams had just 35 total yards from scrimmage, and then there’s all this:

… and LEADS, 17-10 going into half. All things considered, should be much, much worse for #kufball.

The game did stay close through much of the 3rd quarter. KU started with a 3 and out, but as West Virginia neared the red zone, they threw a pick. Once again KU could do nothing with the ball, but with the assistance of a personal foul against the Mountaineers, forced another punt. After once again doing nothing with the ball, the game started to take the shape most of us felt it would. West Virginia scored back to back touchdowns to make it 31-10 after the first play of the 4th quarter. The Jayhawks put up 6 total yards in the 3rd.

The 4th quarter was largely uneventful, with the game well in hand. West Virginia tacked on another touchdown with 3 minutes left, followed by a Pooka Williams kickoff return for touchdown. The Jayhawks lost 38-17.

West Virginia outgained Kansas 544-157. Despite the early 10-0 lead, the outcome wasn’t in much question through most of the game. Miles Kendrick and the offensive line continue to be huge problems without solutions, and the defense would give up 30 to most Texas high schools. Kansas football, folks.