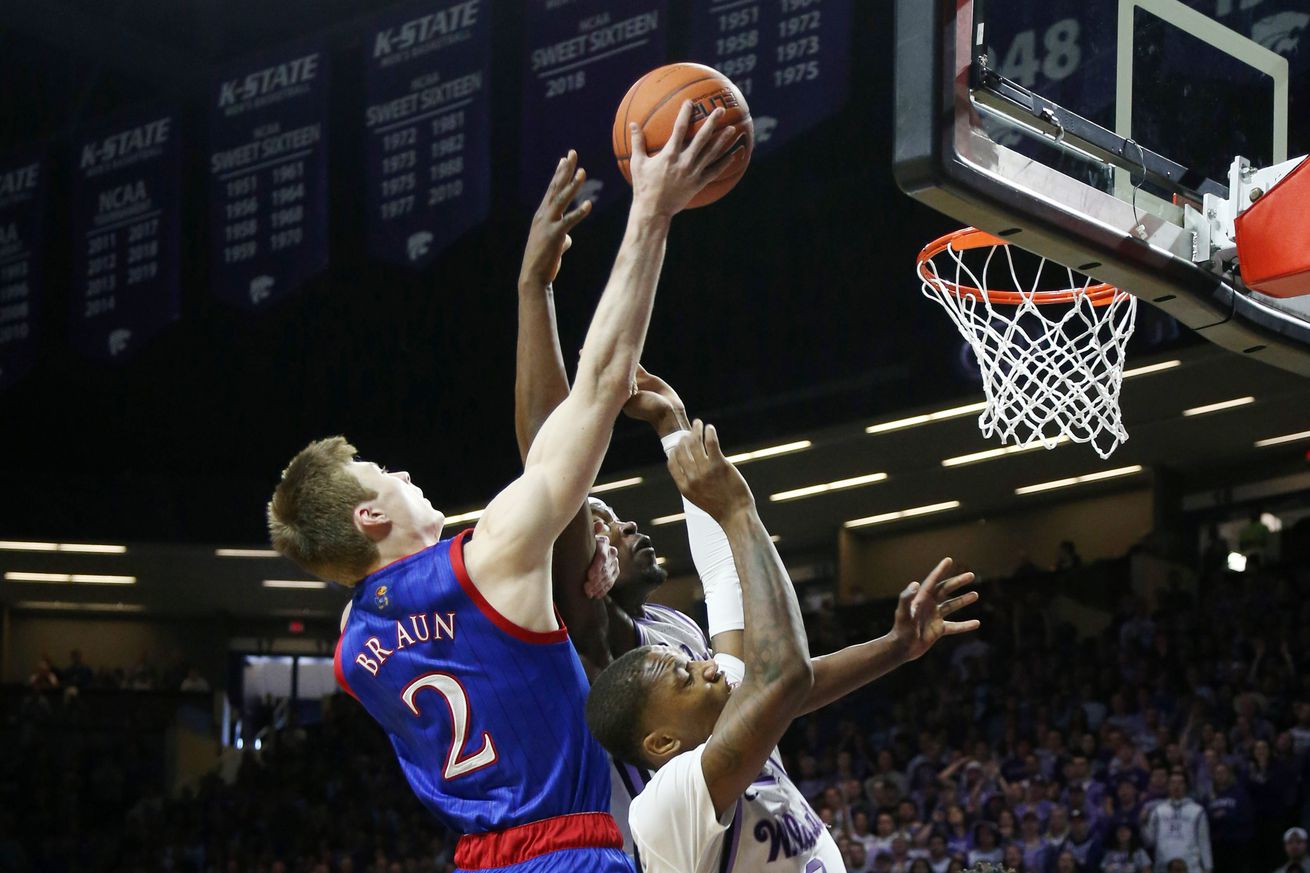 This one did not go according to plan.

On paper, this one didn’t seem like much of a challenge for Kansas, but this one didn’t go according to plan. KU’s dominant defense was offset by a case of hot three point shooting by KSU in the first half, and the Jayhawks headed to the locker room up just one, 35-34. The biggest takeaway from the first half was Udoka Azubuike, and unfortunately, not in a good way. The dominant big man appeared to hurt his ankle, and would barely play in the second half.

Depending on your perspective, either the defenses tightened up in the second half, or the game turned into a carnival of bad shooting. Either way, this one was neck and neck nearly the entire way through. Neither team led by more than a possession until around the five minute mark when the Jayhawks opened up a five point lead. They extended it to 8 after the under-4, and things finally felt more comfortable. Each time KU hit a basket from there, it seemed like KSU drew a foul and hit a pair of free throws on the other end. With 38.6 seconds left, the Jayhawks were whistled for a shot clock violation up 60-54. It was basically the last chance for the Wildcats, and Antoine Gordon delivered with a three, erasing any comfort KU had built up in the previous minutes.

With 26.5 seconds remaining, Christian Braun, and not Ochai Agbaji, passed the ball in to Isaiah Moss, the team’s top free throw shooter. Moss calmly hit both, but K-State was able to get three opportunities from three on the other end. Fortunately, they bricked all three, but unfortunately, there was a loose ball foul called after the last one. Makol Mawein hit both free throws, but stepped over the line trying to follow the second, which negated the point. KU held a 62-58 advantage with just six seconds left. Marcus Garrett got the inbound, but missed both free throws. Fortunately, there wasn’t enough time for K-State to do anything, and the Jayhawks won by four.

Devon Dotson was your player of the game in this one, scoring 25 on an efficient 8-11 shooting. Azubuike had six points and nine boards before having to sit. Next up for Kansas is senior day in Allen Fieldhouse against TCU. Fortunately, Azubuike will get a break, assuming his injury is minor, as the game isn’t until Wednesday night.