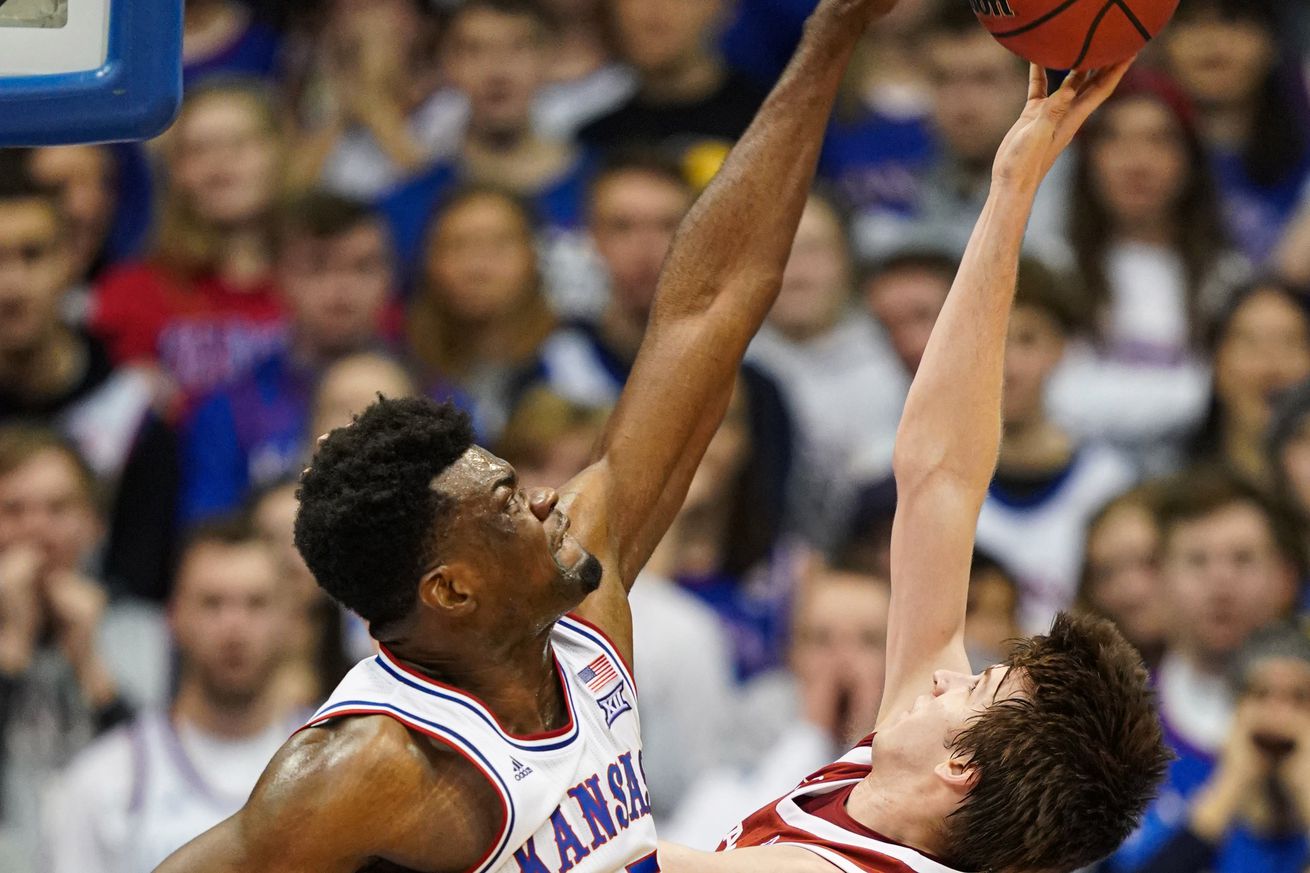 At first, it looked like this might be the game where a team finally just shoots their way around KU’s elite defense and takes down the Jayhawks.

Oklahoma was shredding the nets for the first 15 minutes or so and it was everything Kansas could to keep up. It created a moment built for lockdown defender Marcus Garrett to step up and do something special. In a neck-and-neck game, Garrett got steals on back-to-back possessions that both led to layups on the other end. This sparked a Kansas run that turned a four-point deficit into a nine-point halftime lead, 41-32.

The Jayhawks didn’t cool off in the locker room. They came out firing in the second half, and that includes the normally shooting-challenged Garrett. Garrett was a scorching 6-9 from deep on what ended up being a career day for the junior. Garrett put up a career high 24 points with five boards, seven assists and four steals as KU cruised to an 87-70 victory.

While this was only the second time in Big 12 play that KU has allowed 70 points, it’s noteworthy that the game featured 73 possessions, and the Sooners were still held below their overall offensive efficiency in conference play.

While it was Garrett’s day, Devon Dotson and Udoka Azubuike were still worth mentioning. Dotson scored 19 with eight boards and five assists, while Dok scored 15 with 17(!) rebounds and four blocks.

The Jayhawks play again on Monday night as they host Iowa State at 8pm Jayhawk Time.