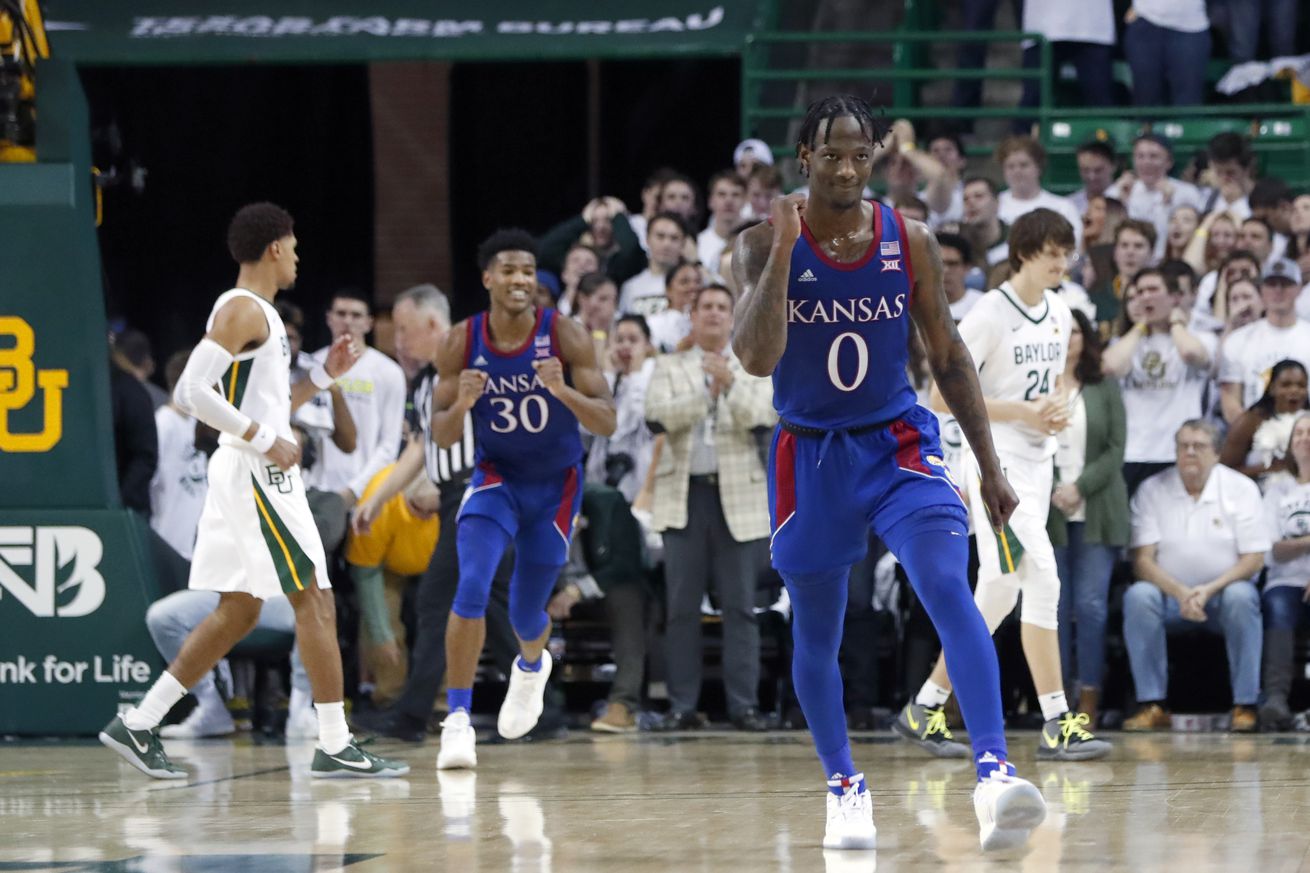 Garrett’s game is reminiscent of another Jayhawk a decade ago

When the Kansas Jayhawks take the court again this fall, they will have a new point guard that’s also a familiar face.

Marcus Garrett’s senior campaign will be his first as a true, first-option point guard, even though he’s already been a floor general on the court in Lawrence. And when that happens, it will look different than what Jayhawk fans have been used to of late.

I wrote earlier this year how Devon Dotson stepped into the shoes of Frank Mason and Devonte’ Graham. He was a dominant scoring point guard who led the team offensively and was a threat no matter where he was on the court.

Garrett is a different mold. He proved effective in getting to the rim last year, and was an underrated passer who led the team in assists. But the fear he instilled in opponents was when he stood between them and the basket on defense. So, yeah, it will look a little different next year. But fans have seen a version of Garrett’s game before in another Jayhawk from a decade earlier.

Garrett might not play like Frank or Devon, but he is reminiscent of Russell Robinson. Let’s start with the stat lines:

Garrett was the better scorer as a junior, and has more offensive upside, though Robinson averaged a career-high 9.3 ppg as a sophomore before hovering around seven ppg his final two years on some stacked teams. Though both have been solid passers who don’t turn it over a ton and make plays defensively.

The even bigger resemblance is in how we talk about their game and value to the teams they played on. Take this written from our own Fetch on this site three years ago during the 50 best players in KU history series:

“How is a guy who averaged fewer than 8 points per game in his career this high up the list? By being maybe the best perimeter defender in KU history. Robinson spent all three of his years as a regular in the top 10 in the Big 12 in defensive win shares, and he had a steal rate above 4 percent all four of his years in Lawrence despite not being a gambler on defense. More than any KU player I have ever seen, Robinson simply took opposing point guards out of the game, stopped them from scoring, and even stopping teams from getting into their offense.

It’s tough to talk about a guy like Robinson using only words. His defense was his calling card, and it is tough to get good advanced defensive stats for college players, and it is much tougher to do so for players who played even a few years ago. That said, Bill Self has called him one of the best perimeter defenders he’s ever coached, and given Self’s knowledge about defense, that carries a lot of weight with me.”

Sound familiar? It’ll be curious to see how Garrett is perceived a decade after he leaves Lawrence. The praise from Bill Self should be just as glowing as his words for Robinson.