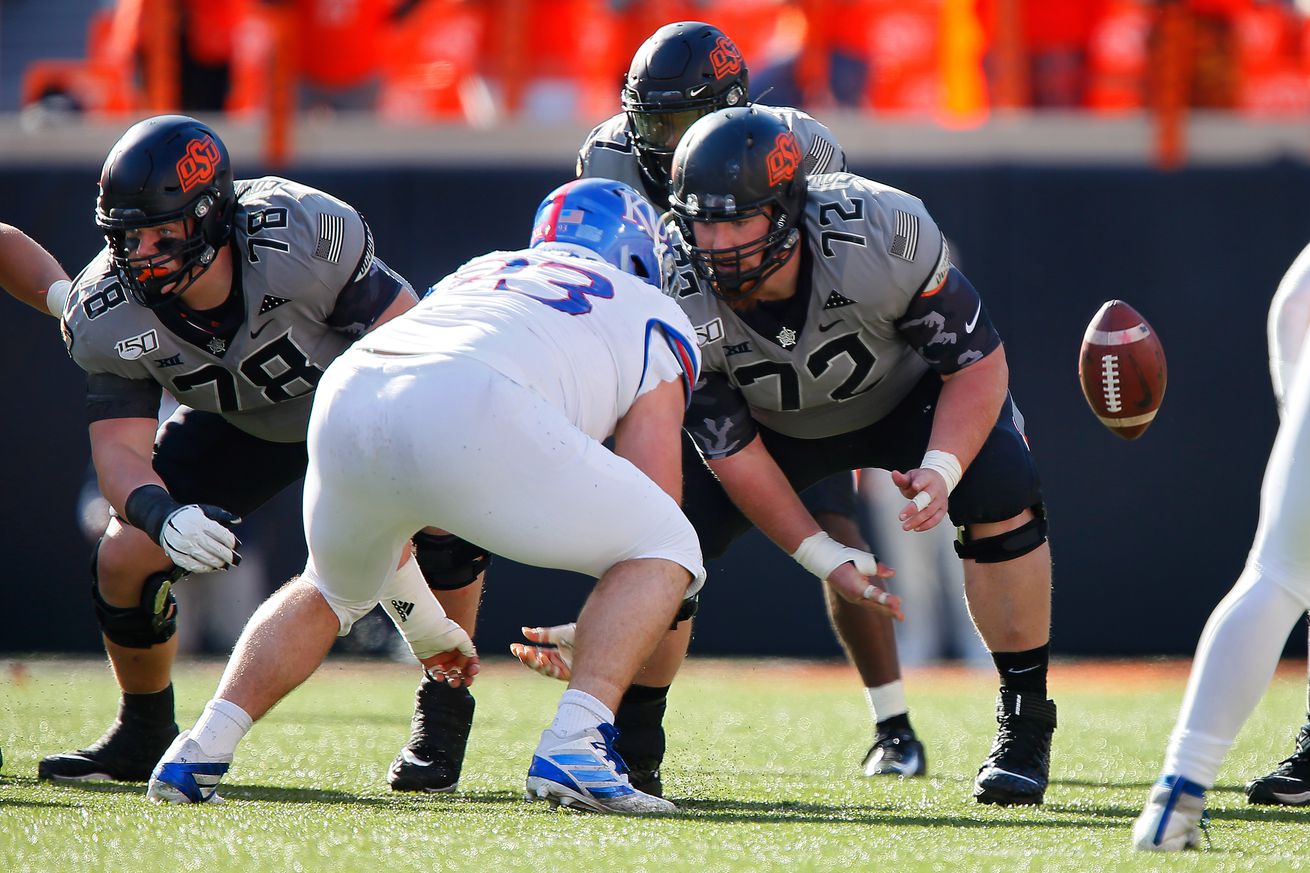 Once again, the Jayhawks will enter the season with a lot of question marks along the defensive front.

Two years ago, Kansas began the season with Daniel Wise and a bunch of question marks. After Wise’s departure to the NFL, last year began as a bunch of question marks again, as Jelani Brown and Darrius Moragne, both seniors last year, began the 2019 season as starters. Obviously they are both gone, and the only returning starter from week 1 last year is DE Sam Burt, who will be a senior this year.

Kansas transitioned to a 3-4 defense last year, and for the first four games, it went well, with KU holding all of those first four opponents under 30 points. However, in the final eight games of 2019, every single opponent put up at least 31 points, and in five of those games, opponents put up over 40 points. So once again, we are forced to ask the question – is turnover on the line a good thing? DE Sam Burt started week 1, but that was the only start of the year for him last year.

Kansas has some well-regarded recruits along the line who will hopefully be able to contribute this year. JR Malcolm Lee and JR Caleb Sampson both had multiple P5 offers coming out of high school, while R-FR DaJon Terry has the size to take up a lot of the space needed for a DT in a 3-4 scheme. Lee and Sampson both got some snaps last year, with Lee registering 18 tackles (1 TFL) and Sampson 12 tackles (2 sacks). Sampson started the final 6 games of the season last year.

Your guess is as good as mine…

Again, there’s a lot of unknown here, but if some of these underclassmen can win the starting spots and stay healthy, that only bodes well for the future.

Kwahn Drake returns for a second year coaching the defensive line under Les Miles in Lawrence. He came from Colorado alongside defensive coordinator DJ Eliot, so at the very least, there’s some familiarity and cohesiveness in the coaching staff for these guys.

I’m no football coach, but if I understand defenses correctly, linemen in a 3-4 scheme aren’t necessarily expected to put pressure on the quarterback. Rather, they need to plug gaps, take up multiple blockers, and let linebackers make plays. The Jayhawks have plenty of size along the line – Reuben Lewis and DaJon Terry both top 300 lbs on KU’s current roster, and most of the DEs are listed at 6’3” or better. Obviously if the line could pressure the quarterback, that would be ideal.

Additionally, it gives me hope that of the 11 men listed as defensive linemen on the roster, only two are seniors. There may be a lot of unknown here, but there’s also a lot of promise and my least favorite word – potential. But until that potential manifests on the field, be sure to have some kool-aid. You may need it.