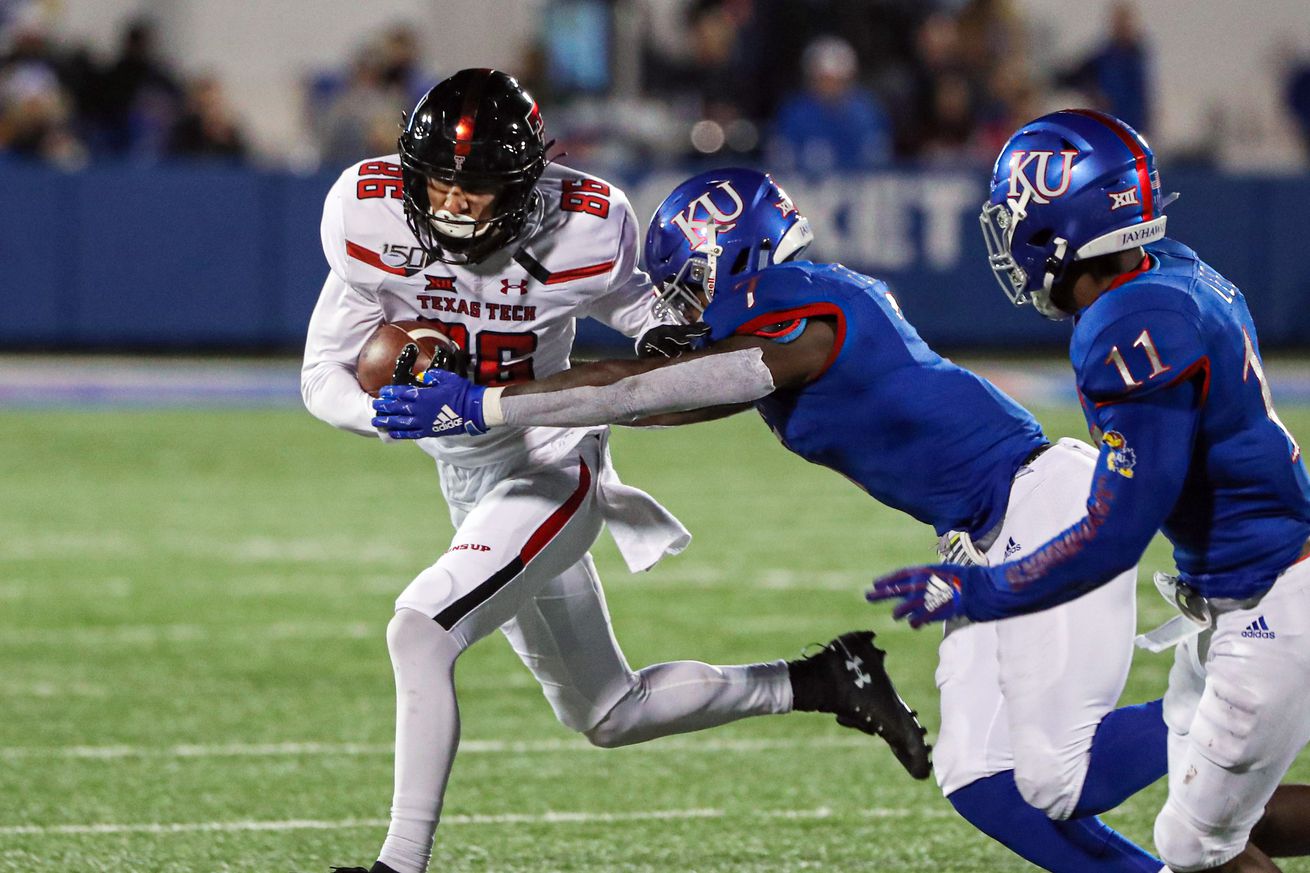 The Jayhawks will have a practically brand-new secondary for 2020.

KU’s new defensive scheme, a base 3-4, will vary depending on the situation to a 3-3-5. In the 3-4 set, KU will have a “Jack” linebacker that can be swapped out for a “Hawk” defensive back when the situation calls for it. So no, your math is not wrong, we are indeed previewing 12 defensive positions!

Last year, the secondary was expected to be one of the bright spots on a Kansas defense that lost most of its front seven. This year, the opposite is true, as the Jayhawks return just one starter in the defensive backfield from Week 1, and I for one do not expect the return of CB Corione Harris, although he is still listed on the 2020-21 roster. (Harris started six straight games for Kansas last year beginning in week 2, but had some injury issues toward the end of the year.)

Let’s take a look at who KU might line up for their (up to) five defensive backs.

Kansas is in the curious position of having several seniors in line for starting positions, but none of them have had what I would consider extensive playing time. For example, Kyle Mayberry started the final five games of 2019. Ricky Thomas saw action in all 12 games, as did Kenny Logan. Those guys will all be seniors this fall.

Meanwhile, sophomore Davon Ferguson was third on the team last year in tackles, and started the final five games of the year. Everyone else on the projected two-deep only played in a handful of games at most.

So although there are plenty of upperclassmen around, you can still say there’s a lack of game experience, and that has to be the primary concern when you’re replacing players like Mike Lee, Hasan Defense, Corione Harris, and Bryce Torneden.

Much as I just discussed, although there’s an overall lack of D1 experience, a lot of these guys are upperclassmen. They won’t (or shouldn’t) be easily intimidated or rattled, and should be a settling, veteran presence on a defense that is getting a major overhaul this year.

I’ve already thrown some names out at you, so let’s see where they might fall on a depth chart. Best guess time…

True freshmen Karon Prunty, JaCobee Bryant, and Alonso Person all had impressive offer sheets with multiple P5 offers, and any of them could make their way onto the depth chart sooner rather than later. JaCobee Bryant was KU’s highest rated recruit in the 2020 class per 247Sports, so definitely keep an eye out for that name. Additionally, Deuce Mayberry was a top-750 overall recruit as well, so it’s not a stretch to say that you may see any or even all of KU’s four freshmen in the rotation at some point this fall, especially with the new redshirting rules that allow you to play in four games.

The defensive backs are coached by Chevis Jackson, while newcomer Jordan Peterson is the safeties coach. Jackson is in his second year in Lawrence, coming to KU from Ball State after serving previously as a graduate assistant under Miles at LSU. He was a three-year starter at CB for LSU under Miles and became a third-round pick in the 2008 NFL Draft.

Jordan Peterson comes to KU from New Mexico, where he spent 2019 as the defensive coordinator. He was also the safeties coach for the Lobos from 2017-19.

I’m not really sure to make of this unit. The Jayhawks have some really exciting, young talent in the four freshmen that we talked about in the 2020 class. They have senior leadership. But they just don’t have much in-game experience.

It’s just a lot of guys we don’t know much about. As the leading returning tackler from last year, JR Davon Ferguson looks to be the headliner of this group, but the rest, I just don’t know.

The entire 2020 season may be a developmental year of sorts, as the scholarship situation from the Beaty era finally begins to level out in 2021. This may be most apparent in this position group. I don’t know that the secondary will be a weakness, but who can tell me that it will be a strength? The way the Big 12 is these days, have some kool-aid, hope for some pressure on the QBs from the front seven, and let’s see what the guys in the back can do.