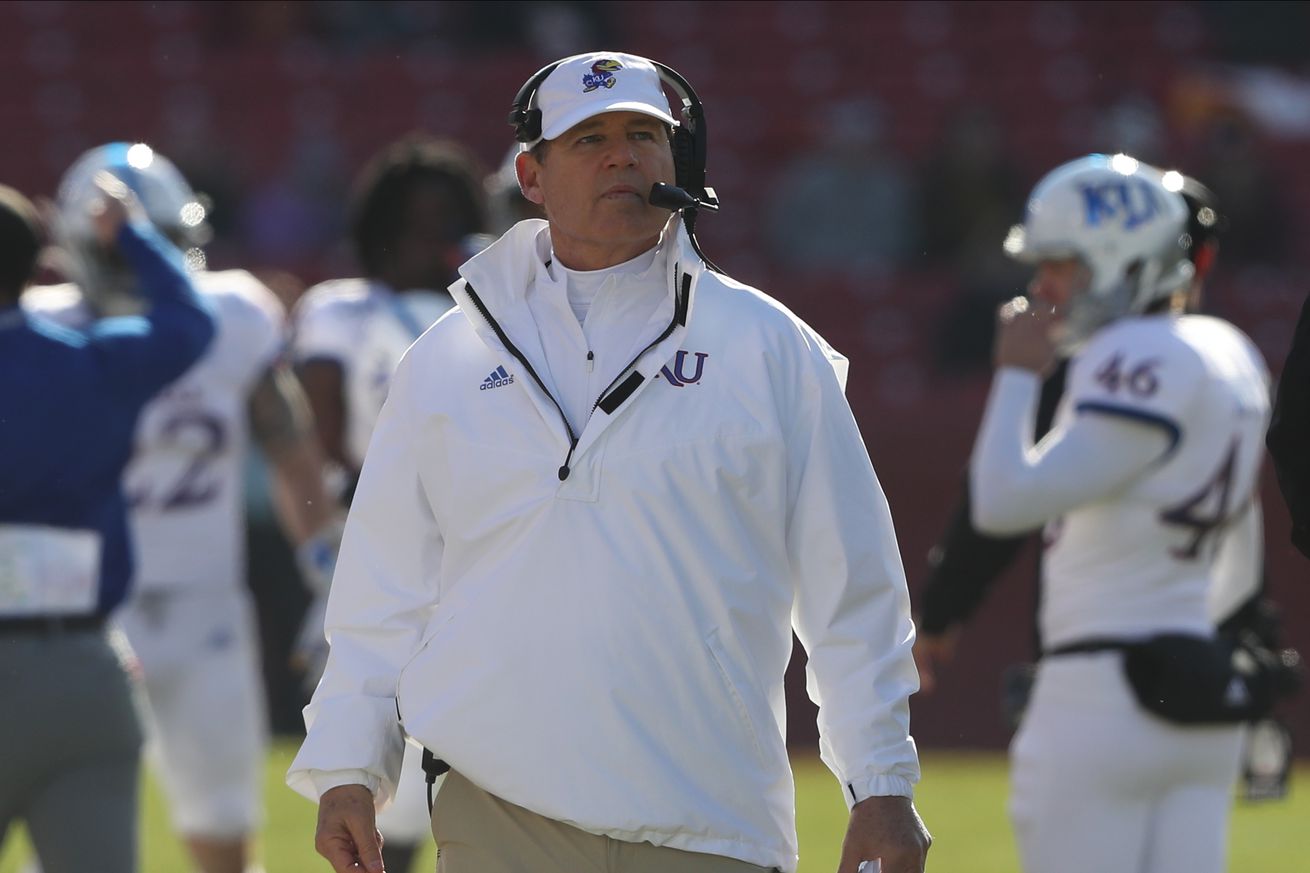 Is Kansas really going to playing a football game a month from now?

As of right now, Kansas is set to host Southern Illinois in their football season opener in less than a month. August 29th. This was announced on July 25th as a replacement for their previously-scheduled game against New Hampshire, who will not be playing this year.

As a result of Kansas moving up its season opener a week, this now means fall camp practices begin today, July 31.

But while Kansas and the Big 12 seem intent on playing a normal football season, what are the chances this actually comes to pass? As other conferences begin to make decisions on how they’ll cull down their schedules and limit travel, the Big 12 seems to be pretending this is a normal season. As of today, here are the planned start dates for each of the Power Five conferences:

The ACC has temporarily added Notre Dame and will be playing 11 game schedules (ten conference games and one in-state non-con. The SEC is going to a conference-only model starting in late September. The Big 10 and Pac-12 are scheduled to announce amended schedules shortly, having already nixed non conference games.

And yet the Big 12 has made no official move to alter the season, which prompted both KU and Oklahoma to announce new FCS opponents to replace those who would no longer be able to play as scheduled.

After a recent spike, the state of Kansas is seeing a decline in reported COVID cases. But as a country, the pandemic is obviously still a major issue. It’s going to be tough to limit exposure for college football teams with upwards of a hundred players, plus full coaching and training staffs. While nationwide numbers appear to be plateauing, the US has done a poor job of controlling the epidemic and pretending we can plow forward with anything close to a normal football season seems like asking for disaster.

At the end of the day, it’s very difficult to see the August 29th game against Southern Illinois taking place. Most college athletic departments operate in the red, and it’s understandable that they’re doing everything they can to get a season in. I honestly hope they can find a way to pull this off. The start of the season is one the things that keeps me going as the dog days of summer start to wear me down.

But what we want can’t replace the right thing to do. In the end, I expect an announcement in the coming days that the Big 12 will follow the trend started by the other P5 conferences that non-con schedules will either be eliminated or substantially shortened. If that happens, it seems unlikely that we’ll be watching Kansas football before Labor Day.