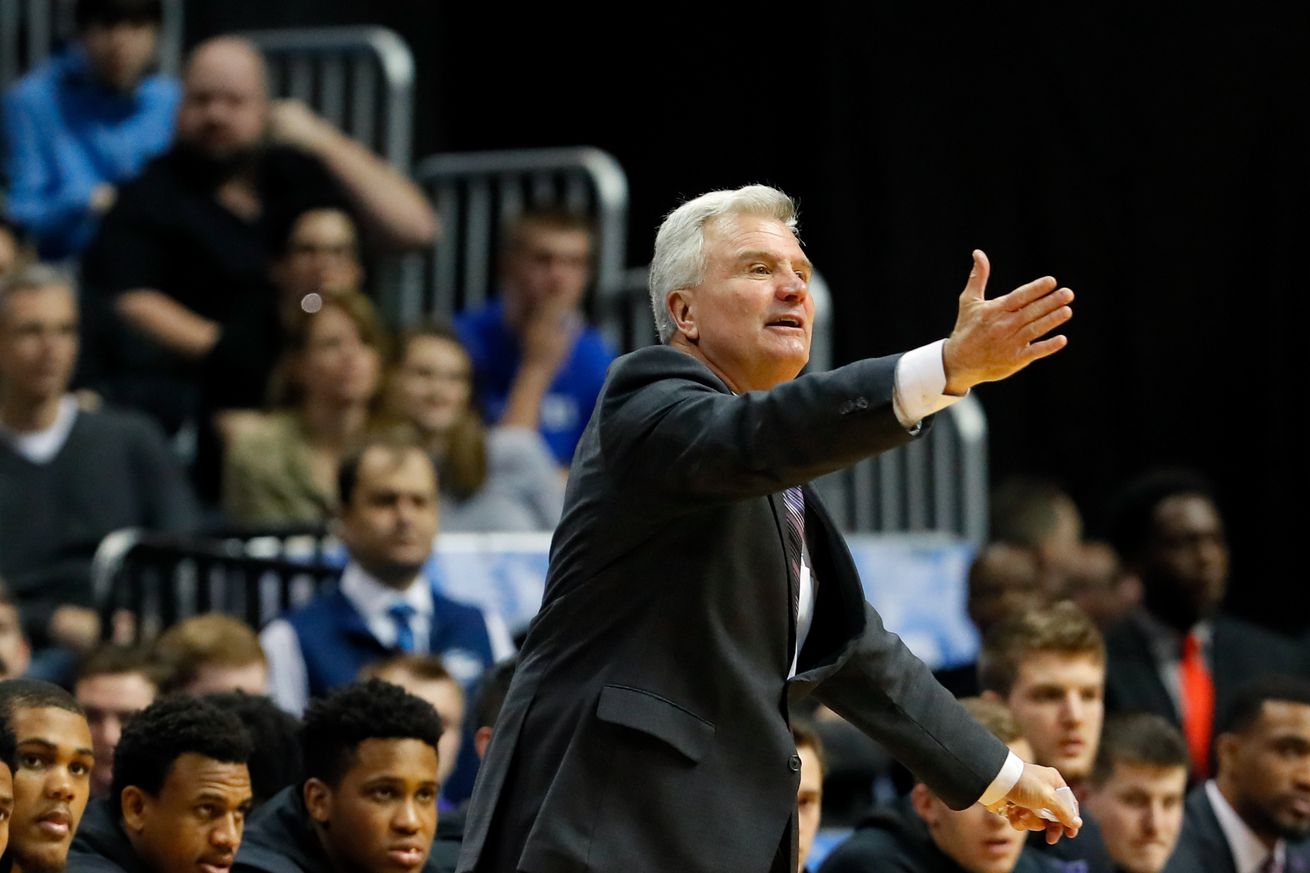 Against Florida in 2012, Coach Weber led the Wildcats to their first win over a Top-10 non-conference opponent since 1961. | Photo by Kevin C. Cox/Getty Images

Sprint Center was good to the ‘Cats in December, not so good in March.

K-State met the No. 8 Florida Gators in Kansas City’s Sprint Center on December 22, 2012, still trying to get used to a new coaching staff and offensive philosophy. The Cats had struggled in earlier Top-25 match-ups, losing to No. 4 Michigan 71-57 and to No. 14 Gonzaga 68-52.

But in the final game before the 2012 Christmas break, KC Metro native Will Spradling scored a team-high 17 points, and K-State got contributions up and down the roster to outpace the Gators.

The game served to ignite the team’s confidence before they would embark on a 14-4 run through the Big 12, good enough to grab a share of the conference title.

Come see how they did it, an join us in the comment section with your witty observations. Tip-off at 7:00 tonight at this link:

For those who want to watch on their own, later: