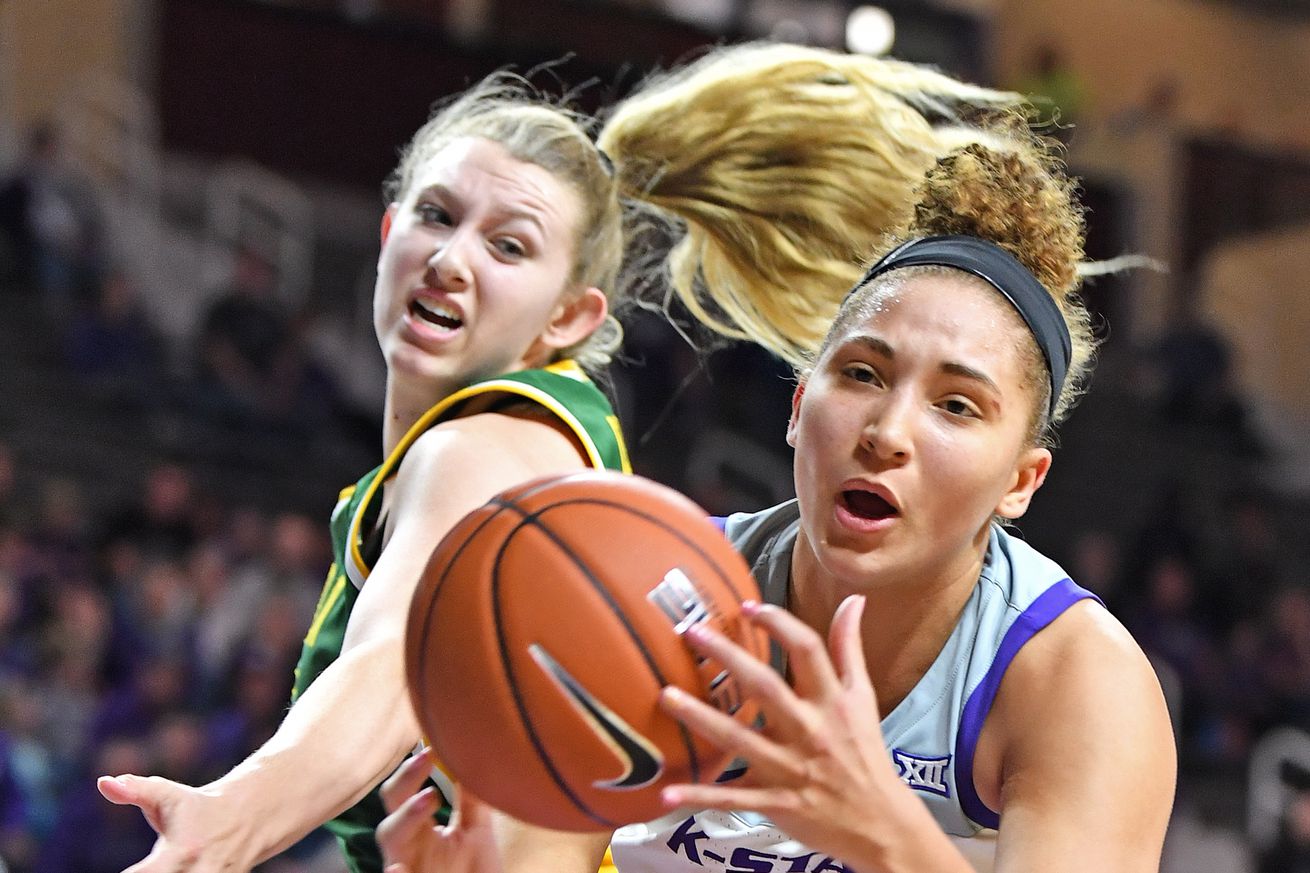 Lee is Freshman of the Year

Kansas State’s Peyton Williams and Ayoka Lee were named to the All-Big 12 Women’s first team, and Angela Harris received honorable mention, the league announced Monday. For reasons we don’t quite comprehend, the conference names ten members to the first team. For equally incomprehensible reasons, despite both Lee and Williams averaging a double-double, neither was a unanimous selection, according to the Big 12 website.

Lee was unanimously chosen for the Big 12 all-Freshmen team, and she was named Freshman of the Year after averaging 15.8 points and 11.7 rebounds, ranking in the top-12 in nine statistical categories and tying for the league lead with 19 double-doubles in league play. She became the first K-State player to win the award since Nicole Ohlde in 2000-2001. Lee also won a league record 12th Big 12 Freshman of the Week award for the final week of league play.

Williams, a senior, made the conference first team for the second consecutive year after averaging 15.6 points and 10.3 rebounds. She is the first K-State player to complete consecutive league seasons averaging a double-double. She ranks as one of the all-time K-State greats, 9th all-time in scoring with 1,553 points, third in rebounding (967), fifth in blocks (119) tenth in field goals (585) and third in free throws made (333). It is truly a shame that Peyton and Ayoka will not be able to play together for another season.

Graduate-transfer Angela Harris quietly assembled a solid season in the shadow of her two teammates, averaging 13.1 points, 4.4 assists and 1.89 steals in league games. She ranked fifth in the league in both assists and steals.

At the Juli Inkster invitational, Reid Isaac and Niamh McSherry both sit just outside the top-10 at 3-over 147 through two rounds. The team is 9th of 13 squads at the event.

The men’s team, meanwhile, lead only Wisconsin at the 15-team General Hackler Championship in Myrtle Beach, South Carolina. Seven of the 15 teams at the event are ranked in the top-50.

Coach Pete Hughes’ baseball bunch, fresh off K-State’s first-ever road series win over a Pac-12 program, returns to Tointon Family Stadium tonight to begin a two-game series against the University of South Dakota Jackrabbits. K-State has won six of its past seven games and holds a 9-6 overall record.