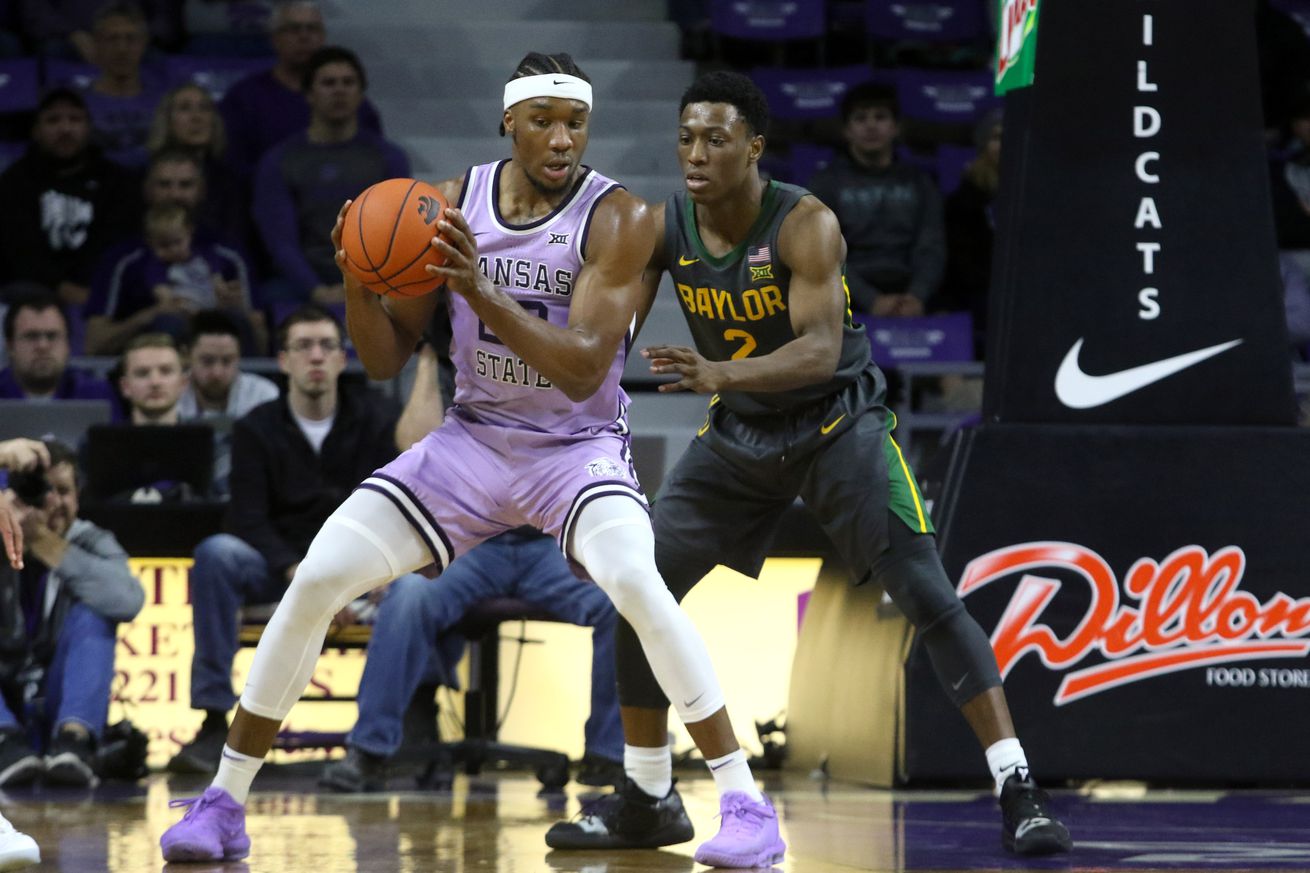 X had a career night, but it wasn’t quite enough. | Scott Sewell-USA TODAY Sports

Plus baseball and football #content, and women’s basketball in action on Wednesday

The #1 Baylor Bears visited Manhattan last night, and left remaining undefeated in conference play as your Wildcats were unable to pull the upset, losing 73-67.

Here are your other recaps from around the K-State beat:

During the game broadcast, analyst Fran Fraschilla had some poignant words of criticism for junior guard Cartier Diarra (Fran is not wrong); Ryan Black also got thoughts from Bruce Weber on the situation.

The MittieCats are back in action Wednesday night as they will host the Red Raiders as part of a two-game homestand. K-State and Texas Tech have already played this season, with the Wildcats picking up a 76-72 victory in Lubbock back on January 11th. The game is set for a 6:30pm CST start time, and can be seen on Big 12 Now on ESPN+.

K-State baseball hosted it’s annual pre-season media day on Monday, but this media day had something very special included: a tour of the brand new facilities for the BatCats. The Wildcats season begins in just under two weeks, with opening day set for February 14th when the Cats will be in southern Texas to face UTRGV for a four game series.

The NFL season may be over, but the return of the XFL is this weekend. One former Wildcat is looking forward to the showcase in the professional ranks, as Ryan Mueller was drafted by the New York Guardians and is ready to get back in to the game. He’s also not alone up in New York, as he’s joined on the Guardians roster by Matthew McCrane who was selected in the supplemental draft in November.

National Signing Day for college football is tomorrow, so be looking around here later today for a primer on the Wildcats efforts in the 2020 class. Hint: it’s been really good.

It wasn’t perfect, but the Wildcats women’s golf team rode a strong showing to a fourth-place finish in their spring opener that concluded on Monday. Junior Reid Isaac finished her final round with a birdie on 18 to claim sole possession of 4th place on the individual leaderboard.

In the comments last week, Jon asked for suggestions on things to do/see/eat in Manhattan for a friend. Well today, that friend posted some details of his trip to the Little Apple on Twitter, and he was certainly impressed with both Manhattan and K-State. Good work everyone!

Most of my tweets today will be about my weekend visit to the loveliest village on the plains, Manhattan Kansas. pic.twitter.com/iRQIHg9AXV