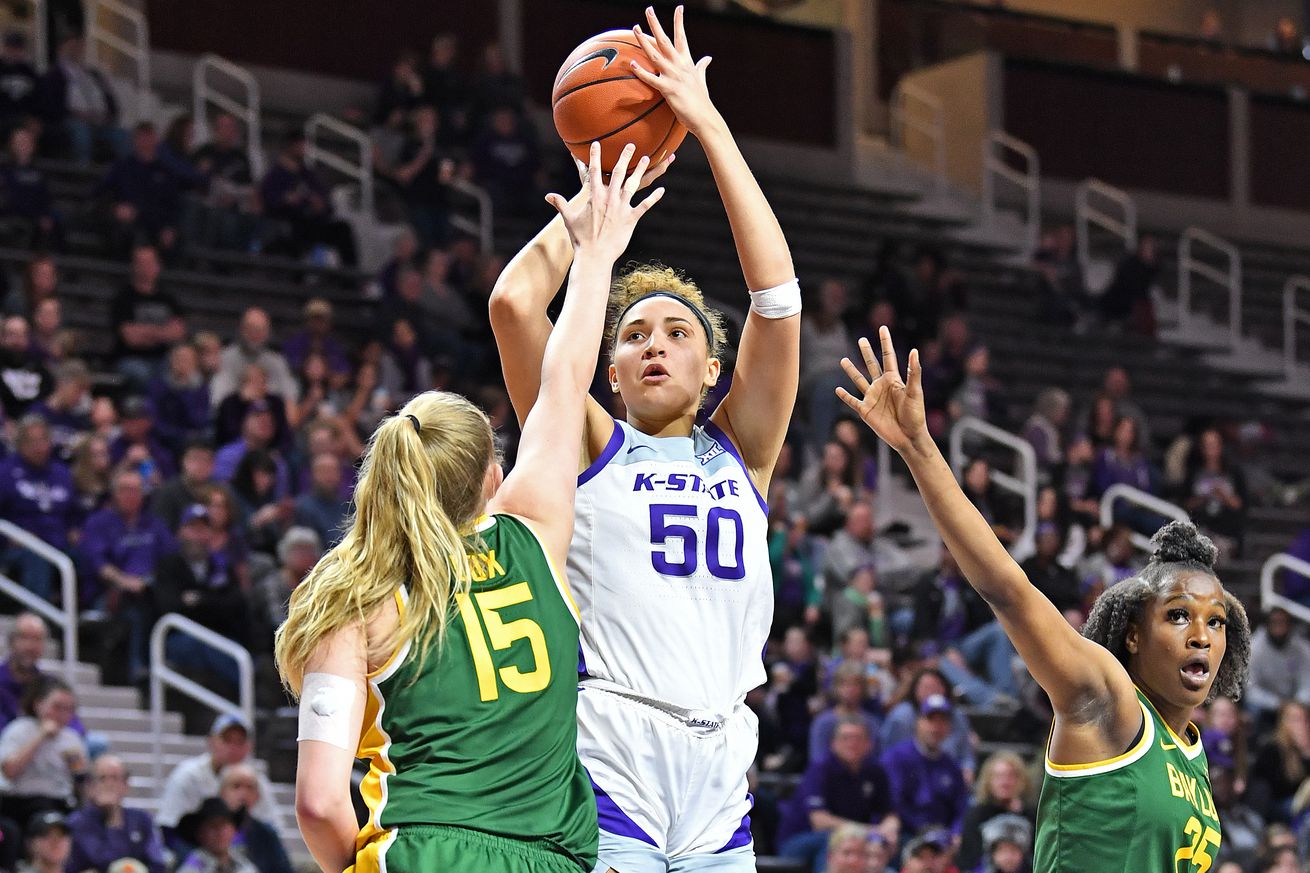 You set records, you get front billing. Thems the rules. | Photo by Peter G. Aiken/Getty Images

The men’s game happened too, but…yeah.

Last night the Kansas State Wildcats picked up a big victory. No, not the men who were busy falling to last place in the league with a bad game against the now-second-worst team in the conference (special props to Drew for recapping that garbage). The Wildcat women were on the road in Morgantown last night, and used a 24-5 run in the fourth quarter to erase an 18-point deficit an pick up a 56-55 victory. There were several major achievements during the game, so we’ll bullet-point them for you to keep things clean and easy:

The men’s game was so terrible that recaps from around the K-State beat don’t even show up in the news feed, so I’m not going to bother to dig them up. But if you really need another one, you can read K-State’s official propaganda recap.

Today’s Sports Extra, written by departing staff writer Corbin McGuire, features track and field student-athlete Oscar Smith, a native of the Bahamas who signed with K-State before he ever visited the Little Apple. Talk about a leap of faith; but it seems to have worked out well for everyone involved.