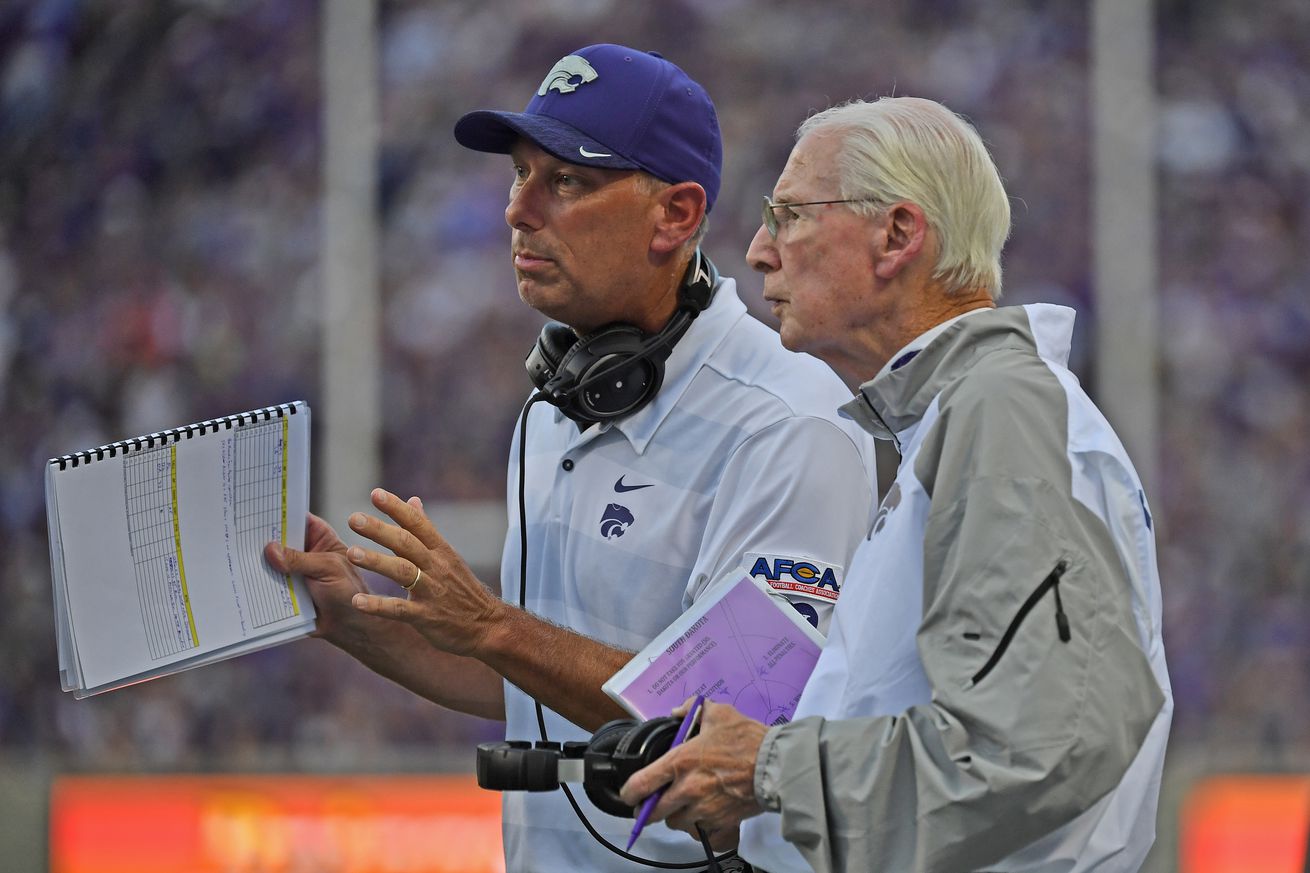 Plus your weekend preview

Yesterday afternoon, Ryan Black broke big news at the Mercury: via multiple sources, Sean Snyder is reportedly moving on to USC to take over as their special teams coordinator, and Ryan Kartje of the Los Angeles Times appears to confirm via different sources.

Snyder is joining a blue-blood program with a desperate need for his services; last season, the Trojans were dead last in FBS in kickoff return coverage. USC, of course, is where his more-famous father did his graduate assistant term way back in 1966. After apparently being bypassed by Texas and Nebraska for similar positions recently, it looks like Snyder has landed a gig which might be even better.

Kansas State is losing another staffer today, too; it’s Corbin McGuire’s last day in K-State’s sports communications department as he moves on to an executive director job with the NCAA. Corbin’s done a fantastic job providing us with an inside look at what’s going on with K-State athletics — and K-State’s athletes — over the last almost-four years.

Best of luck to you, too, Corbin.

Man, now we’re depressed. Let’s see what else is going on.

K-State’s new signings are the talk of the day, it seems. Kellis Robinett discusses how Will Howard ended up in Manhattan at the Eagle, while McGuire’s penultimate Sports Extra discusses the benefits all this year’s early enrollees are getting from the experience.

Two games on tap tomorrow: the men visit Iowa State in the evening, while the ladies host #1-ranked Baylor in the afternoon.

K-State hits the road, heading to Tucson for a pair of weekend matches. The Wildcats (3-2) will take on North Texas (5-0) tomorrow, followed by a tilt with the other Wildcats from Arizona (1-2) on Sunday.