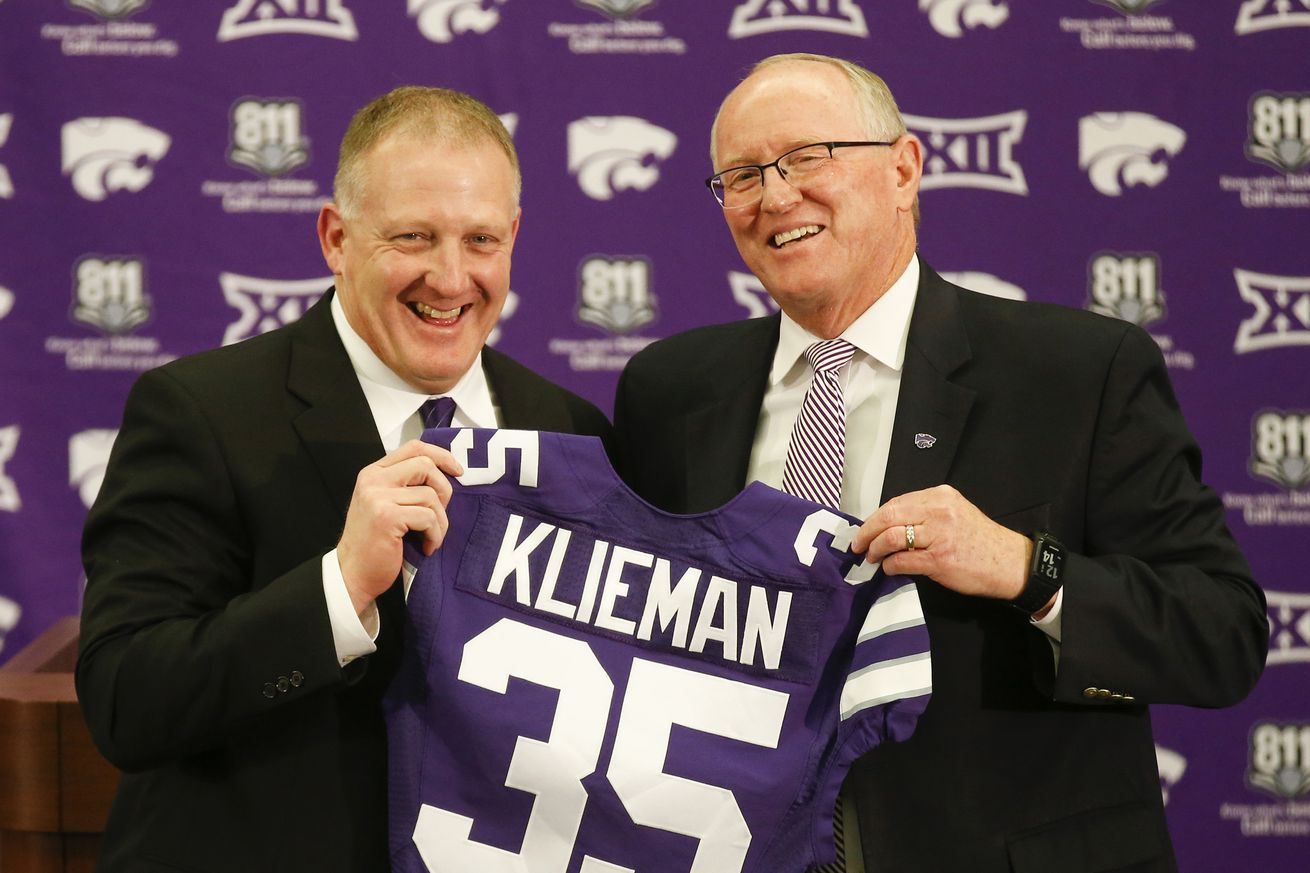 Plus Okie Light is this week’s target for “opponents we don’t hate”.

Four days of The Slate in a row? Well, things may not be back to normal, but there’s at least been something new to talk about every day this week, so that helps.

The big story from yesterday, Kansas State Athletics has announced that to help lessen the budget impacts from the disruptions caused by the coronovirus pandemic, Chris Klieman and Bruce Weber will be taking 13% salary reductions for the 2020-21 fiscal year, and other department staffers with big salaries will also be taking cuts for the next fiscal year. The reductions are expected to save Athletics approximately $1.5 million for the next fiscal year. With the 10% cut to overall operating expenses. the AD is on target to save approximately $3 million next year, before any other cuts may become necessary (let’s hope they don’t, because more cuts would mean we’ve lost football for the fall).

It’s important to note that the reductions for Weber and Klieman (and any other contracted employee) had to be “agreed to” by the individual coach, since their contract guarantees their salary. It’s possible that these reductions may be made up later on in their contracts, or as part of a later “bonus” payment, but no details of the agreement other than the cut itself have been released.

Staying within the department as a whole, compliance staffer Daren Koudele received a promotion to Senior Associate Athletics Director for Compliance after spending the last 8 years as an Associate AD for Compliance (essentially the “second in command” of the compliance office). He replaces Lindsey Babcock, who left earlier this year to join previous K-State AD John Currie at Wake Forest (no word on if she took the notorious 2011 “dumpster diver” with her).

Bruce Weber is still teaching during this break from action, this time taking part in a virtual coaches clinic as part of the NABC Championship Webinar Series where he spent 90 minutes talking about “man-to-man offense”. I’m no basketball nerd, but have been told by trustworthy sources that this webinar is a basketball nerds dream.

Later today: Be sure and check back at BotC around the two o’clock hour (GOTZ) as Jon drops the list of Oklahoma State Cowboys that the staff doesn’t hate (this was definitely a harder list to nail down than their Sooner State counterparts).