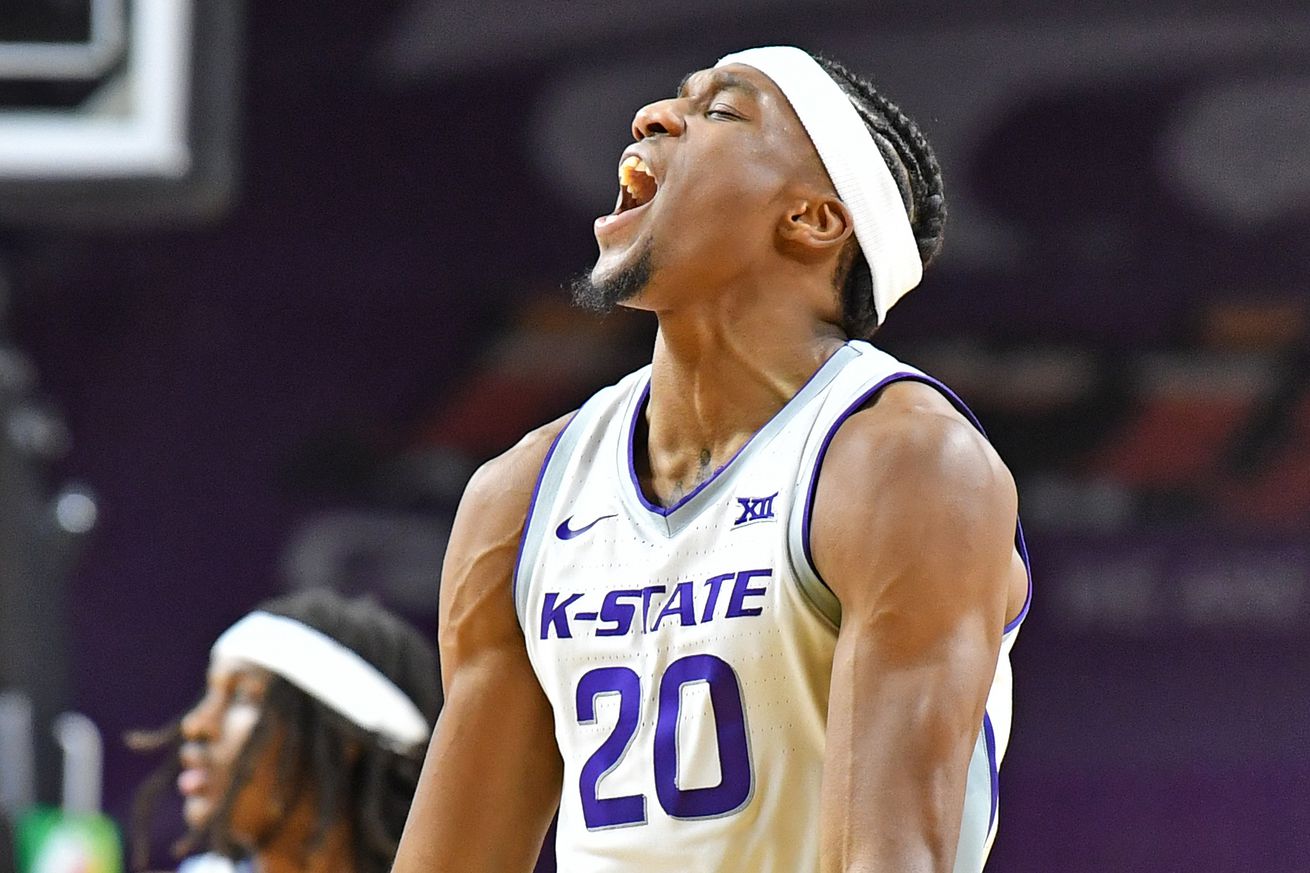 Never got to really say “bye”, with the abrupt end to the college basketball season. So, X…Mak…Pierson…

…thank you. Thanks for being a part of the K-State program. Thanks for picking our family over others. Thanks for being our source of admiration when things were going well, and our punching-dummies when they weren’t. We wish things could have been different this season – we just wanted so much more for you guys. But given things as they were…going out on a win on Senior Night and a win in the Big 12 tourney was…well, I’m glad it ended that way.

As we continue our series of “Meet Your BOTC Staffers”, yours truly is hopping in this morning to take a stab at the daily Slate. First attempt ever, so bear with me!

First things first – keep your eyes peeled right here at BOTC. We’re hosting another little watch party and game thread, this time of the 2012 football tilt against Texas (attn: SPOILERS). Should be starting off around 1PM, so check back for details.

Well, some weird **** is happening, and I don’t mean virus propagation. One of the biggest stories is Tom Brady becoming a Buccaneer. I don’t know that I’m a fan of older players jumping around just to hang on a bit longer. I get it, but there’s a certain romanticism in starting, starring, then retiring with the same team. And with Brady, I don’t get it. He doesn’t need anything, and he’s not winning rings in Tampa Bay. As much as it might hurt, Tom — just hang up the cleats. In related news, fellow divisional parent hick quarterback Philip Rivers is also on the move, to Indianapolis. Seriously…just retire.

One more NFL note: The NFL Draft will continue on, but held completely within studio. I’m sorry if your hearts were set on live-watching NY Giants fans booing their first round selection.

On a tennis note (you’re welcome, wildcat00), the French Open has rescheduled…right on top of Roger Federer’s Laver Cup matches in Boston. Things are getting a little spicy. Get used to more of this, though, as these types of sports (tennis, golf, etc.) start pushing around their schedules in an attempt to deal with the pandemic. My family had purchased tickets to the Laver Cup round already, so it will be interesting (read: likely disappointing) to see how this plays out.

We do have a little bit of K-State media – KSNT posted an article in their “All In” series on dual-sport standout Peyton Williams. It’s not a lot, but it’s something.

About me personally – grew up in little ol’ Alma, Kansas. Lifelong K-State fan. Graduated from K-State in 2003 (Architectural Engineering, Economics) and moved to the Vail Valley in Colorado to snowboard 60 days a year while pursue my career in building systems engineering. Ski days have waned, and career passions took hold; I’m now a principal owner at the company I’ve worked for since I graduated. If I can brag a minute – I have been leading the charge over the past couple years to transition all of our technology and platforms to better facilitate remote/flexible workspaces; as of tomorrow, our company is going 100% WFH, and am proud to say we were perfectly positioned to handle it. Anyways, I now reside in Fort Collins – craft beer mecca – and have no plans of moving. Wife, mutt, no kids. I’m taking a little time every other weekend to chip away at finishing our basement; just installed new downlights and a couple of extra circuits for home theater outlets. Next will be starting framing of exterior walls.

I’m a full-on sneakerhead. I’m normally picking up a new pair of kicks every 3 or 4 weeks on average. Total count is somewhere north of 100 pairs of J’s, Nike basketball shoes, or Nike running shoes. And I’ve built racks upon racks in my closet to handle all of them.

You all know me as a resident basketball contributor, but truth be told, I’m way more into solo sports. On any given afternoon, you’ll find me on a golf course, or more frequently, on a bicycle. Since moving to Colorado, I found the passion of self-powered two-wheeled machines; there’s an endurance athletic aspect, coupled with the tinkering/machinery outlet of working/tuning bikes that an engineer would gravitate towards.

I’ve been racing cross-country (XCO) style mountain bike events for 15 years now, including trips all over the mountain west and participating in three USAC national championships. I suppose to my wife’s chagrin, I have outfit my home with a full-on bike shop and indoor cycling studio. If you’re a cyclist and want to connect, you can find me on Strava.

Growing up in Kansas, I was an avid hunter and fisher at the time. When I moved out to Colorado, they both went by the wayside for a time. While hunting has never really come back to front of mind, I have got back into bass fishing since moving to Fort Collins. I found a couple of city ponds that have some fish (as good as you can expect for northern Colorado), so I’ll hit those up once a week while the weather is warm. I actually had a trip to Lake Fork in Texas planned with my dad (retirement/Christmas gift) for the end of March, until this damned virus upended those plans.

Finally, when the weather sucks or I need a recovery day, I’ll spend time playing video games or working on PCs, home theater, and home automation. Specifically on the video game front, I’ve always been a huge fan of the Final Fantasy and Fallout franchises. The problem-solving aspects of RPG games, combined with the richer story-based aspects, makes this much more fun for me than simply reading. I just wrapped up an Order of Ambrosia run (100% everything) in Final Fantasy XII: The Zodiac Age – highly recommended, BTW – and am jumping back into Fallout 4 for the umpteenth time. I also spend some time on Gran Turismo Sport, and am considering getting a PS Plus account to race online. On the PC, I’m more inclined to play hack-and-slash ARPGs – my two favorites are Diablo III and Path of Exile. Currently putting time into the new Diablo III season, and when I’m bored with that, I’ll swap over to PoE. I also dabble in city sims – both SimCity series games as well as Cities: Skylines. The planning and economic aspects of these games scratches a certain itch. If I find myself so lucky to have “spare time”, I’ve been intrigued by learning ‘randomizers’ – game hacks where all of the treasures/items/etc are random throughout the game. ‘Random’ locations are verified by the hack authors to ensure you can’t get locked out of progression in the game, but may require an expert level skill and knowledge to completely eschew the ‘normal’ game path to finish. Final Fantasy I is the most likely since I’m extremely familiar with the game, but Zelda: ALTTP randomizer looks so cool. If you want to connect on PS4 (tha_koozinator…don’t ask) for some GT Sport or Borderlands every now and then, or on the PC for Diablo III (ThaBigE#1928) or PoE, give me a shout below.

Anyways, that’s me. Remember to wash your damned hands, stay the **** home if you don’t need to go out, and stay safe. A good piece of advice I’ve heard about how to handle activities and distancing: Don’t act like you don’t want to catch it, act like you have it and don’t want to give it to anyone.

Now back to your regularly scheduled programming.