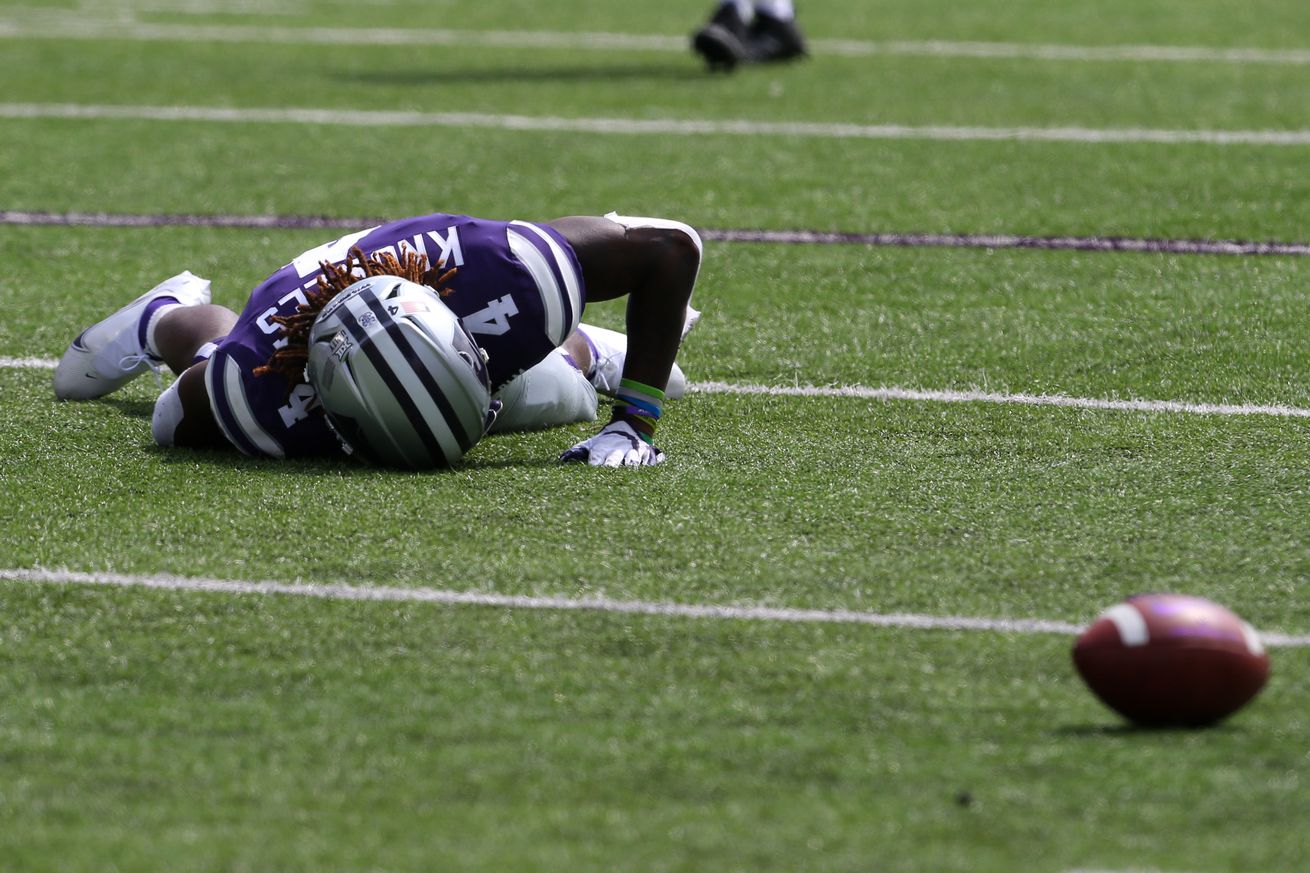 Isn’t that one of the sixteen guiding principles?

Short slate. Not a lot we want to commemorate from game one, anyway.

Coach Klieman stressed that K-State has no excuses for its disappointing performance against Arkansas State. He says he was most disappointed in the Wildcats’ inability to establish a running game. Expect a few of the two dozen-plus players who watched in sweats Saturday to suit up for the Oklahoma game next week. Would Khalid Duke, Joshua Youngblood and others have made a difference against the Red Wolves? (That would be excuse-making. Right?)

Ryan Black weighed in with his thoughts on the season-opening loss, beginning by trying to assign perspective to the outcome. (Mercury, subscription)

The athletic department posted its first weekly recap of Wildcats in the NFL, including an 8-catch day for Tyler Lockett (with video!) and a seemingly repeated refrain of contributions on special teams. Seems about right.

Austin Siegel visited with freshman Nigel Pack, the Indiana point guard who might have been the key signing that keyed recruitment of a promising class. Pack was sold on the culture of K-State and the basketball program, calling it a “second home,” and he predicts that the Wildcats will shock some people with their performance this season.

Love the optimism. Especially this week.