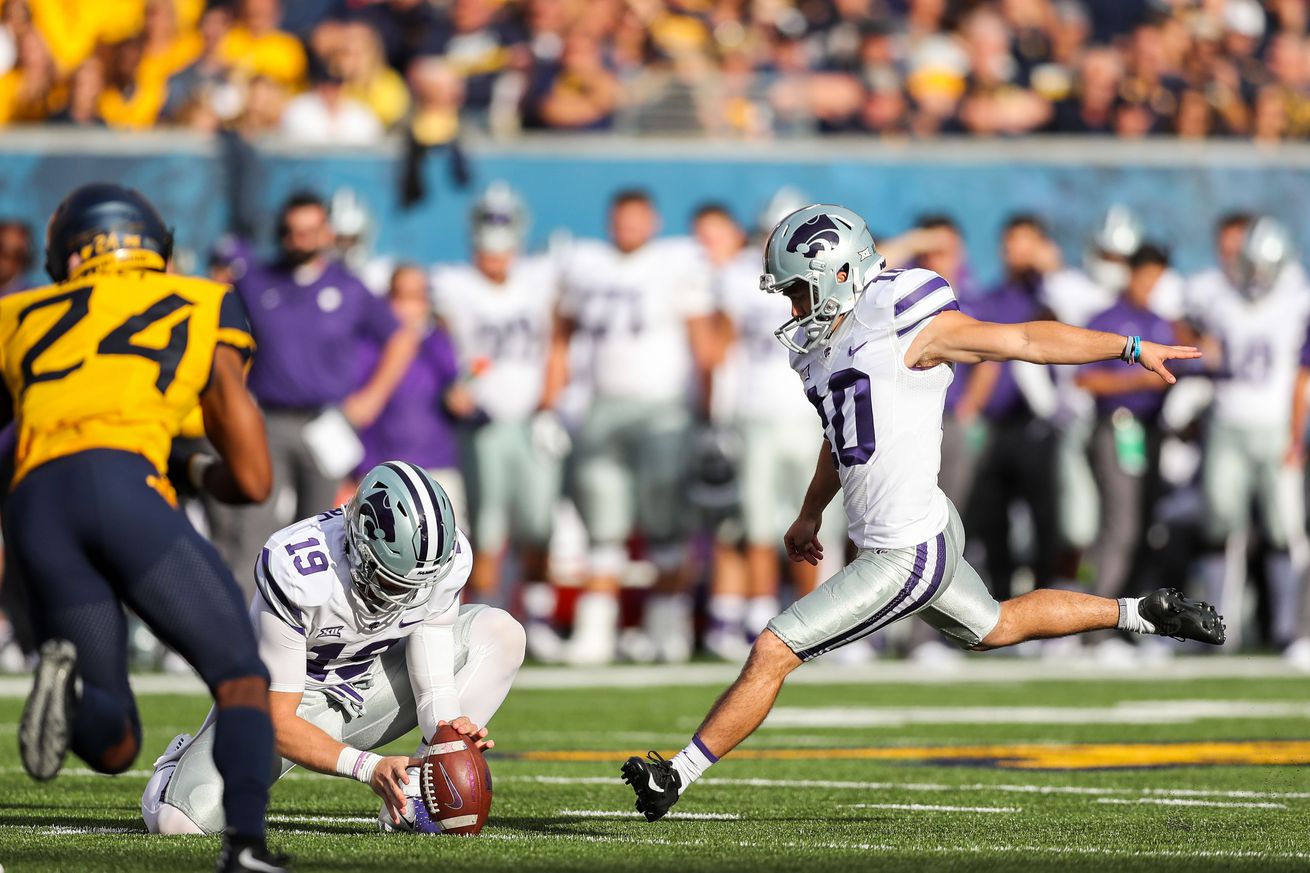 We’re still pretending there will be a college football season in 2020. In keeping with that, BracketCat’s roster countdown reminds us we’re only 43—punter Jack Blumer—days from the originally planned kickoff for Kansas State’s 2020 campaign. Meanwhile, Coach833’s jersey countdown reminds us that Darren Sproles is the greatest player to ever wear #43 for the Wildcats.

— Kicker Blake Lynch is one of 30 players named to the Lou Groza Award watch list. He is the first Kansas State kicker since Jaime Rheem to make the preseason list in consecutive years.

— Fullback Nick Lenners made the preseason All Big 12 squad, and hopes to duplicate his 2019 efforts which saw him return from injury to all-conference form.

— Quarterback Skylar Thompson has been named to the Maxwell Award watch list. Earlier this week, he was also named to the preseason watch list for the Wuerffel Trophy, an award that recognizes players for their work in the community.

— Peyton Williams has been nominated by the athletic department for 2020 NCAA Woman of the Year. She is the first athlete in Big 12 history to earn all-conference honors in both basketball and volleyball.

In some sad news for the Kansas State community, Pat Hartman passed away on Wednesday at the age of 94. She was the wife of the late Jack Hartman, and a fixture at K-State sporting events and in the Manhattan community.

To the surprise of exactly nobody, Kansas State football made a list of the 25 least dominant teams of the last 50 years. The Wildcats showed up at #12, but hey, at least Kansas is still worse.

— In New Mexico, the state governor sent a letter to the state’s two large public universities—New Mexico and New Mexico State—urging postponement of the college football season. Other governors could follow suit.

— Following in the Big Ten’s footsteps, the Pac-12 has announced an aggressive conference games-only schedule with games beginning in September, and with multiple dates suggested for the conference championship game.

— The NCAA is advising its member schools that student-athletes who test positive don’t need to be tested again for three months unless they have symptoms. The goal may be to conserve testing resources, but this seems like a bad move. The NCAA has also suggested that players be tested weekly, about 72 hours before a game, which also seems like a recipe for disaster.

— A professor at Washington State is monitoring the impact of COVID19 on college football by tracking and analyzing data from across the country. You can follow along at covidcfb.com.

Have a good weekend. Stay safe and healthy!